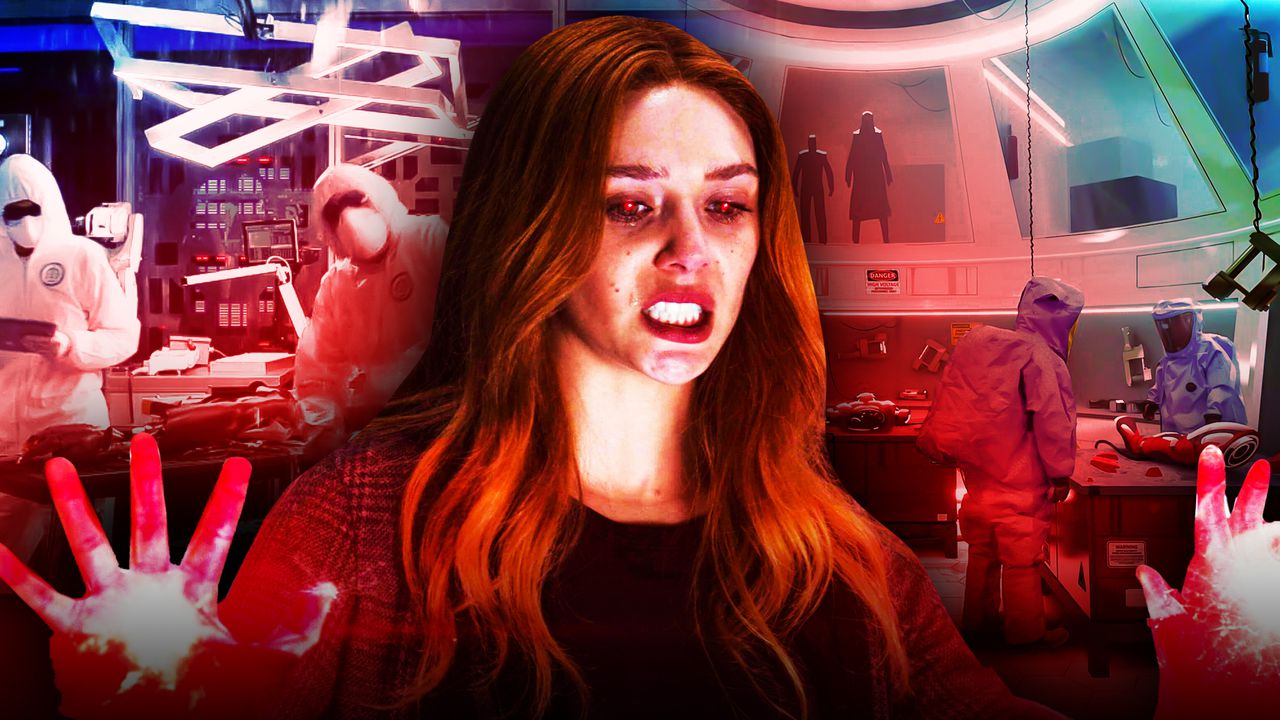 While MCU fans are currently enjoying the premiere episode of The Falcon and the Winter Solider, there is still plenty of time to enjoy the entire run of the franchise's first Disney+ series, WandaVision. With all nine episodes now available to stream, fans are free to take in the entire story at their leisure and find new details at every turn.

The show's cast and crew are now able to discuss many of the secrets that had to stay hidden during WandaVision's run on Disney+, who are giving some fantastic information for diehard fans to enjoy. Some of these teases include behind-the-scenes facts about the Vision vs. White Vision fight and details on how Agatha Harkness' origin story scene evolved over time.

The most recent of these inside looks gives some insight into one of the most emotional moments of WandaVision's eight-week journey.

A LOOK AT VISION IN SWORD HQ

Concept artist Matt Tkocz took to Twitter to share two images that he worked on for a scene from "Episode 8" of Marvel Studios' WandaVision. The images give an early look at SWORD taking Vision's body apart as they try to work on the vibranium and technology inside him as Wanda watches.

The first piece of concept art shows SWORD agents in handyman attire working on the pieces of Vision's body as Wanda glares from overhead.

The second piece of concept art is almost identically to the first, except that the SWORD agents are now depicted in blue hazmat suits.

For reference, the scene in the episode's final cut appeared as such:

While the early concept art certainly gives a good foundation for what came in "Episode 8" of WandaVision, the final result took the details to an entirely new level.

Vision's limbs in the final cut didn't look nearly as clean as they do in the concept art, with much of the wiring and inner material sticking out from the ends of the legs, arms, and neck. The area also doesn't have nearly as much space for the scientists to move around in, giving more of a feeling of tension as Wanda watches the team tear Vision apart.

This scene was one of the most emotional moments of WandaVision as Elizabeth Olsen's leading character realized that SWORD was tearing Vision to pieces after his death in Avengers: Infinity War. That event was one of the biggest triggers for the Scarlet Witch before she got to Westview and lost control, creating her alternate reality out of thin air.

This moment and more can be seen in WandaVision, which is now available to stream on Disney+.