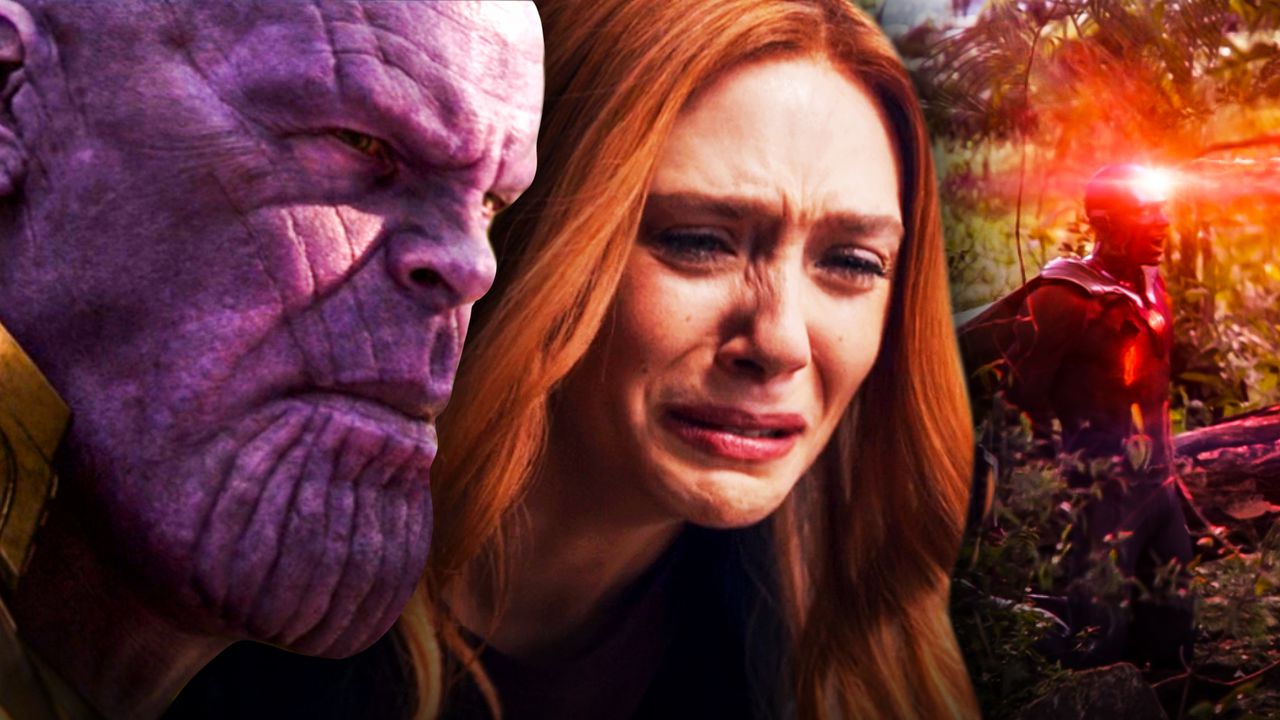 Warning: This article contains major spoilers from "Episode 8" of WandaVision.

Marvel Studios brought the penultimate episode in Season 1 of WandaVision in the middle of the night, along with some of the most traumatic and heartbreaking story points brought to the MCU in some time. With a plot centered fully on the backstories of Elizabeth Olsen's Wanda Maximoff and Kathryn Hahn's Agatha Harkness, MCU fans were treated to an entry of the franchise's first Disney+ show that changed the game after a light and fun beginning.

Looking back at how WandaVision started with six of its first seven episodes centered around sitcom-style realties, Marvel took a huge leap in bringing things fully back into the real world with filling in the blanks of this expansive story. Marvel CCO Kevin Feige mentioned early on how the last portion of the series would be the full-blown Marvel adventure fans have known and loved, and it's already delivering in a big way.

Along with all that action came a great deal of sorrow as well, as proven by a specific line later in the episode.

In "Episode 8" of Marvel Studios' WandaVision, the full scene of Wanda breaking into S.W.O.R.D. to retrieve Vision's body is revealed. After she breaks the glass and flies down to the lab to see Vision, she tries to read his mind and cries as her first words to him are "I can't feel you."

During an opening scene of Avengers: Infinity War, Wanda uses her powers to investigate the Mind Stone in Vision's head when it started to pulse and bother him. After Vision asked her what she felt, Wanda said to him softly "I just feel you" before their first on-screen kiss.

Vision repeats this line as one of his last words just before Wanda is forced to use her magic to destroy the Mind Stone, marking a tragic full-circle moment for Wanda and Vision's relationship.

IT CONTINUES TO BE ALL CONNECTED

This series is continuing to prove how much trauma and pain Wanda Maximoff has suffered, while fleshing out her backstory to new levels.

After Vision was brought to life in Avengers: Age of Ultron, he seemed to quickly develop a connection with Wanda by the end of that film. Catching up with the couple a year later in Captain America: Civil War, their relationship was already blossoming which was expanded upon in Agatha Harkness' trip down memory lane with Wanda.

The two developed into a true couple before the events of Avengers: Infinity War before Wanda had to kill Vision to stop Thanos in his quest to wipe out half of humanity, which still failed in the end. Fans even saw that Vision's final words to Wanda before his death were "I just feel you," thereby cementing one of the saddest moments in MCU history.

The second-to-last episode of this series managed to turn the emotional dial all the way up to ten as Wanda and Agatha's pasts were explored in full. Now that the viewing audience has so much more insight into Wanda's pain and suffering, it should be no less than a massive ending to a truly special MCU project.

The final episode of WandaVision will premiere on Disney+ on Friday, March 5, 2021. "Episode 8" is now available to stream.