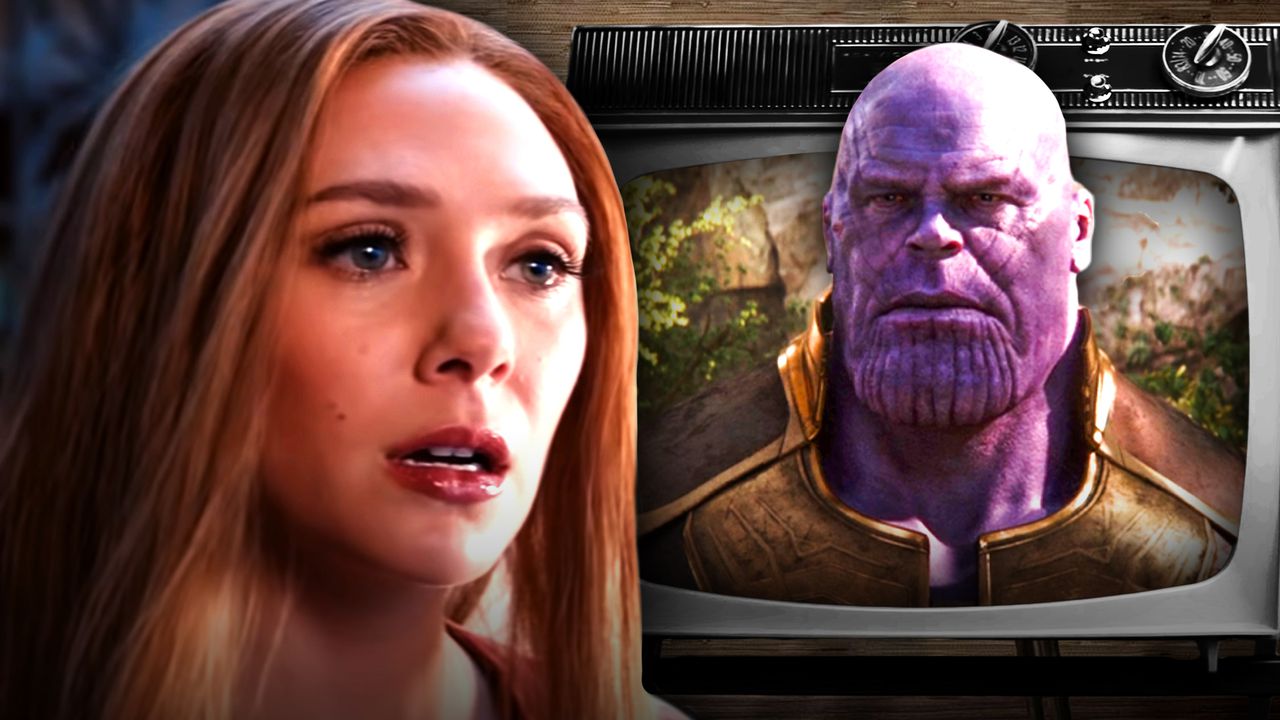 Marvel Studios' expansion into mini-series on Disney+ is about to begin in just a few weeks, as WandaVision is set to release in January 2021. These shows will branch off from the ending of the Infinity Saga, which concluded with the double blockbuster event of Avengers: Infinity War and Avengers: Endgame.

Endgame, in particular, directly set up multiple Disney+ properties, featuring events like Loki stealing the Tesseract and Steve Rogers passing the Captain America torch to Sam Wilson. The movie also brought Elizabeth Olsen's Wanda Maximoff back from Thanos' Snap in preparation for her starring role in WandaVision alongside Paul Bettany.

The MCU movies have only lightly teased Wanda and Vision as a couple thus far, although one specific served as inspiration for their Disney+ series, according to one of lead Marvel creative.

In a new article from SFX Magazine, WandaVision producer and screenwriter Jac Schaeffer referenced Wanda Maximoff and Vision's opening scene from Avengers: Infinity War as an inspiration for the overarching plot of the Disney+ show.

Schaeffer, who also co-wrote the MCU's Black Widow, wanted to use this series as a way for the two lead characters to escape the everyday world and find out how they could evolve together:

"I really liked the more mundane moments or the small character moments [in the MCU]. In Infinity War, [Wanda and Vision] have this moment in Scotland where they put their life as superheroes on pause, and I think that is very relatable to people. It’s the idea of ‘Let’s hide away from the world and just be, and see if this works.’ And when I pitched Black Widow, I had a lot of ‘What’s her real-life like in the real world?’ She’s a superhero and a crazy assassin, but what’s underneath that? That is one of the really delicious and exciting things about WandaVision. We get to see the two of them in several very domestic environments. And we took those moments from the MCU that really shine, and I felt grateful and excited to drop into that space with them for longer."

Wanda and Vision's first scene of Avengers: Infinity War placed them in a Scotland hotel as Vision felt the effects of the Mind Stone in his forehead. Wanda utilized her powers to try to figure out what she felt inside his mind before Proxima Midnight and Corvus Glaive attacked, throwing the two heroes in the fight to protect the Infinity Stones.

Following Captain America: Civil War's airport battle in Germany, Wanda Maximoff and Vision had spent the two years between the Captain America threequel and Infinity War on the run together, hiding out as the officials in charge of the Sokovia Accords scoured the globe to find them. This time undoubtedly gave them an opportunity to see if their relationship would last away from their superhero lives, and their bond became rock-solid through their world travels.

WandaVision seems to be picking up from this time in their lives, although it will be shown through the lens of popular network TV series. As the two live out the ideal suburban life from the 1950's through present day, Jac Schaeffer seems intrigued to find out how this kind of environment will help them grow even closer as a couple, superpowers and all.

Wanda and Vision's home life, and much more, will be explored in its entirety when WandaVision premieres on Disney+ on January 15, 2021.