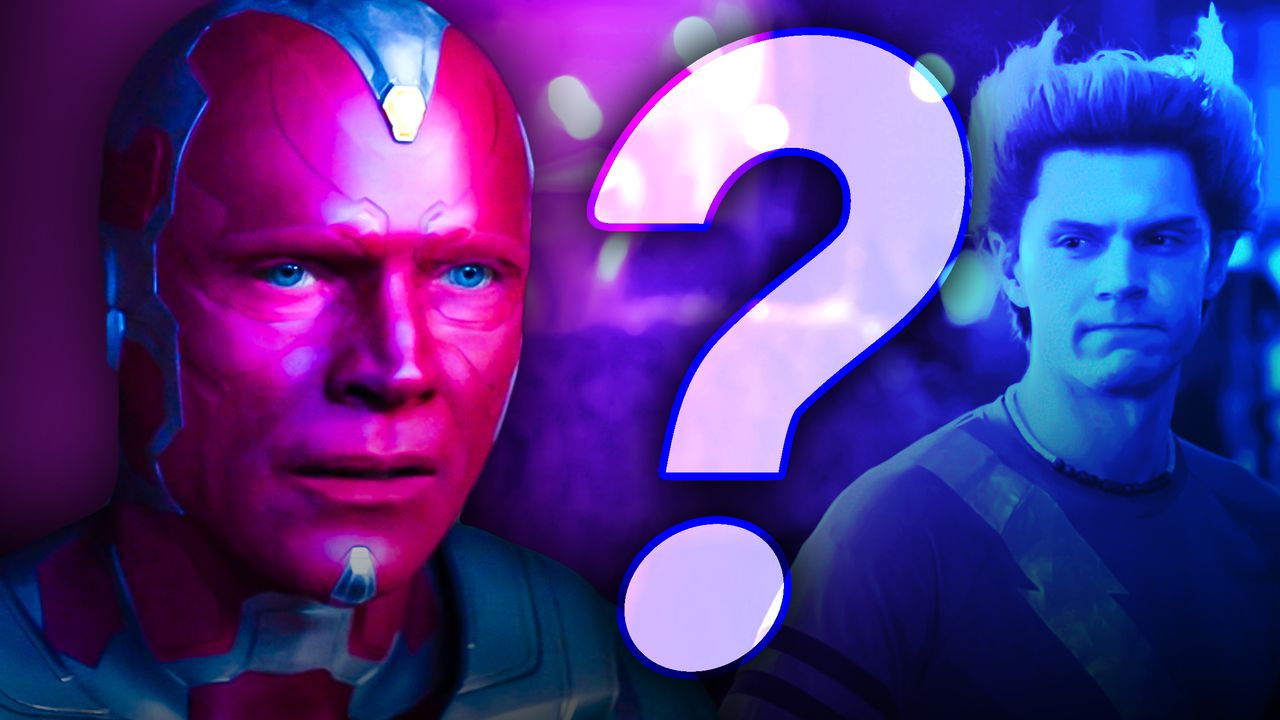 Marvel Studios' first venture into long-form storytelling on Disney+ is already becoming a massive success thanks to the crazy story revealing itself in WandaVision. Every week seems to bring new surprises while simultaneously leaving fans on the edge of their seats every time "Please Stand By" comes onto the screen.

In the past couple of weeks, things have been getting even crazier than expected both inside Wanda's Westview Hex and in the S.W.O.R.D. base surrounding it. Evan Peters' Pietro Maximoff is causing plenty of concern by reentering Wanda's life while acting Director Tyler Hayward appears hellbent on both terminating Wanda and bringing Vision back to life for his own personal gains.

While these plot events are deservedly front and center right now, there are still some major reveals set to come in the show's last three episodes. One of those reveals was recently discussed in a chat with WandaVision's leading man...

In a recent interview with Esquire, via ComicBook, Paul Bettany tackled the topic of who the major MCU cameo in WandaVision will turn out to be.

Bettany confirms that this cameo is not Evan Peters as Quicksilver, and that there is "one character that has not been revealed." Describing the experience as "fireworks on set," the Vision actor seems unable to hold back his excitement to see it come to fruition:

"This is the theory that says there is some mysterious Avenger who is going to appear in WandaVision, and people seem to think that mysterious Avenger is Doctor Strange. Truth is, of all of the characters that we were trying to keep secret, a lot of them got out through leaks. There is one character that has not been revealed and it is very exciting, it's an actor I've longed to work with all of my life. We have some amazing scenes together, and the chemistry between us is, I think, extraordinary, and it was just fireworks on set. So I'm really excited for people to see that stuff."

The full interview can be seen here:

WHO WILL THIS MAJOR CAMEO BE?

Fans have wondered who will make this major MCU cameo as WandaVision comes to a close, even the staff at The Direct ourselves. Considering how deeply this Disney+ series is integrating itself within the larger MCU narrative, the anticipation is growing as the world theorizes the answer to this lingering question.

Even taking into account how adamant Bettany is that this actor is one he's never worked with before, it's feeling tougher by the day to nail down whom the WandaVision star is referring to with this surprise cameo. There are actors both in and out of the MCU that Bettany has never teamed up with before, and considering that Wanda is creating this new reality mostly out of thin air the possibilities are endless.

In the end, this cameo will almost certainly be one of the biggest moments in MCU history when it reveals itself over the next two weeks. Looking at how Bettany's pure giddiness and joy as he looks ahead, the MCU fandom is assuredly in for a wild ride down the stretch.

WandaVision will continue when Episode 7 premieres on Disney+ on Friday, February 19, 2021.