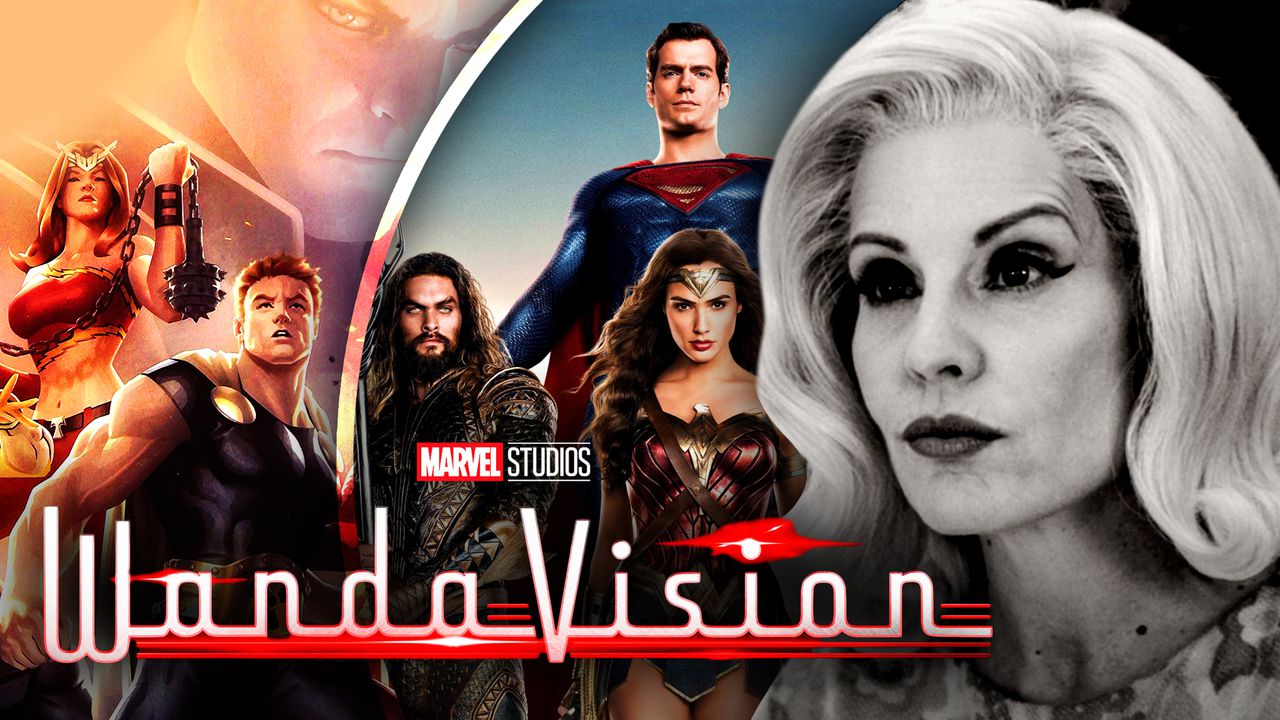 WandaVision is expected to change the MCU in a multitude of ways, starting with the show's focus on alternate realities. The inaugural MCU Disney+ offering has been making a splash lately, earning the honor of being the best-rated MCU title on Rotten Tomatoes while also being a subject of numerous fan theories online.

From the show's villain to S.W.O.R.D.'s involvement, WandaVision has no shortage of speculation from viewers. At this stage, this isn't a surprise due to the fact that this is Marvel Studios' first entry in their ambitious Phase 4 slate.

Interestingly, WandaVision showrunner Jac Schaeffer revealed that some of those predictions are “accurate,” and “there's a lot that's very amusing.” Now, an eagle-eyed fan may have uncovered an interesting tidbit about a specific character from the show, and it could have major implications for the larger MCU moving forward.

Murphy's Multiverse's own Edward Rose (Superhero Theorist) originally pointed out Dottie, the haughty neighbor in WandaVision, could have strong ties to a powerful member of Marvel's Squadron Supreme: Moonglow.

Mein Gott I’ve been looking at dis ALL wrong. Dottie isn’t Clea, this is Moonglow. This is Moonglow from the Squadron Supreme. WTTTFFFFFF pic.twitter.com/i1MIltXDmN

First, they pointed out that Dottie's husband, Philip, could be a direct reference to Philip Jones, Moonglow's husband in the comics.

Dottie has a husband named Phillip. Phillip Jones. Now I always wondered where I heard that from. And then it hit me, Philip Jones is Moonglow’s husband in the comics. pic.twitter.com/S3iCPIE69z

For those unaware, UpToTask shared that the Squadron Supreme is Marvel's version of Justice League, and “Moonglow is their Zatanna.”

For those of you who don’t know, the Squadron Supreme are basically the Justice League in the 616. Each one of them is based off a member of the Justice League. And Moonglow is their Zatanna. pic.twitter.com/pKxEazvFzV

On a final note, the user admitted that fans should take his theory with a grain of salt, but they also noticed that Marvel “has seemed to have pushed Squadron [Supreme] a little more than usual lately.”

I also have not put it past me that Marvel has seemed to have pushed Squadron a little more than usual lately. I’m open to being wrong about this but after watching the show 80 times this just hit me. Take it with a grain of salt. pic.twitter.com/SHKjA2Dmpy

A CONNECTION TO THE LARGER MULTIVERSE?

If this theory ends up being true, it will no doubt change the complexion of WandaVision. Emma Caufield's Dottie is one of the interesting “neighbors” of Wanda and Vision due to Agnes' remarks about the character being the most powerful figure in Westview. In a way, this could serve as a clue to Dottie's real-world persona.

In Marvel Comics, one of the powerful abilities of Moonglow is modifying the perceptions of other beings through illusions. That being said, there's a good chance that Dottie could end up being the focal point of Westview's bubble, maintaining illusions all throughout to preserve Wanda's reality. However, it's currently unknown if she is helping or preventing Wanda from escaping.

On the surface, it's pretty odd that Moonglow will make her debut in WandaVision, especially considering her connections to the Squadron Supreme. Given that the famed superhero team is usually set in an alternate Earth, it's possible that Wanda may have pulled Moonglow from a different reality accidentally.

For the uninitiated, the Squadron Supreme is usually being touted as Marvel's version of Justice League due to similarities between the two teams. Aside from Moonglow, the Squadron Supreme has members that resemble the iconic DC team, such as Hyperion as Superman, The Whizzer as The Flash, Nighthawk as Batman, and Power Princess as Wonder Woman.

Oddly enough, the Whizzer was actually referenced during the animated opening of the second episode of WandaVision, adding another layer of evidence that Dottie could ultimately end up as Moonglow.

This should also explain Dottie's brief realization that Wanda's Westview is not what it seems during "Episode 2." There's a strong chance that her magical powers could've woken her up temporarily, but Wanda's strong grasp of Westview prevented her from fully realizing what's really going on.

At this point, the idea of Wanda pulling people from other realities is not far-fetched, especially after rumors of Evan Peters potentially joining the show as Fox's Quicksilver. It seems that Wanda will do anything to achieve a perfect life.

Moonglow's arrival in WandaVision aligns with earlier rumors that the Squadron Supreme will debut in Loki. If anything, Dottie's inclusion could serve as a major step in the team's introduction in the latter half of Phase 4.