The Marvel Cinematic Universe is set to venture into weird and ambitious territory through the upcoming release of WandaVision . The series is among the long list of Disney+ shows under the MCU umbrella that will directly tie into the movies. A slew details have already been revealed about the show over the past few months, which makes fans intrigued about the overall outlook of the series. Based on the series' only trailer (so far) , the show will follow Wanda Maximoff (Elizabeth Olsen) and a seemingly-resurrected Vision (Paul Bettany) as they seem to be trapped on an alternate sitcom-based universe.

The series seems to be a complex outing for the heroes since Olsen and Bettany revealed that the Disney+ show will transition "into an epic Marvel movie that [fans have] grown to know and love." Marvel Studios president Kevin Feige also chimed in on WandaVision , teasing that the show will be "entirely fun, somewhat scary, and will have repercussions" for the Phase 4 slate of the MCU. Additionally, the events of WandaVision will directly tie into Doctor Strange in the Multiverse of Madness . The appearance of Wanda in the Doctor Strange 2 is confirmed, but the circumstances that led to her involvement in the film remain a mystery.

While it is hard to predict the plot of WandaVision through the slew of details that have been revealed, a recent casting addition may shed some light on how it all ties together into the larger MCU (multiverse). Insider Charles Murphy shared in a report that Evan Peters is set to play a "key role" in the Disney+ series, but the mystery role is being kept under wraps. While some fans have a growing belief that Peters will reprise his role as Quicksilver from Fox's X-Men universe, there are a number of other characters that Peters could end up playing in WandaVision .

Below is The Direct's breakdown of potential Marvel characters that Peters might play in the series. 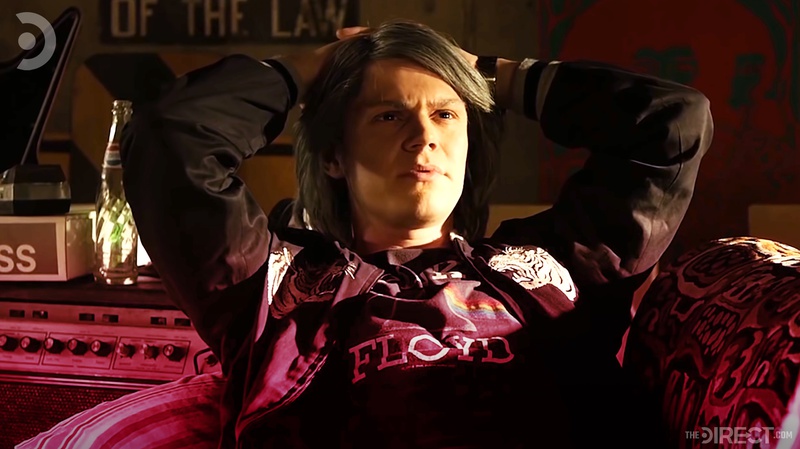 On the surface, the obvious choice for Peters' role is Quicksilver from Fox's X-Men franchise. Peters played the role thrice in X-Men: Days of Future Past , X-Men: Apocalypse , and in last year's Dark Phoenix . With the character fresh in the minds of many along with the Fox-Disney deal set in stone , it is possible that the MCU is considering Peters' version of Quicksilver as the connecting thread of the X-Men movies to the larger multiverse.

MCU's Quicksilver, who was previously played by Aaron-Taylor Johnson, had died during his debut in 2015's Avengers: Age of Ultron, and his death left a gaping hole in the life of Wanda ever since. Aside from Vision, it's not hard to imagine if Wanda would try and resurrect her brother as well through her reality-altering powers - an ability that is rumored to debut in the series . Given that WandaVision has direct ties with Multiverse of Madness , Wanda's new ability could involve opening up portals to other parallel Earths. By scouring through those Earths to find an alternate Pietro who is alive and well, Wanda could accidentally meet Peters' Quicksilver along the way.

The interaction between the two could bridge Fox's X-Men universe to the MCU, presenting a plethora of possibilities. There is a chance that Peters' key role could only serve as a cameo before venturing into a larger role in future movies or shows. With Aaron-Taylor Johnson not returning any time soon to the MCU, it is possible that Peters' Quicksilver could be the perennial speedster for the billion-dollar franchise when it's all said and done. 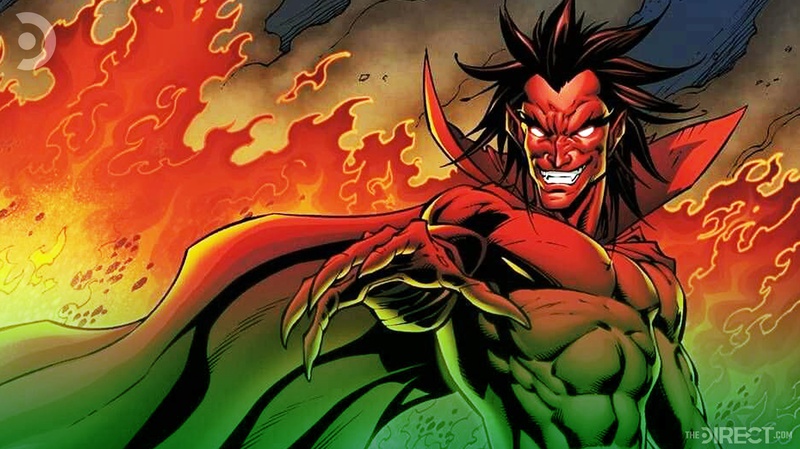 Created by Stan Lee and John Buscema, Mephisto debuted in the pages of The Silver Surfer # 3 . The classic Marvel villain is based on Mephistopheles, who is a demon character from the Faust legend. The villain had a major role during the Infinity Gauntlet storyline from the comics but the character hasn't appeared in the MCU's Infinity Saga. It's appropriate for the character to debut in a property like WandaVision and the actor playing him might be Evan Peters.

Aside from the hip and cool Quicksilver character from Fox's X-Men films, Peters has also played villainous roles in the world of American Horror Story . Given his experience, there is a possibility that he could be playing a villainous character like Mephisto rather than a heroic mutant.

Mephisto serving as the villain of WandaVision makes sense story-wise. In the comics, Wanda used Mephisto's soul to give birth to her twins, Tommy and Billy, which would later become Speed and Wiccan - two members of the Young Avengers. Previously, a leaked audition tape along with a blink-and-you'll-miss-it cameo from the show's trailer seemingly confirms the appearance of the twins, thus paving the way for the demon to appear in the Disney+ series.

As Mephisto could prove to be a formidable villain for both Wanda and Vision, the idea of Peters playing the demonic Mephisto is not far-off, as an appearance would allow him to jump off to the main MCU movies down the road. 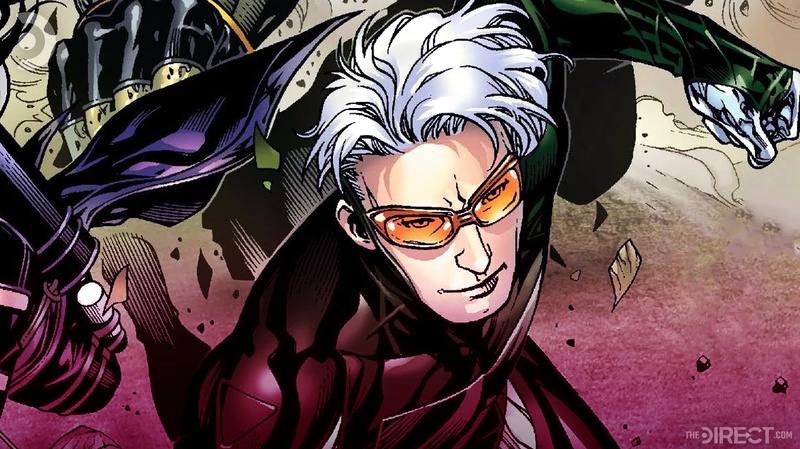 Speed is the other half of the twin children of Wanda and Vision, so it's not unlikely for the character to appear in the series. It has already been rumored that the twins will appear in some fashion in WandaVision . While the trailer suggests that the twins are just babies when the show starts, the multiverse aspect and the reality-based powers of Wanda should be enough evidence that a teenaged version of the character could come into play.

The idea of Peters playing another speedster would provide an interesting callback to his previous Quicksilver role. However, given the age of Peters, he would likely need to play a near-adult Speed. This would open up the opportunity for him to appear in one of the episodes to potentially helping his heroic parents on a mission. 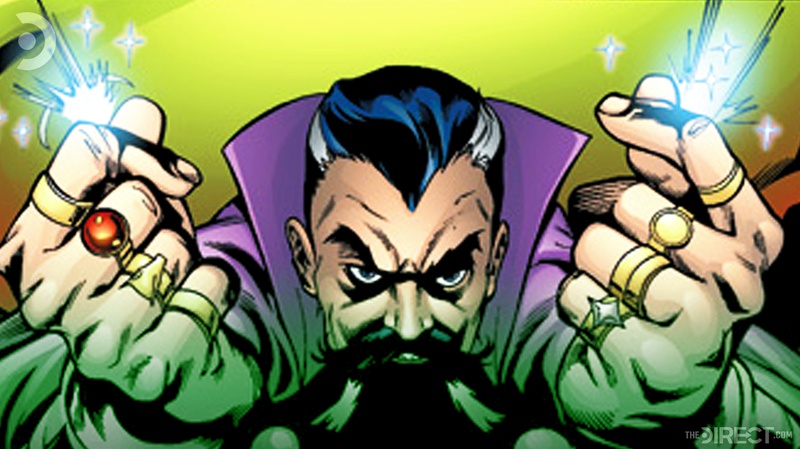 In WandaVision , Kathryn Hahn is set to play the "nosy neighbor" Agnes, but this seems be a front based on previous rumors and set photos . It has been rumored for a while now that Hahn will be playing Agatha Harkness - one of the original witches from the Salem Community . In the comics, Harkness served as the magical mentor of Wanda Maximoff. Given her connections to Wanda, the character appearing in the Disney+ series is close to inevitable.

If the rumors and set photos prove that Hahn is indeed playing Agatha Harkness, it is possible that her son, Nicholas Scratch , could appear in the series as well, potentially played by Peters. In the comics, Scratch is a powerful sorcerer who had run-ins with Doctor Strange and the Fantastic Four. At this point, Scratch's role in WandaVision is still unknown but there is a chance that he could serve as a villain in one or two episodes before jumping off to the movies. After Avengers: Endgame , the existence of sorcerers in the MCU are widely known, so a future encounter between Nicholas Scratch and Doctor Strange is not out of the question.

Ultimately, the idea of Evan Peters playing a sorcerer opposite to Strange and Wanda would be an interesting sight to see. 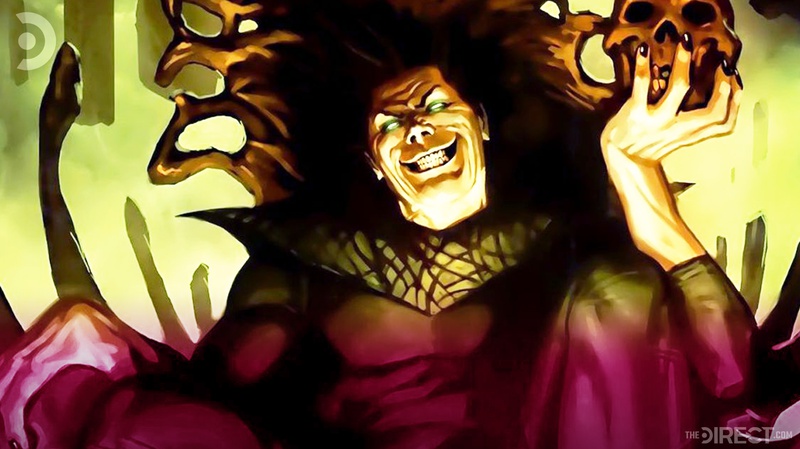 Considering the weird sitcom vibe of WandaVision , there is a chance that all of its events are happening within Nightmare's Dream Dimension, with the villain manipulating Wanda for his own interest. Peters playing Nightmare in WandaVision would provide fans a glimpse at the nefarious ways of the villain before seeing him in full glory in the Multiverse of Madness . Interestingly, it was rumored late last year that Doctor Strange will also be appearing at the tail end of the series , potentially setting up the multiversal conflict in his sequel. All this evidence suggests that Nightmare could square off against the Sorceror Supreme, and who wouldn't want to see Evan Peters go toe-to-toe with Benedict Cumberbatch?

Do you agree with our picks? Which character do you think Evan Peters will portray in the Marvel Cinematic Universe? Let us know in the comments and poll below!