Thor: Love and Thunder to Use Star Wars: The Mandalorian's Volume Technology For Filming

Thor: Love and Thunder is one of many exciting projects that will debut in the massive Phase 4 slate of the Marvel Cinematic Universe. Directed by Thor: Ragnarok 's Taika Waititi , the fourth installment of the Thor franchise is set to reunite Chris Hemsworth's Thor and Natalie Portman's Jane Foster, but it will be the latter who will wield Mjolnir this time around.

As expected, plot details are still being kept under wraps, but a good amount of teases from Waititi have already emerged in the past few months. The quirky director shared that the MCU film will be "over the top, in the very best way" while also providing fans with brand new looks at New Asgard and Miek. Not only that, Hemsworth also praised the film's script by sharing that "it's one of the best" that he's read in years.

Meanwhile, production has yet to start, but Portman did tease that filming could begin at the beginning of next year in Australia. Now, a new report has emerged, and it details an important aspect of the film's production amid the ongoing health crisis. 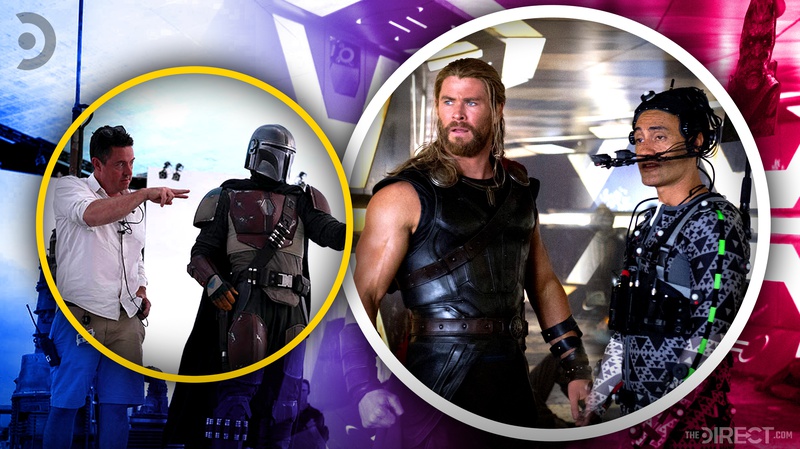 The Hollywood Reporter shared in a report that Lucasfilm's VFX unit, Industrial Light & Magic, is set to expand, and it will support different productions, including Taika Waititi's Thor: Love and Thunder .

The outlet also shared that "the expansion also supports a training program that's part of the company's diversity initiatives." As part of the expansion, a "larger custom volume" at Fox Studios Australia will be used for Love and Thunder . For those unaware, the virtual production technology, or The Volume, was the medium used for Star Wars' The Mandalorian .

It appears that Disney and Marvel Studios are both keen on finding innovative ways to properly start the production of several big budget blockbusters, and Thor: Love and Thunder is prime to utilize an effective tool to address potential challenges during the pandemic. In a way, using The Volume for Love and Thunder makes sense since Taika Waititi already had experience using the technology while filming the season finale of The Mandalorian .

Previously, The Mandalorian showrunner Jon Favreau pointed out the benefits of using The Volume during production. Favreau revealed that The Volume utilizes a "much more contained set" since "you can limit the number of people" during production. This goes to show that using this kind of technology serves as an advantage during the health crisis, and Love and Thunder will certainly benefit from it next year.

It remains to be seen if other MCU films will also use this virtual production technology when they start production in the coming months. Given the uncertainty of the situation along with imminent delays for several films, it's likely that Marvel Studios will look to adapt this kind of technology for other films as well provide a safe space to work for its cast and crew.