All the Big Reveals from Thor: Love and Thunder Director Taika Waititi During Instagram Live Rewatch

Thor: Love and Thunder was recently pushed back to premiere on February 18, 2022 due to the current pandemic. This means that Thor: Love and Thunder director Taika Waititi along with the rest of his crew have a lot of time in their hands to make the movie as best as possible. As revealed in San Diego Comic Con last year, Thor 4 will revolve around Natalie Portman's Jane Foster transforming into female Thor as well as Tessa Thompson's Valkyrie finding a new queen for New Asgard. Moreover, rumors of Loki potentially returning in the film as well as the confirmation of the Guardians of the Galaxy being featured in some capacity have been reported over time.

Amid the pandemic, several MCU directors have already revealed new details about previous MCU films by joining Comicbook's Quarantine Watch Party. Now, Waititi joined the fun as he recently did his own Watch Party of Thor: Ragnarok through his Instagram account while also including special guests Tessa Thompson and Mark Ruffalo. Waititi made several big reveals which include exclusive concept art pieces of Miek and New Asgard as well as a fake script that jokingly revealed that Tony Stark is still alive . Below is a compilation of other huge reveals from the livestream.

Asgardians will try to blend in with the humans

Based on the concept art that was revealed earlier, it seems that we will get to see a new side of Miek and the other Asgardians as they get to mingle with the humans. We already saw a glimpse of how life is in New Asgard with the likes of Korg and Miek eating pizza and playing video games during Avengers: Endgame . It will be fun to explore how Asgardians adapt to the life on Earth as well as exploring their relationships with the humans that were developed over the 5-year gap during Endgame .

Thor is just tagging along with the Guardians 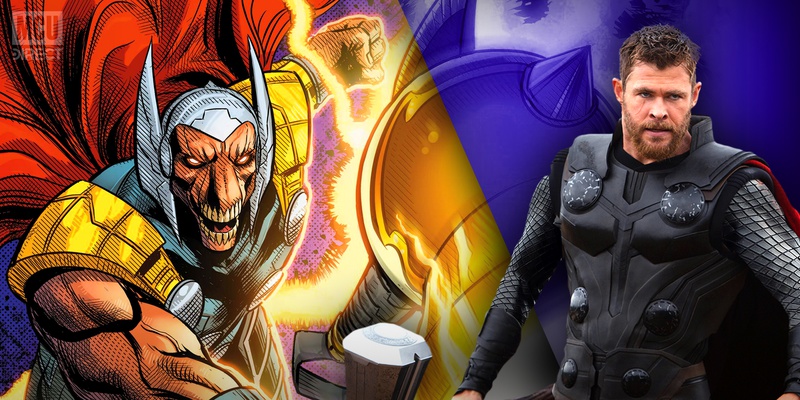 Beta Ray Bill has been the subject of rumors every time a new Thor movie is coming up. The character was already teased in Thor: Ragnarok and the fans didn't waste any time with asking Waititi about a potential appearance of the character in Thor: Love and Thunder . Unfortunately, Waititi played coy about the character's appearance in the next installment, saying that the situation is "up in the air." However, the fact that he loved the character enought to put him in Ragnarok is a pretty good sign. Who knows? This might just be one of the classic Marvel denials and he had us played all along.

"Bro Thor" will not be featured 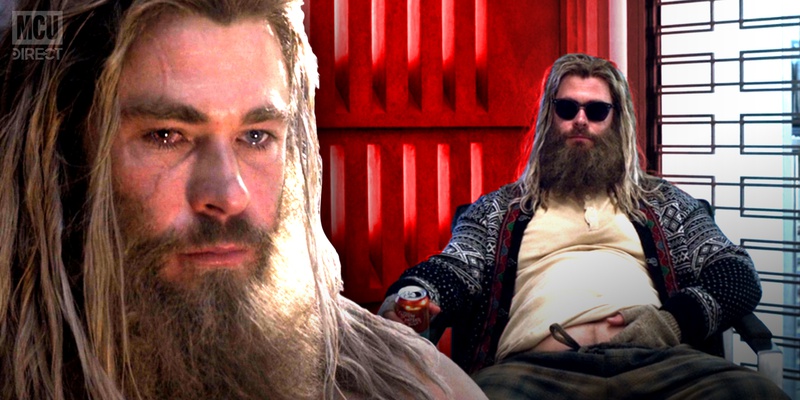 Fans who have been anticipating the return of "Bro Thor" in his next solo film will be disappointed with this reveal. When asked about it, Taika sheds doubt on the idea saying that they "haven't figured that out, but I feel like that's done." One would wonder if Thor's stint with the Guardians has something to do with his eventual body change.

It has been rumored that the Loki Disney+ series will connect in some way with Thor: Love and Thunder which means that the God of Mischief could make his return to the main MCU timeline. However, Waititi simply said that he "couldn't say" if fans will get to see Thor reunited with his adopted brother in the next film. 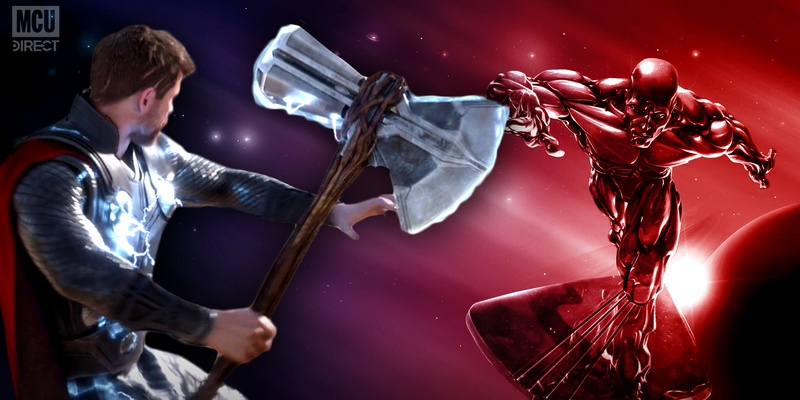 While the rumor mill suggests that Silver Surfer will debut in Thor:Love and Thunder , it seems that this has been debunked by Waititi himself. Contrary to rumors, Waititi revealed that Christian Bale will not play the character while expanding further that the cosmic character will not debut at all in his film. This actually makes sense given the sheer number of confirmed characters already. Silver Surfer deserves the spotlight when making his MCU debut and Thor 4 is not the appropriate stage for that.

A deleted scene from Thor: Ragnarok has been touched upon by Waititi as he revealed that it was necessary for them to change Odin's death scene. He revealed that introducing New Asgard in Avengers:Endgame played a major role in the change. Moreover, test audiences from early screenings also played a part as he shared that they were not heavily invested in seeing Odin die in an alleyway as a homeless person. You can check his full quote below:

"Here's the thing, alley ways aren't cool. Fields are cool. Ask anyone. We originally shot some of that stuff on the set of our stuff in New York. What we wanted to do was have them go down to Earth and they see Doctor Strange and stuff but it felt too convenient that he was suddenly just down the road in an alley and also everything, up to then, everything was so fast-paced and all over the place. We wanted to go somewhere peaceful and actually chill out with those characters and be with Odin while he imparts this wisdom and stuff and not have to hear stupid yellow cabs honking out the back."

Thor: Love and Thunder's Script is "Over the Top"

One of the interesting reveals from Waititi is about the script of Thor: Love and Thunder . Describing it as " over the top," Waititi described that the development of the film is "like 10-year-olds told us what should be in a movie and we said yes to every single thing." As crazy as it sounds, this suggests that there will be a lot of risks that Waititi and his crew will be pulling off in the next entry in the Thor franchise.

Korg's backstory will be explored 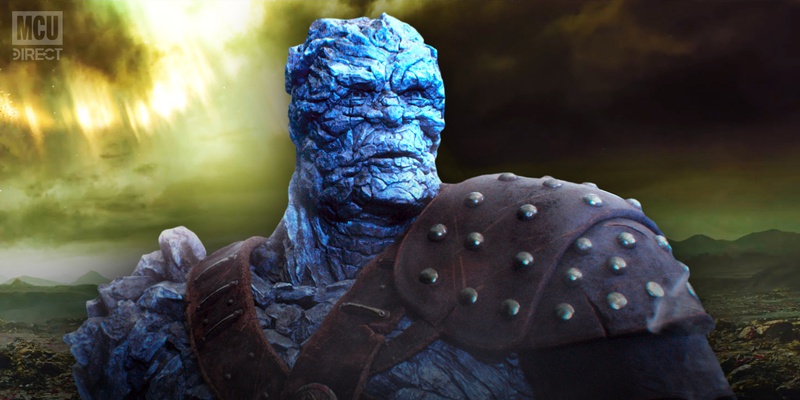 One of the breakout characters in Thor:Ragnarok is the friendly Korg who is coincidentally played by Waititi himself. It has been confirmed during his livestream that Thor:Love and Thunder will explore the backstory of the character which includes his origin and his culture. Here is his full quote about Korg and his backstory:

We do touch on Korg's culture. Where he's from.... if you look in the comics about Kronans, it's an interesting thing about where they come from.

While addressing some fan questions, Waititi revealed that "space sharks" will appear in the Thor: Love and Thunder . This holds significance for fans of the Jason Aaron's Thor run since it will mark the debut of the Starsharks in the MCU. Created by Chris Claremont and Dave Cockrum during the Uncanny X-Men #162 , these types of sharks were a constant presence in Jason Aaron's Thor. One famous appearance of the characters was when three generations of Thor coming together to fight them. For all we know, this might be a tease on Waititi's part as we could see Thor, Jane, and Valkyrie fighting together to fend off these beasts.

Hulk could return in Thor 4 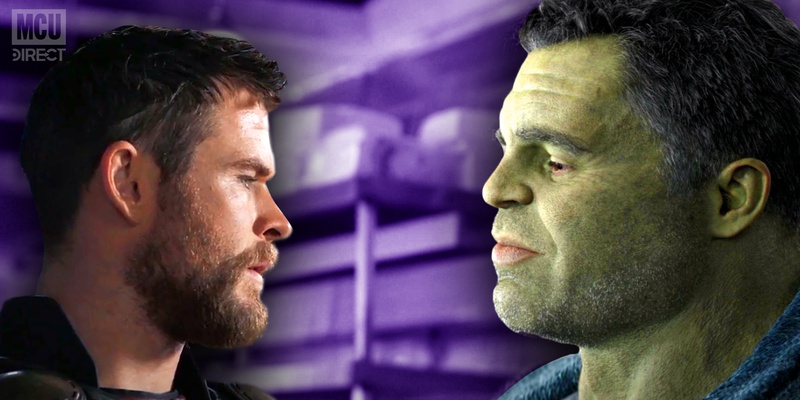 Mark Ruffalo joined the live as a special guest and Waititi hinted that we might see Ruffalo return as Hulk in Thor: Love and Thunder . We could take this as a grain of salt since they were joking around when Waititi revealed it but it makes sense from a story perspective. During Avengers: Endgame , Hulk was familiar with New Asgard and already had an established bond with Valkyrie, Korg, and Miek after fighting alongside them during Ragnarok . Hulk's relationship with the Asgardians could be explored and we could get answers as well on what he is currently up to after the Infinity Saga.

All of these reveals pretty much confirm that Thor: Love and Thunder is a massive movie. Based on the current Phase 4 timeline, the film is scheduled last in the slate which is usually the spot of the Avengers films. Since there are currently no Avengers-type film scheduled in the time being, this film is set to live up on its crossover potential since the likes of Hulk and the Guardians will be joining the adventure. With production for all Marvel Studios films being delayed until September , one would hope that Waititi and the rest of his crew will find the right formula on how to balance all the moving parts of the next Thor movie.