The Eternals is set for release on February 12, 2021, and will be the first film of Phase 4 to establish a new set of characters in the Marvel Cinematic Universe. No official plot details have surfaced yet, although listings for upcoming merchandise point to possible story beats.

Whilst news from The Eternals has been quiet as of late, presumably in anticipation of a new trailer at some point down the road, some interesting tidbits have surfaced. Kumail Nanjiani, who plays Kingo, talked about the significance of being Marvel Studios' first Pakistani superhero as well as the struggles with his self-image surrounding his muscular transformation. A cast listing also indicated that the film would span various different points in history, specifically some sort of Babylonian wedding in one portion of the film.

Don Lee, also known as Ma Dong-seok, plays the character of Gilgamesh in the film and has now shared some photos which reveal interesting details about the film...

Don Lee shared a new photo to his Instagram page showing off several photos from the production of The Eternals from last year. Within these, there are images of a welcome letter from Marvel Studios addressed to Lee, as well as Lee's on-set chair.

Most notably, Lee shared a photo of his trailer, which includes a new poster featuring The Eternals: 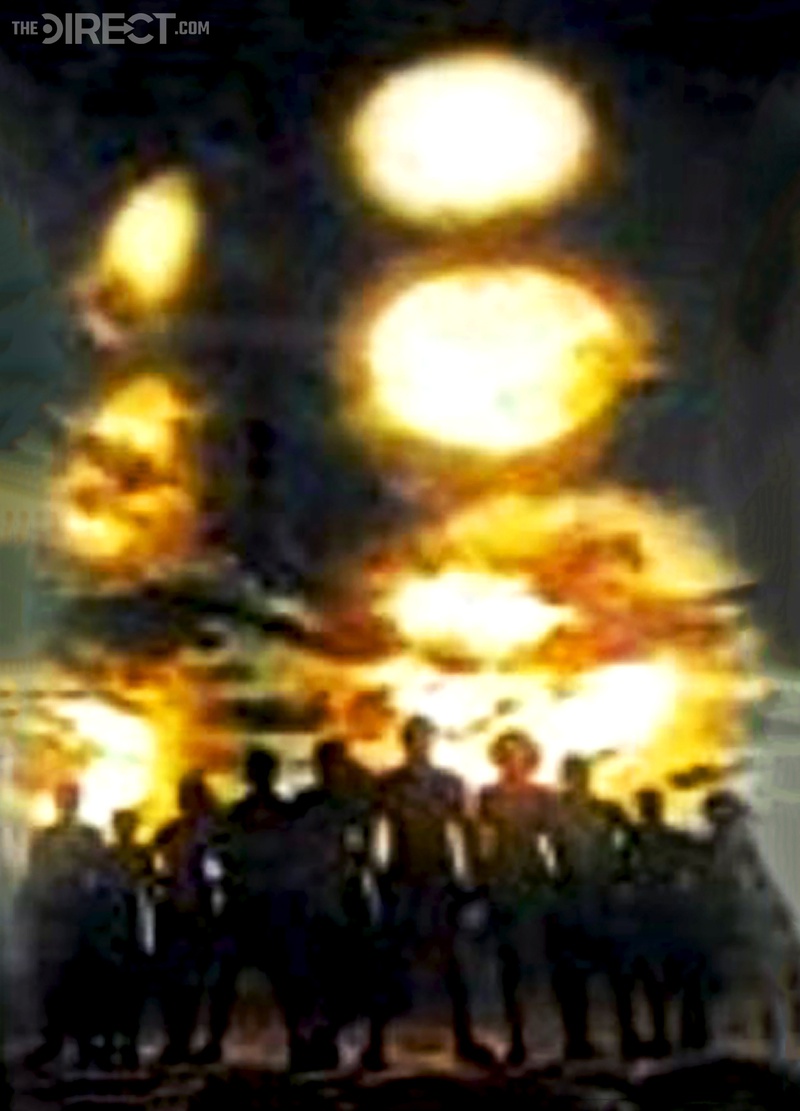 The image itself is relatively dark and covered in shadow, but some aspects of the poster still stand out. The most apparent aspect is that the The Eternals themselves are front and center, reinforcing that they are reuniting to deal with the threat of the Deviants as illustrated by the plot synopsis:

Marvel Studios' The Eternals features an exciting new team of Super Heroes in the Marvel Cinematic Universe, ancient aliens who have been living on Earth in secret for thousands of years. Following the events of Avengers: Endgame, an unexpected tragedy forces them out of the shadows to reunite against mankind's most ancient enemy, The Deviants.

The poster also features what seem to be, at-first, unusual light fixtures in the night sky above the team. On closer inspection, these circles of light appear to be from the helmet of a Celestial, the very same one that appears in Guardians of the Galaxy . This character's prominent appearance in this poster conveys the sheer scale of these beings, completely dwarfing The Eternals .

Marvel fans will be able to see how the team interacts with these gargantuan beings when The Eternals releases in theaters on February 12, 2021.

Marvel Studios In Talks With Taron Egerton, And It Might Be For MCU's Wolverine