The Star Wars franchise will continue to expand in numerous ways. Several shows under the Disney+ umbrella are set to launch new storylines while also fleshing out generational characters such as Obi-Wan Kenobi, Cassian Andor, and Ahsoka Tano. On the video game side, Star Wars: Squadrons and LEGO Star Wars: The Skywalker Saga will provide fans an opportunity to relive the long-spanning narrative of the monumental franchise.

Meanwhile, Star Wars: The High Republic will serve as the latest offering of Lucasfilm Publishing. The novel will introduce fans to an unexplored era of the space opera franchise, giving an inside look at the golden age of the Jedi. In the past few months, there have been many hints on how it will all play out, and fans have been curious to see if any established character from the movies will make an appearance.

And now, it seems that one iconic character from the galaxy far, far away has been confirmed to join the much-anticipated novel.

Lucasfilm art director Troy Alders noted that the goal of adding Yoda to The High Republic "was to update" the Jedi Master while also "being careful and... true to the Yoda that we all know and love:"

“The goal was to update Yoda, but to be careful and be true to the Yoda that we all know and love.Also, to really make sure that the new look was believable, as this is really the first time that there has been an opportunity to update his look and his clothing. It felt like a daunting and enormous responsibility to embark on and get right.”

Alders also bared that Yoda's look in the novel is "fairly close" to his appearance during Star Wars: The Phantom Menace:

“Well, Yoda is not that much younger — around 700 years old instead of about 900. But we thought that with it being hundreds of years earlier, he would definitely have a different outfit, maybe even more than one. His age, as far as the way that his hair and face look, is maybe just slightly younger, but fairly close to his look in Star Wars: The Phantom Menace.”

"Right away, concept artist Iain McCaig felt like the go-to artist to help us start to explore this new look for Yoda so we called him up and started to talk about what directions to explore. This mission outfit, with just tonal markings on the robe, are inspired by the Jedi Temple architectural details. Many new fans may not even notice these very subtle additions. The temple attire, however, from this special time of the golden age of the Jedi, feels so right with its elegance, and we are all extremely grateful for the artists that helped us arrive at such a beautiful solution for this important milestone in the Star Wars timeline.”

Meanwhile, Star Wars: The High Republic author Daniel José Older expressed his excitement for Yoda's involvement in the novel. Older revealed that "The High Republic Yoda is a journeyman out in the galaxy:"

Older also shared that The High Republic's Yoda will still be "looking out for the young folks" during the Jedi Master's appearance in the novel:

"While he’s already a respected member of the Jedi Council at this point, we meet Yoda in IDW’s The High Republic Adventures series doing what he loves best: looking out for the young folks — in this case, a group of Padawans traveling around the galaxy to learn the ways of the Jedi with a hands-on approach. The Force study abroad program, basically.” 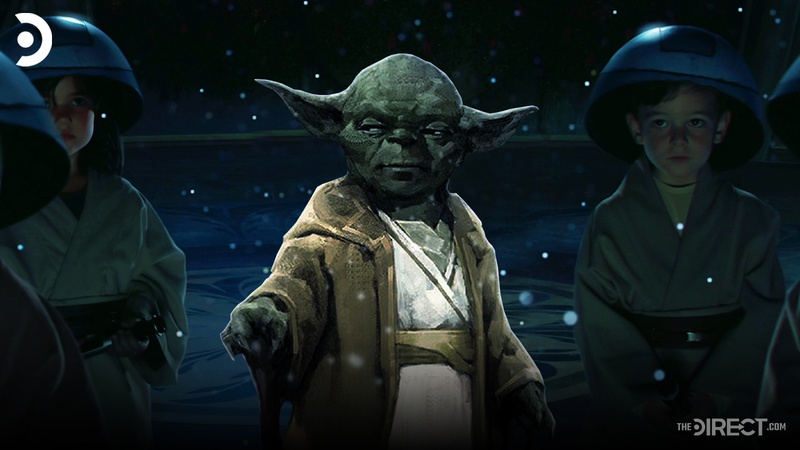 Anticipation is high for Star Wars: The High Republic, and Yoda's involvement will certainly elevate the hype for the novel even more. It is no secret that Master Yoda is an incredible Jedi, and fans will get the chance to know the character even more during his early days as a lightsaber-wielding force user.

It will be interesting to see how Yoda helped shaped the golden age of the Jedi while still focusing on his role as a mentor to younger Padawans. At this point, the character's journey during the golden age hasn't been explored much in Star Wars canon, and The High Republic has the rare opportunity of providing fans with answers about some mysterious aspects of the Jedi Master.

As expected, Yoda's mentoring will still be front and center during The High Republic. However, the author's comments indicate that a more "hands-on approach" will be seen from the Jedi, and it's curious to see how that strategy will play out. This presents a unique chance for the novel to dive deep into Yoda's vulnerable side while keeping the balance in terms of the wiseness of the character.

It remains to be seen if The High Republic will be adapted in live-action format, but the novel's core narrative has the potential to be a game-changer in the movie realm of the Star Wars universe.