The Star Wars franchise is looking to further expand its lore by introducing fans to a bunch of new content in the coming years. The transmedia franchise already introduced fans to a new game in the form of Star Wars: Squadrons, which is set to explore the events after the Battle of Endor even more. The much-anticipated second season of The Mandalorian will cover the live-action aspect of the franchise for the time being, along with the promise of more movies down the line.

With more stories to tell, Star Wars is set to gain new ground in the world of publishing through the upcoming release of Star Wars: The High Republic. Despite its delayed release to January 2021, many fans are still looking forward to it, since the interconnected novels are set to explore a new era for the space opera franchise. While the release is still a long ways away, it seems that an exclusive piece of High Republic content has made its way online, which is sure to keep the fans' excitement in-check.

IGN exclusively debuted the first chapter of Star Wars: The High Republic - Light of the Jedi. A piece of the excerpt can be read below:

Captain Hedda Casset reviewed the readouts and displays built into her command chair for the second time. She always went over them at least twice. She had more than four decades of flying behind her, and figured the double-check was a large part of the reason she was still flying. The second look confirmed everything she’d seen in the first.

“All is well,” she said, out loud this time, announcing it to her bridge crew. “Time for my rounds. Lieutenant Bowman, you have the bridge.”

“Acknowledged, captain,” her first officer replied, standing from his own seat in preparation to occupy hers until she returned from her evening constitutional.

Not every long-haul freighter captain ran their ship like a military vessel. Hedda had seen starships with stained floors and leaking pipes and cracks in their cockpit windows, lapses that speared her to her very soul. But Hedda Casset began her career as a fighter pilot with the Malastare-Sullust Joint Task Force, keeping order in their little sector of the Mid-Rim. She’d started out flying an Incom Z-24, the single-seat fighter everyone just called a Buzzbug. Mostly police action missions, hunting down pirates and the like. Eventually, though, she rose to command a heavy cruiser, one of the largest vessels in the fleet. A good career, doing good work.

On top of the reveal, the outlet also managed to interview the novel's author, Charles Soule, who shared that the excerpt serves as "our first look at the moment that changes The High Republic forever."

“The destruction of the Legacy Run is the catalyst for a galaxy-wide disaster. Fragments of the destroyed cargo vessel begin flying out of hyperspace at super-accelerated speeds, meaning that deadly missiles of debris can appear anywhere at any time, from the Outer Rim to the Core. In this moment of crisis, the Republic turns to the guardians of peace and justice—the Jedi.”

Soule also mentioned that Light of the Jedi will show an "epic disaster and a heroic, thrilling response by both the Republic and the Jedi to save lives and end the crisis."

“The opening beats of Light of the Jedi depict an epic disaster, and a heroic, thrilling response by both the Republic and the Jedi to save lives and end the crisis. It's just the beginning, though. The Legacy Run disaster kicks off a much larger story; it really is just one piece of a much bigger saga.”

Aside from the first chapter and interesting tidbits from Soule, IGN also revealed an exclusive look at an official concept art for the much-anticipated novel. 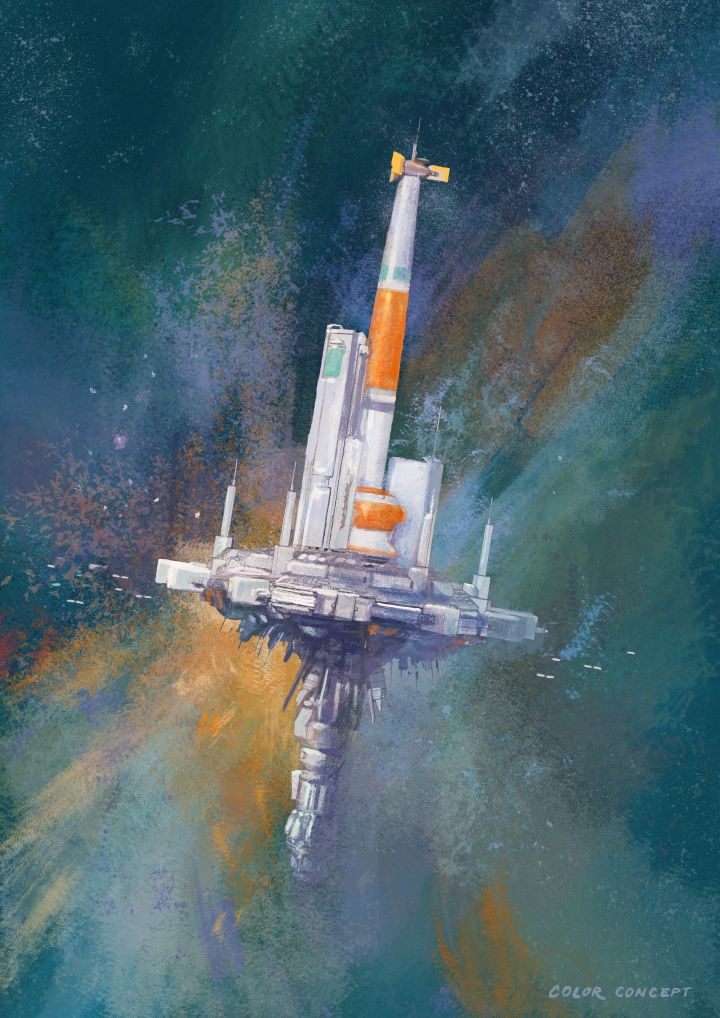 The promise of seeing a new era in the Star Wars franchise bodes well for The High Republic, since it provides fans a fresh perspective about the stories set in the galaxy far, far away. The first chapter should offer clues not just to the overall story but also hinting about the tone of the novel. More so, the chapter also provided a detailed explanation about the time period's current state, which presents a clearer picture for hardcore and casual Star Wars fans.

The first chapter fully showcases Soule's experience in writing for the Star Wars franchise. For those unaware, Soule has written for Marvel Comics, focusing on Star Wars stories centered on Darth Vader, Lando, Obi-Wan & Anakin, Poe Dameron, and The Rise of Kylo Ren. Based on Soule's comments, the promise of seeing how the High Republic changes over time calls for an interesting narrative that could presumably entice fans.

The concept art offered a great look at one of the novel's military vessels which is the Legacy Run. Soule mentioned that the Legacy Run's destruction will kick-off a chain of events that would put the galaxy in limbo, which puts the Jedi in a compelling position. While not much is known about how the story will be told, the story is set 200 years before The Phantom Menace, potentially offering a lot of interesting possibilities moving forward.