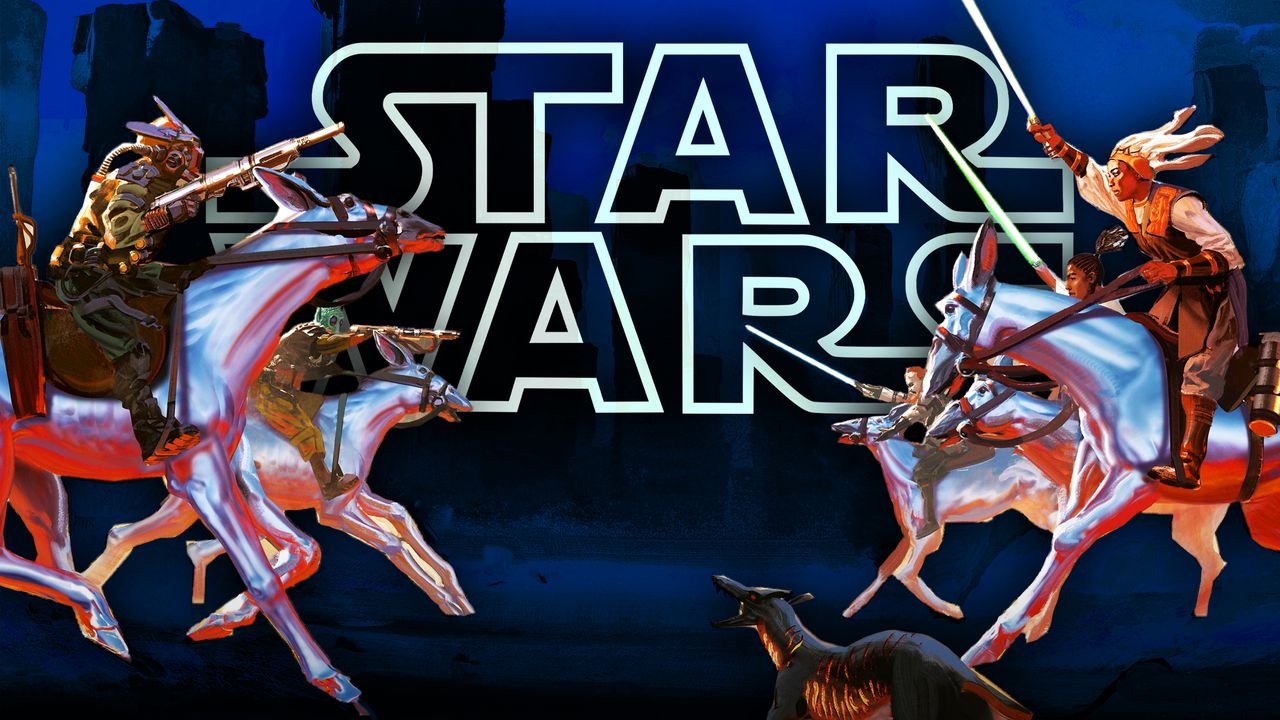 This article contains spoilers for Star Wars: The High Republic.

Star Wars is now embracing a brand new chapter after the successful yet divisive end of the Skywalker saga. A huge part of the next era of the epic space saga will be set in the past, which will be led by a plethora of stories from Star Wars: The High Republic.

The much-anticipated project from Lucasfilm publishing will look to focus on a period that hasn't been fully explored in Star Wars canon: the golden age of the Jedi. This specific point in the timeline is a fascinating stage to uncover for longtime fans, considering that it will add more layers to the most recognized group of characters of the saga.

It remains to be seen how the narrative will all tie together, but a spoiler-heavy reveal may shed some light on the matter.

During Episode 7 of Disney Insider, a key plot point from Star Wars: The High Republic was accidentally revealed.

In one of the screenshots of the episode, an image of the Drengir was shown, but the biggest takeaway was the short description that went along with it.

Reddit user muffinxpirate was able to uncover the included information in the image. It was revealed that the Drengir will “spark an interplanetary gang war” after killing Mygorgo the Hutt.

However, it seems that the Drengir will only serve as a “smokescreen” for the real villains of Phase 1 of the High Republic, since the Nihil will eventually swoop in to gather their “various cells and tribes into a fleet.”

“A fearsome and carnivorous plant based species that will serve as a red herring for the Nameless during the first phase of storytelling. The Drengir will be positioned as a legitimate threat over the first half of Phase I as they kill Mygorgo the Hutt and spark an interplanetary gang war. However, they are a smokescreen for the real enemies of Phase I (their name literally an anagram of Red Herring). We will see them wiped out around the time of the Republic Fair, by the real threat—the Nihil. The Drengir have played into Marchion Ros hands, distracting Starlight Jedi long enough for the Nihil to gather their various cells and tribes into a fleet.”

In the second image, muffinxpirate pointed out that the evidence suggests that the Nihil are mapping out a coordinated attack after the events of The High Republic: Into the Dark, which the user believed to be the height of Phase 1.

Furthermore, Claudia Gray's Master and Apprentice novel from 2019 might've provided a major clue about the Nameless that was included in the description of the Drengir. It was mentioned in the book that “only through sacrifice of many Jedi will the Order cleanse the sin done to the nameless.”

By connecting the dots, muffinxpirate shared that this quote could hint that the Nameless will be the "Palpatine" or the big bad of the High Republic during Phase 3.

Based on what's been revealed so far, it looks like The High Republic will emulate what the trilogies of the Skywalker saga had presented in the past years: a good build-up to the powerhouse villain. Given that the Sith have yet to arrive at this point in the Star Wars timeline, it makes narrative sense for The High Republic to focus on another terrifying villain.

The Drengir has been described as a “sentient plant-life” beast that rises from the ground beneath their feet. That said, it's reasonable to assume that they are not the ones pulling the strings from behind, considering that they are more of a diversion rather than a supervillain.

The reveal that the Nihil is the real threat during The High Republic essentially creates a compelling challenge for the Jedi. It remains to be seen if they will serve as the real first test of the Jedi, but regardless, it will be exciting to see how it will unfold in the narrative.

Moreover, it looks like the calculated nature of the Nihil will be pushed to the forefront in The High Republic, which is a given since they are being described as “brutal, savage marauders, based in the Outer Rim.” It seems that the Jedi will have their hands full when dealing with this aforementioned threat.

The High Republic is expected to explain how the Jedi Council that was shown in Star Wars: The Phantom Menace came to be, and the already-confirmed appearance of Master Yoda could help viewers understand what really happened.

Given the looming threat of the Nameless, there's a strong chance that Yoda would've faced the powerful villain head-on. As expected, the Jedi will prevail but the cost of their victory will no doubt redefine their ways and understanding of the Force moving forward. This presents an opportunity for the impending arrival of the Sith, lingering in the shadows and waiting for the right moment to strike.

All in all, The High Republic might've set up the fall of the Jedi at an early juncture of the timeline, and it's unfortunate that the knights are not even aware of their imminent doom down the line.