Star Wars fans who've followed the franchise since at least 2008 have had the privilege of following Ahsoka Tano's journey in several animated projects. The once-irritating Padawan of Anakin Skywalker has become a fan favorite, and The Clone Wars just concluded a critical chapter in former Jedi's life.

In addition to a heavily rumored sequel to Star Wars Rebels and a return in the recently announced series The Bad Batch , word in the cantina is that Ahsoka will be making her live-action debut in the highly anticipated second season of The Mandalorian , played by Rosario Dawson. While we eagerly await a first look at the realistic take of the character, an SDCC exclusive has provided us with a look at a life-like Ahsoka from a now iconic confrontation...

Trends International has released an official art piece depicting a live-action take on Ahsoka Tano and Darth Vader's confrontation on Malachor in Star Wars Rebels . The poster, created by artist Joe Corroney , is a ComicCon@Home SDCC exclusive available for as low as $19.99 and can be seen below: 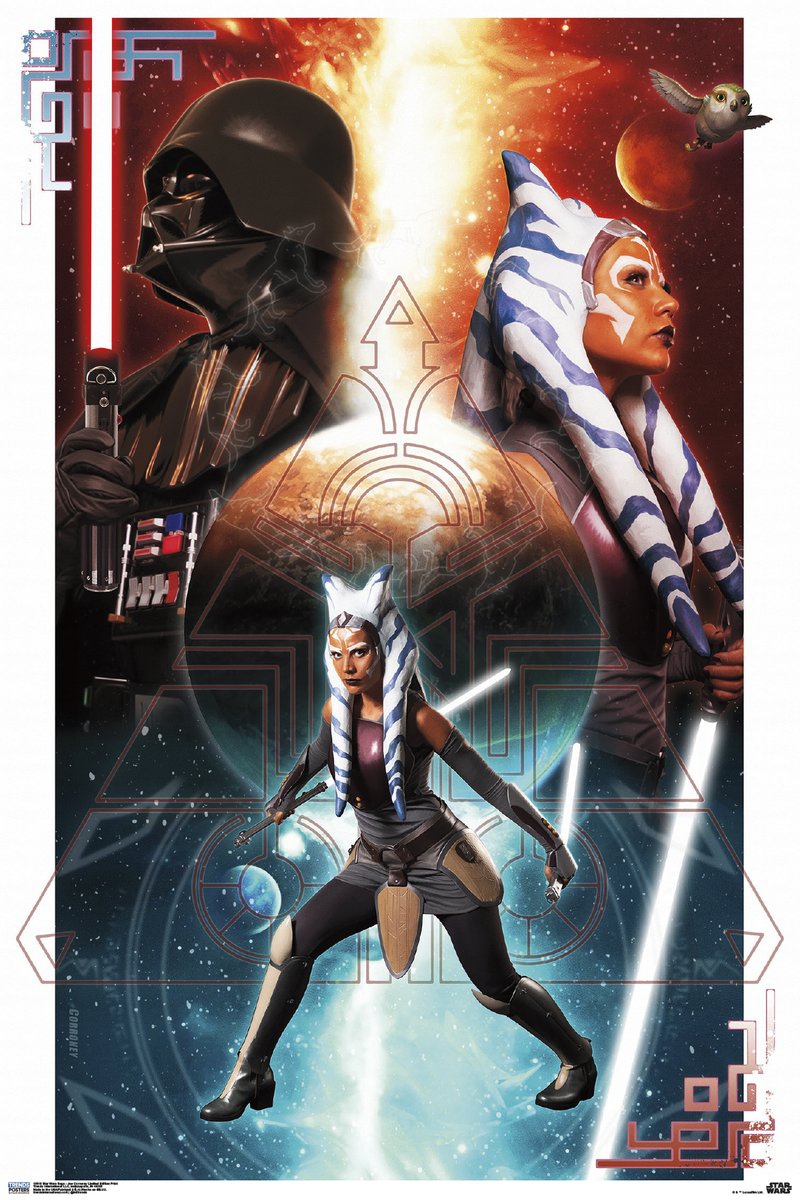 For fans of Star Wars Rebels and Ahsoka, this poster will be a fine addition to their collections. Twilight of the Apprentice is often seen as the best episode in the series, bringing to life the inevitable confrontation between Ahsoka and her fallen master Anakin, now Darth Vader.

Ahsoka's fate was left uncertain at the conclusion of the episode, but the outcome of the battle was finally revealed at the end of the series when she was saved by Ezra in the World Between Worlds. The animation icon appeared at the end of the Rebels series finale with the promise of more adventures, which fans can presumably look forward to in the show's rumored successor.

This version of Ahsoka is inspired by the likeness and portrayal of Rei Kennex , an actress and cosplayer who teamed with Corroney for the piece. It's unlikely that a live-action poster with the fan favorite is a coincidence, specifically because it's officially licensed by Lucasfilm. With a trailer supposedly on the way in August and the return of the series coming in October, The Mandalorian will have all the answers on Ahsoka Tano's live-action debut.