After going nearly a year without any substantial news regarding LEGO Star Wars: The Skywalker Saga , the Gamescom event has seen the reveal of official gameplay trailer and a release scheduled for Spring 2021 . While the delay of the game from the initial release October 20 release is disappointing, movement on The Skywalker Saga's marketing campaign is a sign of good things to come.

In 2016, LEGO Star Wars: The Force Awakens came with a deluxe offering that included gold covers and an exclusive FN-2187 minifigure. With the success of that title and the demand being high for The Skywalker Saga , a similar collector's edition was inevitable. Following today's Gamescom festivities, details on the game's exclusives have finally been announced...

The official Star Wars website has revealed the cover for LEGO Star Wars: The Skywalker Saga's Deluxe Edition. Below are images of special offering, with a unique twist: 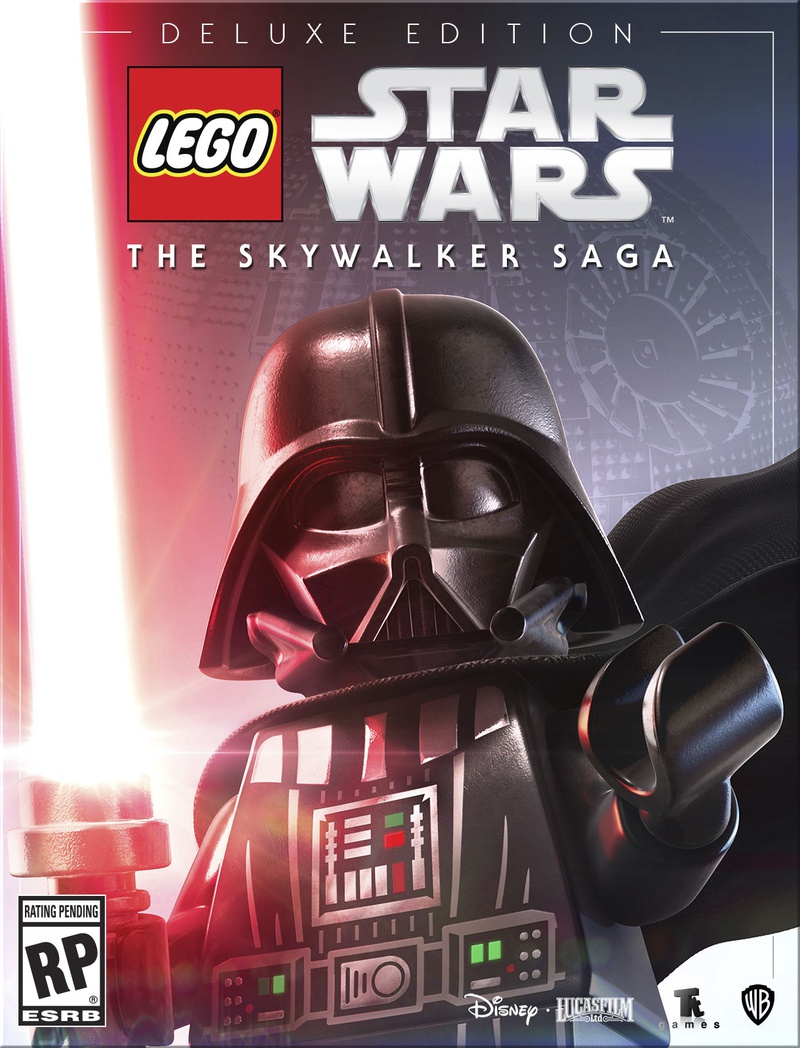 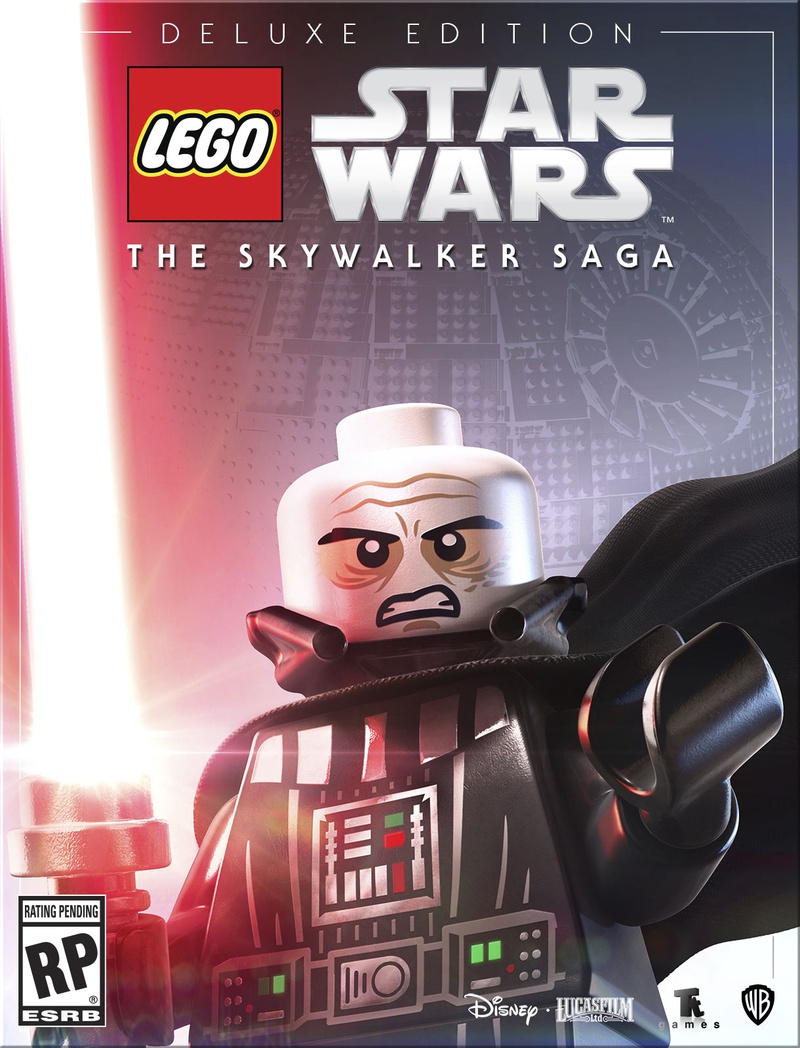 ... unmasks the Sith Lord, revealing the damaged face of the (LEGO) man once known as Anakin Skywalker.

Additionally, each copy of the Deluxe Edition will come with an exclusive Luke Skywalker with Blue Milk minifigure, as seen briefly in the gameplay trailer. The Edition also comes with six Character Collection bundle packs, featuring Star Wars characters from non-saga projects including Rogue One , Solo , The Mandalorian , The Bad Batch, and more. Below is an image of every offering of LEGO Star Wars: The Skywalker Saga's Deluxe Edition. 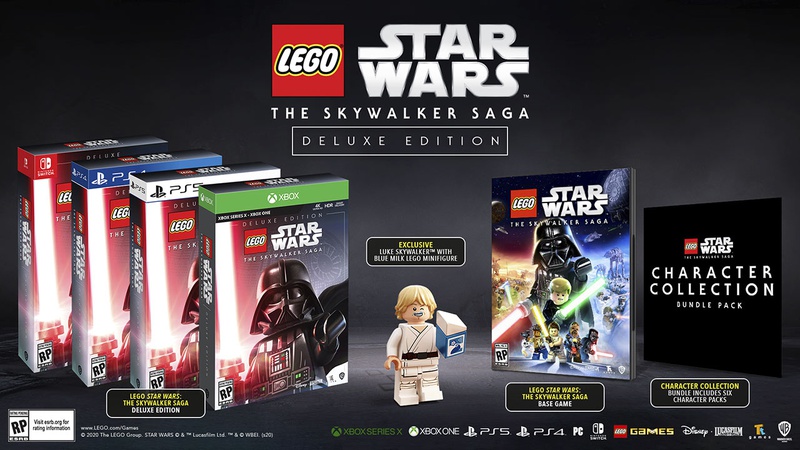 There's no doubt the Deluxe Edition will be a hot seller. Fan excitement for The Skywalker Saga is higher than any Star Wars game in recent memory, a testament to the popularity of the LEGO franchise and the role the LEGO Star Wars video games have had in households worldwide.

The Darth Vader cover is a really clever idea, giving collectors an awesome display of the iconic villain while including a neat spin that distinguishes the Deluxe Edition from a regular release. Blue Milk has been a Star Wars meme for some time now, and with drink's popularity on the rise as it's now an offering at Galaxy's Edge theme parks, there was no better time than now for LEGO to include the beverage as a gag with Luke's minifigure.

The key art on the regular release of the game is still phenomenal, which will make the decision for fans of both versions difficult to make a selection. Fortunately, everyone has until next Spring to consider their options, and they'll either be bringing home a copy of the Dark Lord of the Sith or an ensemble of the saga - or both. Luke and his Blue Milk just might make all the difference.