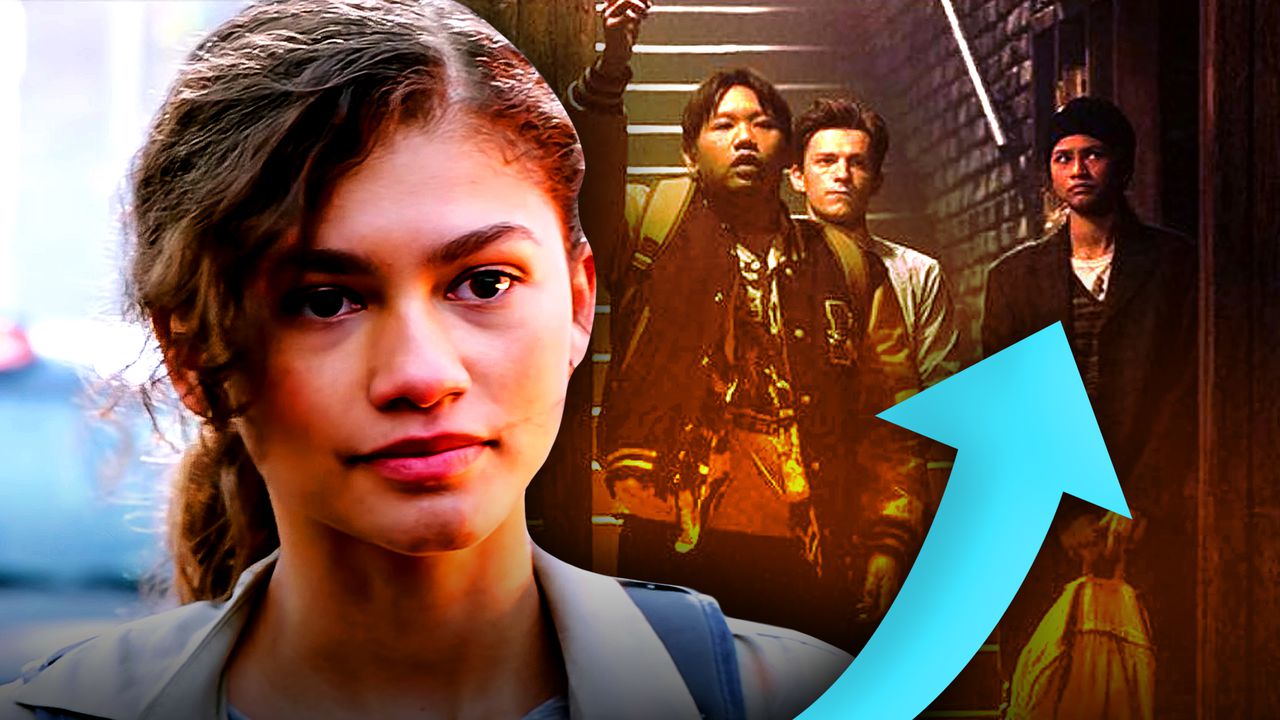 The MCU fandom is on the edge of its collective seat right now thanks to a couple of new blasts on social media. Tom Holland and Jacob Batalon, two of the starring actors from Marvel and Sony's Spider-Man 3, posted some of the first official stills from the film along with two different titles.

These posts could potentially tease bigger news coming later tonight when Tom Holland appears on The Tonight Show Starring Jimmy Fallon, possibly even the title to the film, which fans have been waiting months for.

The pictures released by the film's stars tease some imminent danger for the high school trio of Peter, Ned, and MJ. Additionally, a small detail can be seen that pays homage to the end of their last adventure together.

MJ'S NECKLACE CALLS BACK TO FAR FROM HOME

In the pictures from Spider-Man 3 released by Tom Holland and Jacob Batalon on Instagram, Zendaya's Michelle Jones is seen wearing a black necklace.

Fans will recognize this as the Black Dahlia necklace that Peter Parker gave her as a gift after the London Bridge battle of Spider-Man: Far From Home.

Peter Parker and MJ shared an awkward yet romantic kiss on the bridge after the necklace gift scene.

THE STORY CONTINUES FROM SPIDER-MAN: FAR FROM HOME

Even though earlier set photos teased that Peter and MJ’s relationship may be on the rocks, this image suggests that the love between the high school sweethearts is still holding strong as boyfriend and girlfriend.

Peter got this necklace for MJ on their trip to Europe after having it planned out before they even left the United States. He bought it on the group’s stop to Italy before trying throughout the movie to give it to MJ, even breaking it along the way, although MJ still loved it.

Seeing Zendaya’s character still wearing the necklace shows that no matter when this film takes place, she still cares a great deal for Peter Parker. It seems likely that Spider-Man 3 will happen not long in the timeline after the events of Spider-Man: Far From Home, but like the rest of this movie, it’s still a complete mystery.

Now, fans wait eagerly for more news regarding this movie after the exciting first images arrived for the world to see. Spider-Man 3 is currently filming and will release in theaters on December 17, 2021.