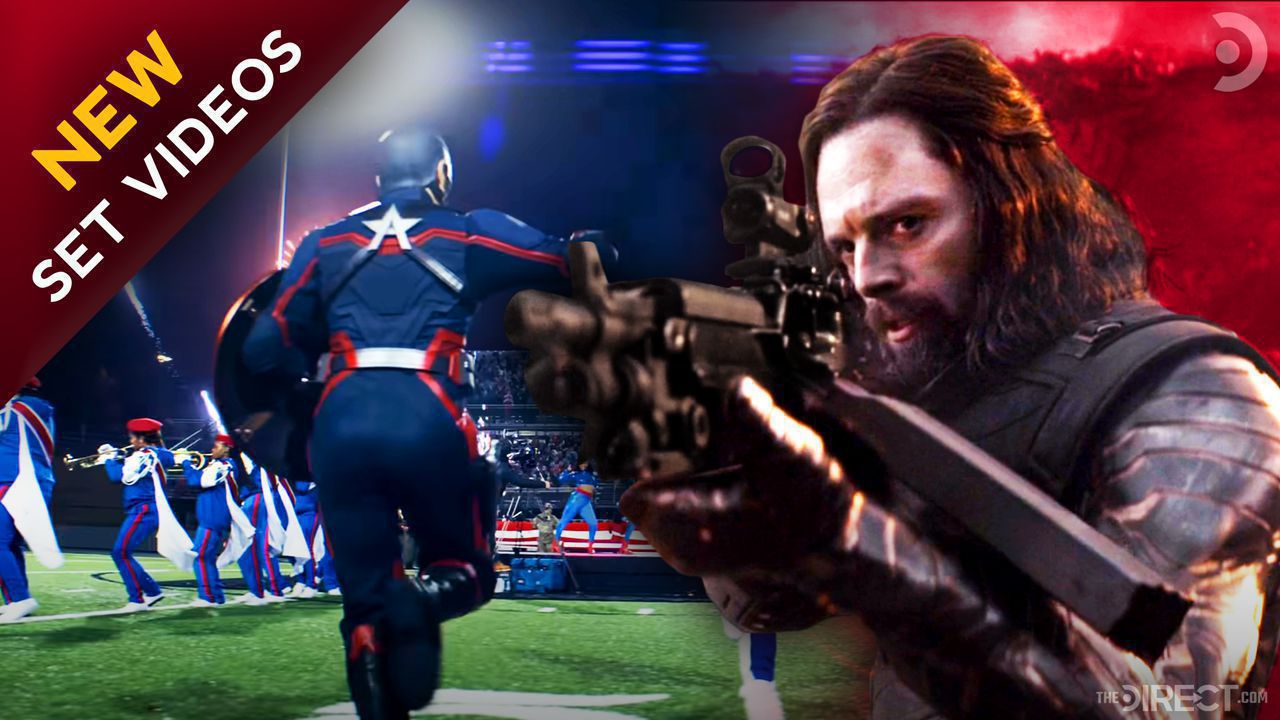 As film productions from a number of major studios return to action, the hype is building up once again for Marvel Studios' new era of Disney+ series'. With budgets and production quality that rival that of the Marvel Cinematic Universe movies, these new series' are set to dive deep into a handful of supporting characters while introducing some brand new ones down the road.

The new series' are set to debut with The Falcon and The Winter Soldier, focusing in on Anthony Mackie's Sam Wilson and Sebastian Stan's Bucky Barnes; Sam is taking on the mantle of Captain America as he teams up with Bucky following the events of Avengers: Endgame. Fans know more about this series than any other considering how much material was filmed before the world shut down, and there is already footage from the Super Bowl trailer, along with a couple of dozen set photos, revealing intimate details about the plot.

In the spirit of these behind-the-scenes looks, a new set of videos of The Falcon and The Winter Soldier has just arrived, giving insight into some of the action being filmed before production was forced to stop.

In a new release from scooper Charles Murphy on Murphy's Multiverse, five new set videos have been released online with just under two minutes of footage from the set of The Falcon and The Winter Soldier.

The videos reveal some action shots featuring Sebastian Stan's Bucky Barnes and Wyatt Russell's US Agent in what is believed to be a hostage situation at New York's G20 Summit in the year 2023. Both stars are putting in their action/combat work against both SWAT and an unknown female villain possibly associated with the Grapplers. All five videos can be seen below.

It's clear that the G20 Summit in New York will be a huge stop for Sam and Bucky considering how many set photos and videos have included advertising for the 2023 event. With leaders from all over the world gathering to discuss global economics, it would be a clear target for anybody trying to cause even more mayhem after all life was instantaneously brought back in Avengers: Endgame.

Wyatt Russell's US Agent is clearly the US government's new soldier to send out when things go wrong, and at the moment in these shots, it appears that he and Bucky are finding a way to work together for the greater good and saving the lives of civilians. He is seen fighting what appears to be the Grapplers, who were teased in the Super Bowl trailer. There are four female agents that John Walker is tussling with, and it will be interesting to find out how much of a threat they are to Sam and Bucky as they tackle the biker gang from earlier set photos and Daniel Brühl's Helmut Zemo.

Sam is nowhere to be seen in these videos, but that could mean he's simply in the sky looking for more of the action while Bucky handles the more ground-bound trouble. Whether this battle including Bucky and US Agent comes earlier or later on in the series is still a mystery, but the action looks exciting nonetheless.

The Falcon and The Winter Soldier has roughly nine days of shooting remaining, and it is set to finish sometime this fall. The show's August release date on Disney+ is likely out of the question, and there is no word on when the series will make its debut.