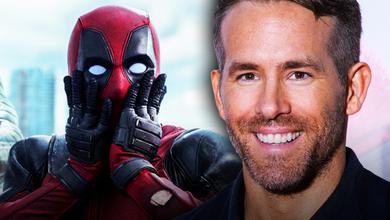 The anticipation surrounding Deadpool 3 is high after Disney bought Fox to officially bring the X-Men characters back to Marvel Studios. Given the stacked Phase 4 slate of the MCU, it is currently unknown when Deadpool 3 will arrive, but the film's lead star, Ryan Reynolds, has been teasing the development of the threequel in recent months.

Reynolds has been the champion of the Deadpool franchise ever since its inception back in 2016, and his dedication to the role led to the successful release of the first two Deadpool movies. Given that the character is expected to join the MCU at some point, the actor shared that the eventual debut of Deadpool in the monumental franchise would be both "explosive" and a "win for everyone."

And now, a new report may offer the first concrete details about the much-anticipated third installment.

Deadline shared in a report that Marvel Studios is tapping Wendy Molyneux and Lizzie Molyneux-Loeglin to write Deadpool 3, with Ryan Reynolds set to return as the fan-favorite superhero. Reynolds was reportedly involved in the hiring process of the sisters, indicating that he will have a heavy hand in the creative process of the third film.

Deadline also shared that Deadpool 3 will look to find a new director after the schedule of the previous film's director, David Leich, is filled through 2021. In conjunction with that, the report mentioned that the "door is open" for Leitch to return to direct the film, but "given that he wasn't part of the writer search," it now seems "unlikely" for him to come back.

In a separate tweet, the official Twitter account of Deadpool posted an image of Bob Belcher from Bob's Burgers along with the weapon of the outspoken hero. The image is a reference to the work of the Molyneux Sisters for Bob's Burgers, seemingly confirming that the film is in active development under the sister duo.

Update: Wendy Molyneux shared her reaction to the news by retweeting the latest tweet of the Deadpool Twitter account with the caption, "A dream." This essentially confirms her involvement with the superhero franchise.

From the sound of things, this development is a piece of good news for Marvel Studios fans. However, it's still unknown if or how Reynolds' version of Deadpool will be smoothly integrated into the MCU franchise.

The addition of Bob's Burgers writing duo, the Molyneux Sisters, is a fitting one since it has the potential to elevate the humor of the much-anticipated threequel. It's worth noting that the pair was nominated for Emmys for eight consecutive years, and they won one back in 2017. The Emmy-award winning duo combined with Reynolds' vision seems to be a perfect fit, and this presents a win-win situation for Marvel Studios.

Now that Deadpool 3 has been officially greenlit with new writers, the next step is to search for a director, and the good track record of Marvel Studios in terms of finding one should bode well for the threequel.

As for the film's storyline, Deadpool 2 already introduced the concept of time-travel and it somehow involved jumping into multiple alternate-realities. In a way, this could help explain how Deadpool ends up in the main MCU timeline. It's also possible that Reynolds will appear as Deadpool during Doctor Strange in the Multiverse of Madness to further establish the character's presence.

Whatever the case, the imminent arrival of Deadpool in Marvel Studios' arms will no doubt lead to exciting storylines and entertaining character interactions.