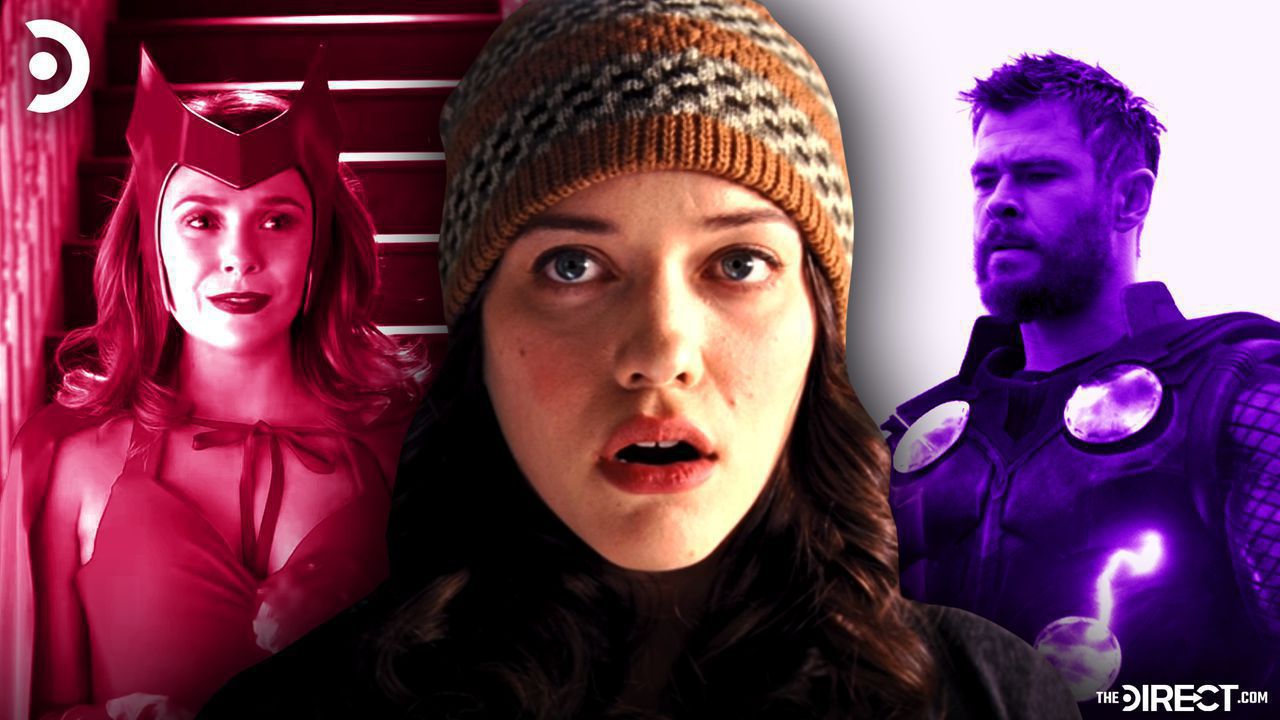 Ever since production for every Disney+ show was halted, including WandaVision, Kat Dennings has been doing sporadic video interviews with various outlets. The last time she spoke about anything significant regarding WandaVision was with the Good For You Podcast, in which she mentioned doing a running stunt through a field at night.

Now, while insignificant by itself, other set photos showed S.W.O.R.D. having an encampment set up in the middle of a field, which could be the same one Dennings had to run on. However, this still didn't explain the character's involvement with the series, which has been making fans wonder.

Today, an interviewer for People asked Kat Dennings about how or why Darcy is involved with whatever happens in WandaVision.

After being asked if Dennings has anymore filming for WandaVision, with her replying with an evasive "I don't know," she's asked about why Darcy is even in the series.

Giving a tease, Dennings said that when she read the script (and, assuming, Darcy's explanation for being in the show) that she "...was just delighted," continuing that she believes "...anyone who likes Darcy will be really happy."

.@OfficialKat Reveals 'The Dream' is for Fran Drescher to Play Her Mom in Season 2 of 'Dollface' #PeopleNow pic.twitter.com/Wz0PdQVtLW

The interviewer also asks if Dennings will appear in Thor: Love and Thunder, to which she said that she still "doesn't know" if Darcy will have any sort of role in that movie.

So, obviously, it seems like Marvel Studios will give a proper explanation for why Darcy is in WandaVision without Jane Foster or Erik Selvig along for the ride. The way that Dennings describes it is "delightful" seems to indicate that the explanation isn't her simply being there by coincidence, but this still leaves fans wondering what the eventual reason will be. However, Dennings seems confident that Darcy fans will be happy with it.

As for her involvement with Thor: Love and Thunder, it isn't outlandish to ask whether she would be involved. After all, her character is being brought back for WandaVision, along with Jane Foster for the third Thor movie. But, thinking about how the movie has been described up to this point, it would be curious where Darcy would actually fit.

Would she be with Jane before she goes with Thor to who knows where in the galaxy? Would she visit New Asgard? Whatever the case may be, it will be interesting to finally find out why Darcy is in WandaVision...when the show releases.

Zachary Levi's Shazam 2 Villains Rumored to Be Trio of Sisters

The Mandalorian Season 3: Working Title and Production Start Date Re…