Kat Dennings Describes Running Through Field at Night in WandaVision 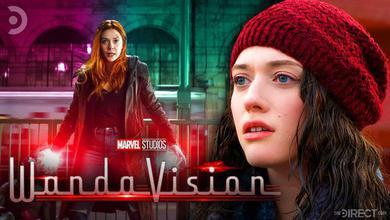 At the moment, the release date for WandaVision is uncertain with news still being quite scarce. However, fans have been getting some news regarding the show, such as it involving action sequences featuring the stunt driver double for Teyonah Paris' Monica Rambeau. This news ties into fresh info coming from Darcy Lewis actress Kat Dennings as she discussed a stunt she had to perform, which could have some interesting implications.

In the Good For You Podcast with Whitney Cummings podcast, during an interview with Kat Dennings, it was noted by @vizwandamaximof on Twitter that Dennings revealed a snippet of her time on the set of WandaVision. When discussing stunts she brought up her time on set saying "...there was a scene where I'm running through a field and I get to the night shoot and there's no stunt on the call sheet..." which concerned her due to a past ankle injury.

Darcy running through a field in WandaVision.. pic.twitter.com/OzCCsyBmH2

This is likely the same location and field that were shot by JustJared and Atlanta Filming which showed S.W.O.R.D. stationed on a field with tents and military vehicles surrounding them. Dennings describes the field running scene taking place at night, so, it could very well have been her character Darcy escaping from them or even running into the encampment.

It could even be a callback to the time Thor snuck into a S.H.I.E.L.D. encampment in the desert at night in order to steal back Jane's equipment and take back his hammer. But, it's still confusing why Darcy of all characters would be involved with S.W.O.R.D. without being accompanied by Jane Foster or Doctor Selvig, since she isn't exactly an expert on...whatever Wanda is going through in this show.