It looks like Alaqua Cox's spinoff MCU series, Echo, might be in some trouble behind the scenes thanks to a concerning update.

The upcoming Disney+ series is a spinoff dedicated to Maya Lopez, a character who first appeared in Hawkeye. Brought to life by Alaqua Cox, the deaf, Native-American actress is set to not only lead her own show but also go on to play a large role in the wider MCU.

The series, directed by Sydney Freeland and Catriona McKenzie with Maron Dayre serving as head writer, first started production in April earlier this year and then finished up in late August. As it stands now, the show is currently in post-production.

Originally, Echo was set to debut sometime next summer. Marvel Studios even brought the entire cast out on stage at the D23 Fan Expo to promote the series while also showing audiences in attendance some of the first footage.

Echo Gets a Troubling Update 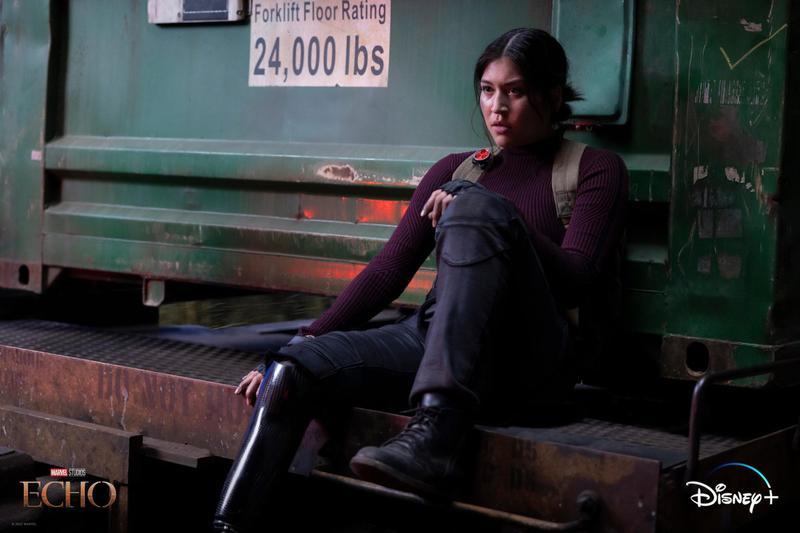 Hill noted how she doesn't generally get that concerned over reports of problems behind the scenes, but that, in this case, "[she is] concerned."

"I've been hearing things lately, from previously reliable sources, that make me very very concerned about Echo. Previous Marvel [productions] have been reported to have problems but have come out ok, so I generally don't get that concerned, but... I am concerned. Hoping I'm wrong to be."

When another fan pointed out how there were troublesome reports for previous shows that turned out fine, Hill admitted that "[she] sincerely hope this one comes out and it's fine too."

In response to another message asking to expand upon more details, she pointedly stated that there was "nothing [she's] going to report here right now. No."

Hill did share a follow-up tweet though, clarifying that the issues behind the scenes have nothing to do with Alaqua Cox or her character, but are related to Echo's production:

"Some clarification, tho[ugh] I still can't be too specific [right now], sorry, but my understanding is the issues I'm hearing about (and others) with Echo are with the production itself. Not the character, actress, or even the Daredevil/Kingpin stuff."

Should Fans Start to Worry About Echo?

It's important to make something very clear: there are no official details on anything as of now, and everything above should be taken with a grain of salt.

But with Hill and The Cosmic Circus being reputable sources, her words are certainly worth hearing, at the very least.

So should fans be concerned? No, at least not yet—or until more public news comes out regarding the situation (assuming there is one in the first place).

There's plenty that goes on behind the scenes of every production, and it's likely that every single project ever would be able to recount some sort of major troubles they had while making the final product. This could simply just be an example of that, and when the show debuts, it'll look like it never went through any rough patches.

However, Hill does seem to genuinely feel that this case might be different. As for why it seems that fans will have to wait to see if anything comes out via Disney directly or the trades.

As of now, Echo is currently set to debut on Disney+ at some point in Summer 2023.