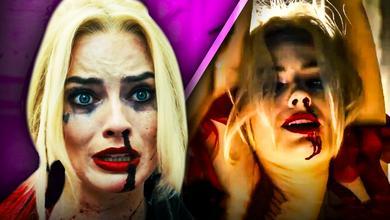 Warner Bros. is inching closer to its next major DC Extended Universe release with just under 45 days until James Gunn's The Suicide Squad comes to theaters and HBO Max. The hybrid sequel/reboot has garnered plenty of attention over the past couple of years thanks to Gunn joining the fray with so many new characters, and anticipation is building to see how he handles the team of villains.

The cast is headlined by a few returning actors from 2016's Suicide Squad, most notably including Harley Quinn star Margot Robbie in her third appearance. Her performance helped carry her first outing through plenty of behind-the-scenes controversies, and after mixed reviews from Harley Quinn: Birds of Prey, Robbie is looking to bounce back in a big way with this outing.

The latest round of promotion for The Suicide Squad even teases a callback for Harley Quinn from her DCEU solo film as well.

A NEW TEASER FOR THE SUICIDE SQUAD

A split-second shot shows Quinn with her hands tied up and seemingly being tortured, likely during the movie's second act before the rest of the team saves her.

Additionally, this shot is reminiscent of the interrogation/torture scene in Harley Quinn: Birds of Prey with Ewan McGregor's Black Mask.

Harley Quinn is no stranger to torture or other dangerous situations within the DCEU, which seems to come with being as dangerous of a villain as she's been in her two appearances to date. That being said, it's interesting to see James Gunn potentially referencing her story in Birds of Prey as she faces an unknown adversary in this teaser.

The first trailer for The Suicide Squad hilariously confirmed that the team is out to rescue Harley Quinn from something before she rescues herself and derails their entire plan. The trouble in which she finds herself is still a mystery in terms of details, but considering she's tied up and has blood dripping down her face, it's undoubtedly something serious.

While this new teaser doesn't give anything specific toward the plot with this shot, it's fun seeing James Gunn take note of Margot Robbie's DCEU history while developing her next adventure. Fans are looking forward to finding out if the Birds of Prey scene is referenced in The Suicide Squad, but for now, theories will continue to form over how Harley separates from the team and what exactly she's up to.

The Suicide Squad will premiere in theaters and on HBO Max on August 6, 2021.