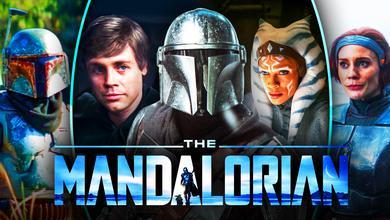 There have been conflicting reports regarding the status of The Mandalorian Season 3's production.

Initial word suggested that the Emmy-nominated series would pick back up immediately following the conclusion of The Book of Boba Fett's shoot, which culminated in the Spring. There have been substantial rumors alleging that The Mandalorian's next season has been in production for some time, though other outlets have claimed that no footage has been shot as a result of Obi-Wan Kenobi's production.

So where do things really stand for Mando and friends? A concrete release window has yet to be established, though a recent leak indicates that Spring 2022 may be the target. Should that be the case, a new report indicates that such a timeframe could indeed be in the cards...

BEGUN, THE MANDALORIAN SEASON'S PRODUCTION HAS

American Cinematographer has reported that The Mandalorian Season 3 has officially started production. In a piece discussing ILM's development of The Volume, Season 3 was mentioned alongside The Book of Boba Fett and Obi-Wan Kenobi as Lucasfilm series making use of the technology in Los Angeles.

Additionally, it was noted that another StageCraft set was built for Pinewood Studios in London, where Andor is currently under production.

WHERE DO THINGS STAND FOR MANDO'S NEXT ADVENTURE?

As was previously mentioned, there have been many conflicting reports on the status of The Mandalorian Season 3.

Cinelinx's Jordan Maison claimed that work for The Mandalorian has been underway for quite some time, potentially in ways that might extend beyond just a third season. Kessel Run Transmissions corroborated the report at the time, and other sources suggested that parts of Season 3 were shot concurrently with The Book of Boba Fett.

However, Collider ran a piece suggesting The Mandalorian wouldn't begin production until the later months of 2021, with Kenobi's use of The Volume in LA cited as the reason. In this event, a Spring release for Season 3 would be an impossibility.

So what's really the deal?

American Cinematographer is a reputable source, as are the others mentioned. Interesting to note is the verbiage in ASC's report, which said Boba Fett and Obi-Wan "will use the same volume initially built for The Mandalorian". The wording suggests that the outlet received their information some time ago, as The Book of Boba Fett is known to have wrapped.

With this in mind, it's conceivable that indications of The Mandalorian Season 3 being neck-deep in production are accurate and things are proceeding as Jon Favreau had foreseen. Boba Fett will effectively serve as The Mandalorian Season 2.5, and running Season 3 shortly after the former's first season finishes streaming will be the perfect way to keep fans engaged with the story.

It's become a convoluted situation, but all signs point to The Mandalorian Season 3 being well underway. Before long, the beskar-wearing gunslinger will grace TV screens once more.