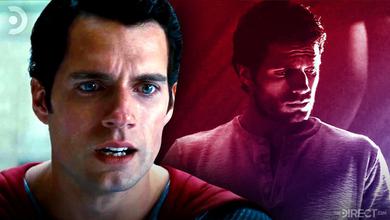 Attention and intrigue has been brought back to past entries in the DCEU since the announcement of Zack Snyder's Justice League, which was met with mass fan excitement. Snyder has been providing multiple hints about what his version of Justice League will follow, including how it will deal with the portrayal of Superman. The director has also provided a small glimpse of what fans can expect, as well as the teasing of more footage to come.

Suicide Squad has also seen a revitalization of interest, thanks to director David Ayer's spearheading of the campaign to #ReleaseTheAyerCut. This has resulted in Ayer posting previously unseen screenshots from the film to his social media, as well as speaking at length about the contents of his version of the film.

This week saw the commencement of Comic-Con @ Home, this year's digital substitute for the typical fan event that takes place annually in San Diego. This event came with much news, including details about Colin Trevorrow's experience working on Star Wars: Duel of the Fates.

Another panel has delved into the alternate version of Man of Steel. During this panel, the writer of Man of Steel went into detail about a different iteration of the film's ending...

As reported by Collider, Man of Steel screenwriter David S. Goyer took part in a panel for Comic-Con @ Home, in which he spoke about various aspects of the film. This includes what could have been an alternate ending where Zod's life is spared:

“The idea was that Superman would – there was one of those sort of cryopods on the ship that ends up becoming the Fortress of Solitude that he’s able to put Zod back into and then throw out into space. We did talk about it and maybe some people would’ve been happier with that, but it felt like a cop out for the story that we were telling.”

On the reasoning for Superman killing Zod, Goyer also mentioned how he hoped to put the characters in "a stalemate" that forced Superman into a decision that he had to make. Goyer then went on to discuss how he knew that this decision came with a risk, but hoped it would be one that would pay off:

“I absolutely understand a lot of people had problems with it. When I have had a hand in adapting these things, you wanna be as respectful to the core material as possible but you also can’t protect against failure. You have to take big swings. With big swings there are big rewards...We talked about it. We talked about whether or not people would accept it, and the editorial staff at DC had accepted it. It doesn’t mean it wasn’t a mistake, but if you sit there and you say, ‘I don’t wanna take any risk. I’m worried I might offend a portion of the audience,’ I don’t think that’s a particularly healthy way to try to make a film or a television show.”

Goyer also noted that Superman killing Zod would be the catalyst to force Superman into taking on the no-kill rule:

"To me, the comic books are the comic books and the films that we were involved in are these Elseworlds stories that exist within their own universe. And that was the intention, is that that’s the one. He was in this terrible position and then afterwards he vowed that he could never do it again. It didn’t come out of anger – he was forced into it – but that was the one."

Goyer's idea for an alternate ending is certainly interesting, especially since this version may have alleviated many of the criticisms levied at Man of Steel. Many fans took issue with the decision due to it going against Superman's core values of not wanting to stoop down to the level of his adversaries.

However, it is understandable why the writer believed that this alternate ending would feel like a cop out, due to there being little emotional weight or consequence associated with this storytelling beat. In addition, this ending is quite similar to the one seen in Superman II, where Kal-El throws Zod down a crevice to his demise and is not seen again. Goyer may have also wanted to avoid playing it safe by eliminating the threat easily as has been done before, therefore the ending that was featured in the film was ultimately the better option.

Therefore, as Goyer notes, choosing to have Superman kill Zod is a much riskier move. Making the decision to not to play it safe, at the very least, makes for a more exciting and tense finale, even though some may not agree with its execution. Perhaps there is a chance we could see Clark grapple with his decision to kill Zod more when Zack Snyder's Justice League launches on HBO Max next year.