It's been over seven months since the release of The Rise of Skywalker , and the conclusion to the saga hasn't come without controversy. Colin Trevorrow was originally tapped to write and direct Episode IX , then titled Duel of the Fates, with a completely different storyline.

In 2017, Trevorrow was fired by Lucasfilm and replaced by JJ Abrams, who returned to the story he began with The Force Awakens . The story decisions made by Abrams and co-writer Chris Terrio have largely been less than well-received, and drafts of Trevorrow's script have leaked online in recent months. While the original director's vision will never be brought to life, there was still plenty Trevorrow took away from the experience...

During an SDCC ComicCon@Home panel via Deadline , Colin Trevorrow shared his thoughts on losing his Star Wars job:

"Obviously, as you can imagine with all of these things, it can get to the point of being traumatic when there’s something that you care about that much and you’ve invested that much in it."

Despite his disappointment, there was a key takeaway for the director:

"But that’s one of the things you accept when you take on any role in film, especially when you become a storyteller — that there are going to be heartbreaks . There is going to be crushing disappointments, and then there’s going to be victories . Hopefully, they’ll balance out in the end .”

Trevorrow's experience with Episode IX wasn't all painful; the director reflected on having the unique opportunity to design a ship with his son: the TIE Marauder . The only one of its kind, Trevorrow showed off the model for the ship during the panel, as seen below: 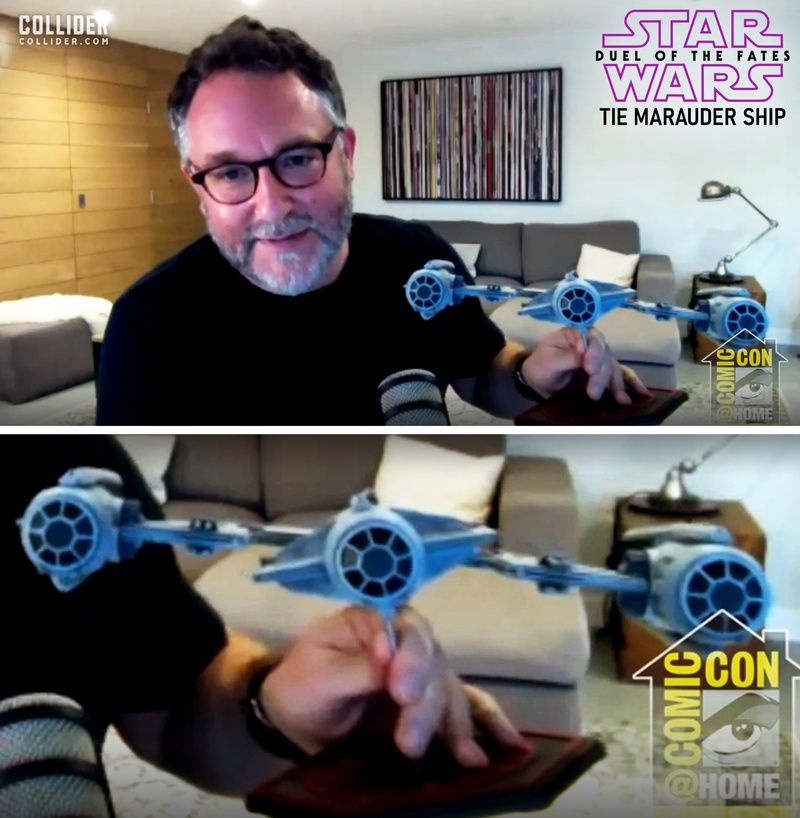 Depending on who you ask, it's either a major disappointment or sigh of relief that Trevorrow's version of Episode IX was discarded. There are plenty of fans happy with the final result of The Rise of Skywalker , and many who greatly preferred Trevorrow's story, often with the qualifier that adjustments were still needed.

Duel of the Fates certainly would've taken a riskier direction than Abrams did with The Rise of Skywalker , although bringing back the Emperor was something Trevorrow never once considered. The original director's story would have taken us back to Coruscant, while culminating in a duel between Rey and Kylo Ren.

While it's unfortunate that things ended the way they did for Trevorrow, the experience wasn't a waste. He did retain a writing credit for his work, and the experience of creating a new TIE Fighter with his son will be a memory that lasts a lifetime. Failure is guaranteed in life, but the director has taken the heartbreak in stride and has found success elsewhere.

The Rise of Skywalker Star Wars