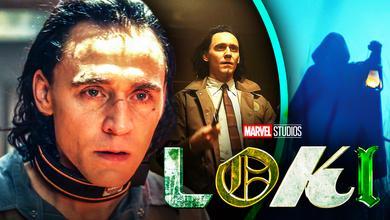 Warning - This article contains spoilers from the premiere episode of Loki.

Even for the major steps that Marvel Studios has taken with its first two Disney+ exclusives from 2021, fans are quickly gravitating towards the efforts of Tom Hiddleston's Loki.

After only one episode of action following Loki after his escape from Stark Tower in Avengers: Endgame, the God of Mischief is on his way to likely his most unpredictable adventure to date in the MCU.

Marvel Studios found a way to introduce the Time Variance Authority as the franchise's next mysterious bureaucratic organization as they captured Loki and looked into what made him tick. Along with Loki taking the chance to revisit what his life would have been if he hadn't been taken, this group brought some shocking reveals that pose plenty of questions for MCU fans.

Possibly the biggest of those questions came in the final seconds when Owen Wilson's Mobius explained to Loki that another Loki variant was out in the multiverse wreaking havoc. This topic is one on which the show's head writer recently teased more that's coming...

While he didn't reveal specifics, Waldron described Loki as "the ultimate narcissist" and how there's "probably no one he's more threatened by" than a potentially better version of himself.

It seems evident that Tom Hiddleston's lead is "gonna really have a bone to pick" with this new God of Mischief:

"I mean, look, Loki is the ultimate narcissist, you know. I think there's probably no one he's more threatened by than the idea that 'Maybe there's a better me out there getting the jump on the TVA, these guys that I couldn't get the jump on,' so it's safe to say he's gonna really have a bone to pick with whoever this other Loki is."

Through the course of Loki's promotional run since the first trailer debuted at Disney Investor Day, one aspect of the show that hasn't been touched on yet is its big bad. WandaVision had Agatha Harkness while The Falcon and the Winter Soldier had the Flag Smashers, but there are no signs pointing to whom the God of Mischief will go toe-to-toe with.

Mobius' endgame with Loki, for the time being, seems to be getting the anti-hero's help to stop an even darker version of himself, one who is taking out TVA agents at every turn. The only tease of his origin thus far is that his weapon's time signature is from the "early third millennium," although his cloaked dark figure makes it difficult to discern any more specifics.

Sophia Di Martino has already been teased as playing Lady Loki in this series, and with rumors of Kid Loki coming as well, this reveal shouldn't be seen as quite as big of a shock as expected. However, it appears that the MCU's classic Loki will have his hands quite full as he teams up with the TVA to stop the multiversal madness.

The premiere episode of Loki is available to stream on Disney+. The series will continue on Wednesday, June 16, 2021.