Thanks to the final episode of She-Hulk: Attorney at Law Season 1, Mark Ruffalo's Bruce Banner is back on Earth alongside his newly-introduced cousin, Tatiana Maslany's Jennifer Walters. But this time, he revealed that his time on Sakaar left him with his comic-accurate son, Skaar.

Much has been said about the way Skaar looks in his small-screen debut, with many ridiculing the poor Hulk for his eye-catching haircut. Hulk's son also went through various design ideas during development, with early concepts imagining him as a baby instead of a mostly-grown teenager, a la The Mandalorian's Baby Yoda/Grogu.

And now, with nearly a week having passed since the young new hero's debut in Episode 9, a new piece of concept art shows that he was almost brought into the MCU as an emo kid.

One storyboard, in particular, showed Skaar with a more emo-style haircut, with the side of his head shaved off and his bangs hanging in front of his left eye.

Looking closer at the image, Skaar also appears to be holding a cell phone, completely disinterested in everything happening around him as he meets his extended family for the first time. The haircut he's sporting is known as an "emo swoop."

In the final cut of the episode, Skaar's entire face can be seen, although half of his head is shaved behind his natural hairline. 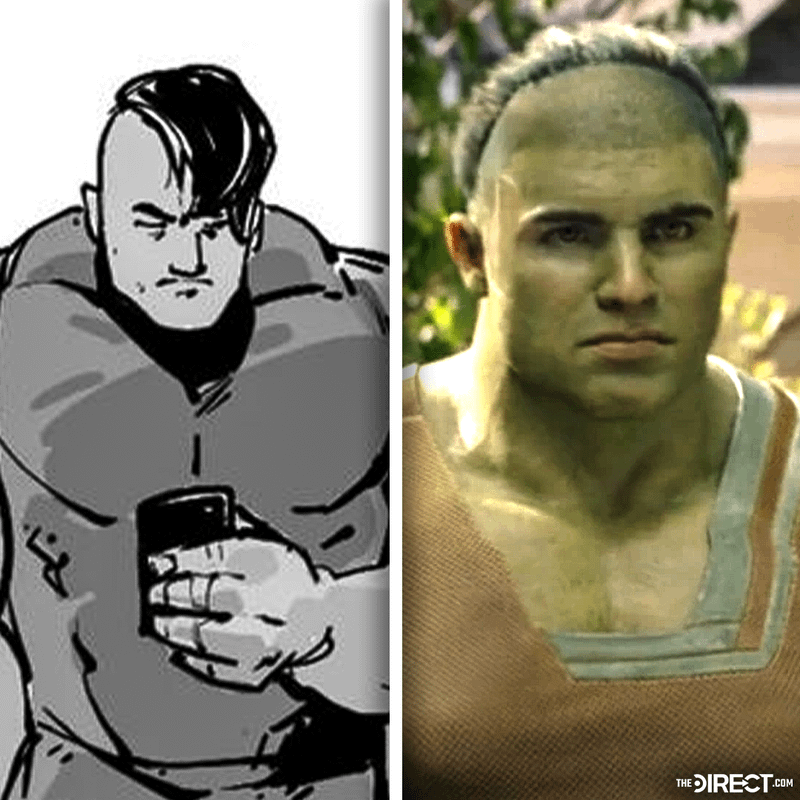 Simser also included the following caption, celebrating his experience on She-Hulk and noting how proud he is of the final result:

"Well, it's been a couple days since the She-Hulk: Attorney at Law finale so here's a few boards with some side by side comparisons! Please enjoy!

She-Hulk was unquestionably one of the best professional experiences I've ever had. Such amazing, creative people and a final product I am so incredibly proud of. I've already had the pleasure of working with Kat Coiro and Florian Ballhaus again and (fingers crossed) will be working with Wendy Jacobson again soon.

Hope you all enjoyed the show as much as I enjoyed working on it...and I hope you got a little insight into my work through these posts. :)"

What is Skaar's MCU Future?

Marvel fans have been waiting to see the Hulk introduce Skaar into the proceedings for the MCU, as was teased exclusively by The Direct more than a year ago. But as the young hero looks to make his presence felt more heavily in future projects, it's clear that it took a long time for the She-Hulk team to make sure that he looked the best he could for his Marvel Studios debut.

It's a mystery how long the emo design for Skaar was in play, although it certainly would have made an impact on the younger generation that grew up with that aesthetic in the 21st century. But there are also plenty of questions that remain in play about Sakaar and the time the Hulk spent there, which would hopefully be explained in a future Hulk solo movie.

Thankfully, all signs are pointing to that movie being a reality with rumors of a World War Hulk project being in development once the character's rights fully transfer over to Marvel Studios. Whether fans see other designs for Skaar is unknown, although this new entry should give new layers to the entire Hulk story within the MCU.

All nine episodes of She-Hulk: Attorney at Law are available to stream on Disney+.