The Wolverine's Hugh Jackman has posted a comical photo of him prepping for Deadpool 3 with Ryan Reynolds' Deadpool "body double."

The year 2022 has been huge in terms of Marvel Studios news. In addition to a packed slate both in theaters and on Disney+, San Diego Comic-Con and the D23 Expo confirmed the end of Phase 4, the start of Phase 5, and a number of new MCU projects.

But one of the biggest stories of the year came after September's D23 event when Deadpool's Ryan Reynolds posted a video on social media announcing Hugh Jackman's return as Wolverine for Deadpool 3.

While the threequel is still two years away, both actors have already begun training for their respective roles. And now, Jackman has shared yet another way he's supposedly preparing for his MCU debut.

While behind the scenes of The Music Man on Broadway, Hugh Jackman posted a photo on Instagram of him doing "a bit of scene work with Ryan Reynolds' body double:"

However, the pic and its caption were intended to be a dig at Ryan Reynolds as his "body double" with an "uncanny" resemblance to the actor is his ten-year-old Music Man co-star, Benajmin Pajak, wearing a Deadpool mask. 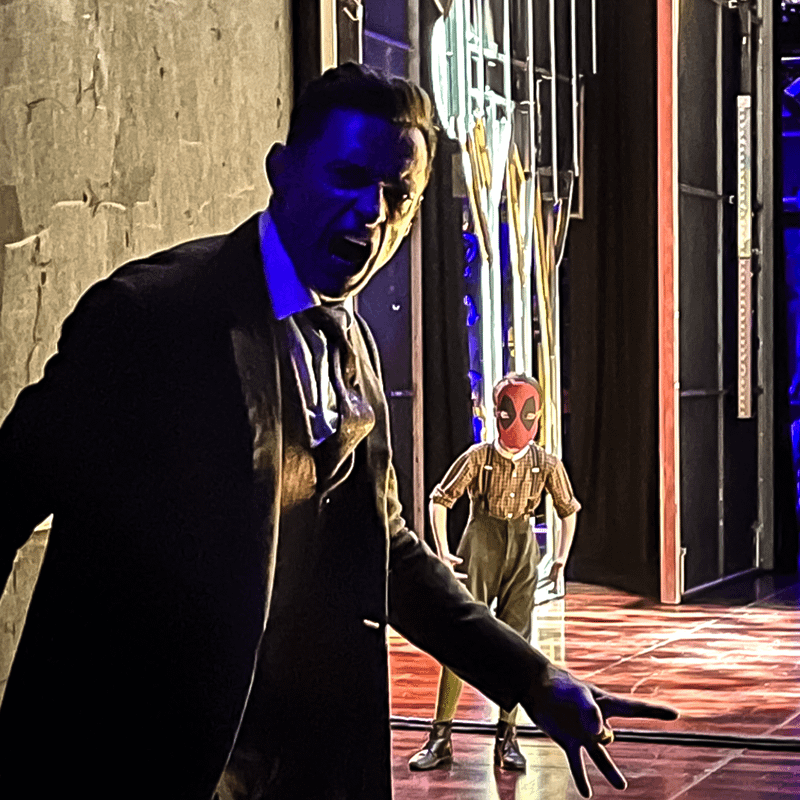 Jackman also struck a Wolverine pose for the photo with his fingers resembling the mutant's signature claws.

Now, this isn't the first time the Wolverine star has taken to social media concerning Deadpool 3.

In previous Instagram posts, Jackman shared actual footage of him training for his 10th appearance as the iconic Marvel hero.

While Marvel fans are loving the fact that Jackman's bringing his Wolverine into the MCU, it's been interesting seeing the actor interact with Reynolds ahead of the Deadpool threequel.

In Reynolds' video announcement and its sequel, fans got a glimpse of Jackman's own humor in tandem with the Deadpool star.

Not only is this new social media post from Jackman another example of that, but it also serves as a glimpse into their relationship which is sure to translate onscreen come 2024.

It's also worth noting that, while Deadpool is a superhero franchise, it's also a comedy. And, even though Jackman has teased an "angrier, acerbic" Wolverine for Deadpool 3, the film itself may allow the actor to utilize his wit and comedic timing more than ever before.