Even with a jam-packed slate of projects coming in the MCU's Phase 5 and Phase 6, including two new Avengers outings arriving in 2025, Deadpool 3 has taken over the spotlight in massive fashion. That happens when Ryan Reynolds confirms that Hugh Jackman is set to bring his portrayal of Wolverine into the MCU for one last ride alongside the Merc with a Mouth.

Additionally, Reynolds confirmed that Deadpool 3 will release in theaters on September 6, 2024, which leaves just under two years until the Merch with the Mouth and Wolverine take their talents to the MCU. This means that filming is sure to begin at some point in 2023, which also gives fans a timeframe for when to expect more updates from the cast and crew on story and production details.

And now, with Jackman now ready to don the claws and the mutton chops again, he’s also heading back to the gym to regain the physical shape he had for so long in the Fox movies.

Marvel star Hugh Jackman took to Instagram to share an image revealing that he's now training for his highly-anticipated return as Wolverine in Deadpool 3.

This comes a little less than two years before the release of Marvel Studios' untitled threequel, in which he will make an impressive 10th appearance as James Howlett alongside Ryan Reynolds' Wade Wilson.

The photo shows Jackman already lathered in sweat with his biceps highlighted, and it includes a large caption reading "work in progress."

Jackman also posted an Instagram Reel with the caption "And so it begins". The first photo in the Reel has the Wolverine star smiling while he uses a workout machine.

The second photo in the Reel is a black and white shot of Jackman in a squatting position.

These photos come two months after Reynolds shared a similar update on his own Instagram page, noting that he was back in the gym to get into shape for his role as Wade Wilson with a set of pictures next to his trainer. 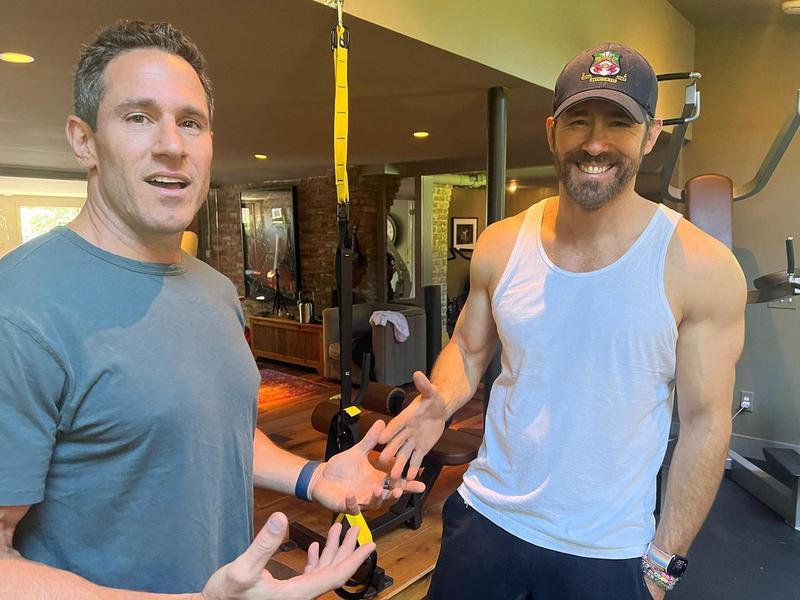 Over the 17 years that Hugh Jackman played Wolverine between 2000’s X-Men and 2017’s Logan, he remained diligent with his workout routine to make sure James Howlett looked the best he could on screen. Now, after what will be a seven-year hiatus from the role, the Marvel veteran already looks like he hasn’t lost a step from a training perspective.

While it’s unclear how big Jackman will get for his return now that he’s into his early 50s, he’ll surely put in the work that he needs to ensure that Logan is a force when he comes into the Avengers’ universe. After that, the big question is what will happen in the story, with Reynolds and Jackman not sharing any information for the foreseeable future.

Now that Jackman is in the gym, it's likely that there are at least six weeks to a couple of months until filming, during which time more information about the story will be unveiled.

Writers Rhett Reese and Paul Wernick have teased that Wade Wilson will find himself in a "fish-out-of-water" story, with him and Jackman's Logan finding themselves in an unexplored part of the Multiverse. While only time will tell what other details add to that story, Jackman and Reynolds will be busy in the gym making sure they get back into superhero shape for their MCU introductions.

Deadpool 3 will premiere in theaters on September 6, 2024.