The Marvel Cinematic Universe is slowly teasing the arrival of the mutants, especially after the huge reveal from Ms. Marvel. In the final moments of Episode 6 from this MCU series, it was confirmed that Iman Vellani's Kamala Khan is a mutant, becoming Marvel Studios' first of this classification.

Ms. Marvel's confirmation wasn't the first time that the MCU acknowledged the existence of mutants, even if she was the MCU's first new one. She-Hulk's second episode also included an obvious nod to Wolverine, indicating that the X-Men hero's debut could arrive soon.

Marvel Studios president Kevin Feige already hinted at when fans should expect the X-Men's arrival to the MCU, saying that it's on the way and that it definitely will come before "Phase 10."

Now, news has teased that a potentially major X-Men announcement could be showcased sooner rather than later.

Ahead of Disney+ Day on Thursday, September 8, the streaming service's official social media account shared a new post celebrating "6 days until Disney Plus Day" along with a "#XMen" hashtag.

Accompanying the caption is a GIF of a scene from 2014's X-Men: Days of Future Past, showcasing Hugh Jackman's Wolverine with his six organic bone claws representing how the event is only six days away. 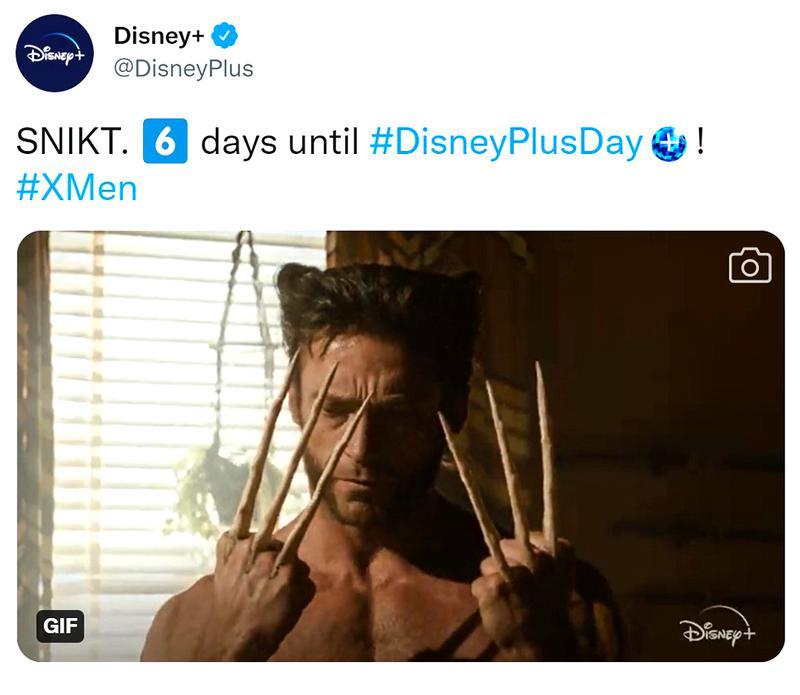 While this is teasing fans to expect some type of X-Men news on Disney+'s big day, there's no confirmation that next week will bring Mutant updates.

However, the specific use of the #XMen hashtag in tandem with the post is a hint that the franchise could get some spotlight on the day.

One possibility is that the post is teasing something to do with Marvel Studios' X-Men '97 animated series, considering that the show was also announced during last year's event.

Why X-Men Could Take the Disney+ Spotlight

The anticipation surrounding any mutant news about the MCU is high, and this cryptic post could build further hype for potential X-Men reveals.

San Diego Comic-Con already revealed the first look at X-Men '97, giving fans a  preview of the team's line-up as well as confirming Magneto's major role. From a snippet of new footage to an actual teaser, the possibilities are endless for what Marvel and Disney could unveil for the animated series.

Meanwhile, the X-Men hashtag could be an intentional tease that news about the MCU's mutants could arrive.

Disney+ Day 2021 confirmed the development of a plethora of Marvel projects, such as Echo and Agatha: Coven of Chaos. Considering that the countdown is for Disney+ Day and not the D23 event where the highly-anticipated Marvel Studios panel will happen, a possible series MCU series focused on a mutant or group of mutants could be announced.

Whatever the case, the MCU's mutants are expected to have a bright future in the interconnected superhero franchise.