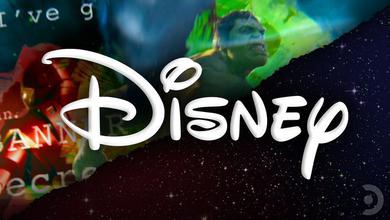 The world is continuing to feel the massive side effects of the Coronavirus in numerous aspects of every day life. In the film world, dozens of films have had their theatrical releases delayed or moved straight to home release, and productions of films and shows in progress have been halted at least through most of the summer. The crisis is not only affecting the casts and production teams, it is heavily impacting the well-being of the major film studios that fund and watch over everything as well. After reports of multiple major movie executives taking pay cuts have released over the last few weeks, news has arrived today of even more jobs facing difficult times ahead.

In a new release from the Hollywood Reporter, the Walt Disney Company has given notices of job furloughs today that will impact an undetermined number of employees starting on April 19, including workers in their Marvel and Lucasfilm movie divisions. Additionally, Disney released a statement to its employees across its entire entertainment conglomerate whose jobs were considered non-essential at this time:

The COVID-19 pandemic is having a devastating impact on our world with untold suffering and loss, and has required all of us to make sacrifices. Over the last few weeks, mandatory decrees from government officials have shut down a majority of our businesses. Disney employees have received full pay and benefits during this time, and we’ve committed to paying them through April 18, for a total of five additional weeks of compensation

The biggest movie production company in the world is clearly going through many of the same financial difficulties as businesses operating through every day life. The impacted workers will remain employees of Disney through the furlough period, including full healthcare benefits, but there is no timeframe as to when these employees will be able to return to work or when life at Disney will return to normal. After reports of substantial paycuts coming from Disney's top employees, including CEO Bob Iger reportedly forgoing his entire salary for the year, it was seemingly only a matter of time before the turmoil found its way to the company's core workers.

Disney is the parent company for a number of different production studios, most notably including Marvel and Lucasfilm. When the new Disney release schedule arrived, it pushed the entire MCU release timeline, bringing Black Widow on November 6, 2020 to start Phase 4. There is still no word on any rescheduling for the Disney+ mini-series in production right now, with The Falcon and The Winter Soldier still scheudled to begin streaming in August even amid reports of Marvel productions restarting in September. For the Star Wars universe, Season 2 of The Mandalorian has reportedly finished filming and is set for release on Disney+ in October 2020, while delays have been rumored for the production of the untitled Cassian Andor series set to release in 2021. There is no word on any delays to the Obi-Wan Kenobi series, now scheduled to release in 2022.