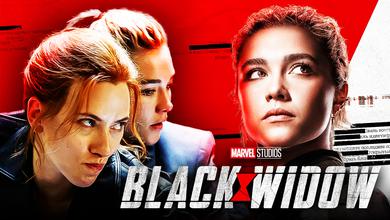 Marvel Studios is inching closer to restarting its packed release schedule once again, in which the next project to debut will be Loki in June on Disney+. Along with all the excitement that's coming from Tom Hiddleston's leading effort, the hype is building for the long-awaited return of the MCU's big-screen movies to theaters worldwide.

The first of these is MCU star/producer Scarlett Johansson's Black Widow, her first solo movie within the MCU after appearing as Natasha Romanoff for the past decade.

Initially intended to debut in May 2020, the film's promotional tour started 18 months ago before the worldwide pandemic forced Marvel to delay the theatrical release multiple times. Now, Marvel is set to release the film simultaneously on Disney+ alongside its big-screen debut on July 9, finally bringing Romanoff's next adventure to the world after an extended wait.

As Black Widow prepares for its upcoming release, its stars are getting ready in their own way behind the scenes.

FLORENCE PUGH READY FOR THE PRESS

Black Widow star Florence Pugh posted a picture of herself on Instagram indicating that she's starting the press tour for the MCU's upcoming movie release. Pugh included the following caption with the image:

The team is back and ready as ever. Black Widow press has indeed started... TQL ;)

BLACK WIDOW IS FINALLY ON THE WAY

Although it's still another seven weeks until the MCU's next movie comes to theaters and Disney+, that wait should feel much shorter now that its stars are starting to give interviews about the event.

The next few weeks will hold the usual Marvel Studios promotional material such as discussions with the cast and crew along with likely new clips of footage from the movie. The first of these clips came at the MTV Movie Awards featuring Pugh herself alongside Scarlett Johansson during one of the story's chase scenes.

Pugh didn't specify the outlet with whom she's interviewing or when it will release to the public, although fans will certainly be on the lookout for her appearance teased in the photos. With less than two months until the MCU's glorious return to the big screen, this should be just the start of an exciting promotional tour.

Black Widow will debut in theaters and on Disney+ on July 9.