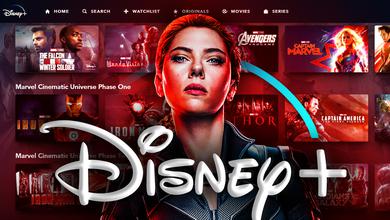 Marvel Studios is in an interesting period with its releases, with the team finally gearing up to return to theaters in a couple of months. After opening the year exclusively on Disney+ with WandaVision and The Falcon and the Winter Soldier, the MCU will make its long-awaited comeback with movies in July, starting with Black Widow.

Fans will be interested to see how the franchise will perform in July with Black Widow debuting both in cinemas and on Disney+ with Premeir Access. With this film being the MCU’s first to have a streaming release alongside the big screen, there’s a good chance that reception and box office numbers will fall short of what fans have come to expect over more than a decade.

Even with this challenge, a recent chat with Disney’s top executive reveals potential optimism for success on the way.

Disney CEO Bob Chapek spoke on Disney's Q2 Earning's Call about big franchises like the Marvel Cinematic Universe succeeding even with the challenge of having Disney+ premieres through the pandemic.

Chapek was asked about why Disney is confident that their "mega franchises," specifically Black Widow and the MCU, will be able to find success through non-traditional releases on Disney+. The top Disney executive referenced Lucasfilm's The Mandalorian and its success exclusively on Disney+. Chapek reiterated that "theatrical is a proven way to" build franchises, but also that the streaming service has been quite effective as well:

"If there's any marker in terms of our ability to continue to build franchises, we know theatrical is a proven way to do that. But our merchandise sales on Mandalorian that never had a theatrical release is certainly one extraordinary marker in terms of the fact that while theatrical continues to be a great way for us to build franchises, our first big data point using our Disney+ platform to sell merchandise has been extraordinarily successful for us as well."

Chapek also took on the question of decision-making for which movies will debut on Disney Premier Access as opposed to having an exclusive theatrical run. While the studio is grateful for Premier Access for "consumers that are a little leery still" about gathering in a packed theater, the team continues to "watch the evolution of the recovery the theatrical marketplace" to help make the right call for the right movies:

"The Disney Premier Access strategy, one of the things that gives us right now, and we're grateful for, [is] this is the ability to go ahead and try to release things into the market and try to re-prime the pump, if you will. But at the same time, know that for those consumers that are a little leery still about going into a pack theater that they can go ahead and watch it in the safety and convenience of their home. In terms of going beyond this fiscal year, we've not announced exactly what our strategy is going to be in terms of which titles will be theatrical plus Disney Premier Access, which ones will be direct to Disney+, or which ones will go into theaters. But know that we'll continue to watch the evolution of the recovery the theatrical marketplace, and we'll use that flexibility to make the right call at the right time. But right now, we've only called those films that are in this fiscal year because of the relatively fluid nature of the recovery of exhibition."

CHAPEK CONFIDENT IN THE MCU

While the currently times are certainly difficult to navigate, Chapek believes firmly in the product Disney is putting out, especially with franchises like the MCU.

The Mandalorian makes for an excellent comparison in this respect as a franchise that has never seen the inside of a movie theater. That didn't stop it from becoming one of the most watched programs in the world, leaving fans waiting and anxious every week for the next adventures of Din Djarin, Grogu and more.

As Chapek pointed out, a lot of decisions right now are ones that Disney for which has to watch the current climate to gain insight into everything going on. In the end, with how big Black Widow is, and with how much excitement is building for future MCU projects in Phase 4, Disney is on more of a fast track than expected to coming back strong.

Black Widow will release in theaters and on Disney+ on July 9.