Black Widow: 5 Reasons Why Its Disney+ Release Chances Are Now Higher Than Ever

The entertainment world has been put on pause for over five months now.

Due to pandemic precautions, hundreds of films have been forced to delay their release dates, with some moving just weeks before originally scheduled to debut. Flicks like A Quiet Place Part II , Fast and Furious 9 , and No Time to Die all dipped from their spring releases, while others like Scoob! and Bloodshot electing to debut on VOD services.

Black Widow has been left in an awkward position.

Some fans are clamoring to see Natasha Romanoff's first solo-outing stream on Disney+, while others want the flick to premiere exclusively in cinemas. Whether you're on Team Streaming or Team Theaters, recent revelations seem to suggest Black Widow 's Disney+ release chances are higher than ever before.

Mulan is Now Available on Disney+ 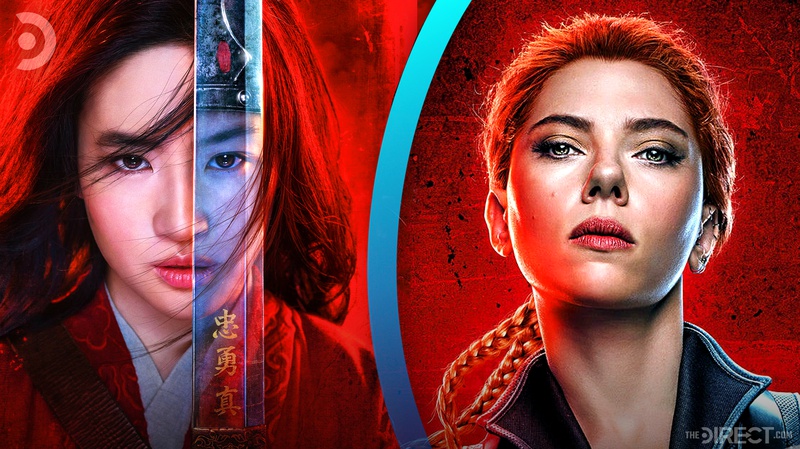 The latest movie in Disney's live-action reboots of old animated content was scheduled for a worldwide release this March, but was delayed due to COVID-19. Due to Mulan 's massive popularity in China, fans expected this flick to be saved for theaters once they were available to open again.

Well, so much for that.

During an earnings call earlier today , Disney executives laid out their plan to release Mulan on Disney+ starting September 4th. Disney CEO Bob Chapek revealed the film would be available for an additional charge of $29.99 for subscribers, while also hinting that the film would be available for purchase for non-subscribers, but that was left unconfirmed.

Mulan was in a similar position to Black Widow when it got delayed. Both films were at the tail-end of their marketing campaigns, with final trailers and TV spots actively on the airways before being forced to pivot. Mulan 's shift to Disney+ allows it to still be extremely profitable, as it will live behind a paywall. Depending on the success of this experiment, it could lay the groundwork for Black Widow to make it's way to the streaming service.

Mulan 's debut on Disney+ has been called a "one-off" by Chapek himself, but other sources seem to suggest otherwise. Now dubbing this as a new premium-tier, sources within the industry have debunked the rumor, citing enough work was invested that it wouldn't be just a one-time deal.

From a Disney+ source, re Chapek's comments on Mulan being a one-time deal: "We've put in enough work that it's not a one off."

Despite the earnings call clearing up some questions, Disney's MCU plans are still as mysterious as the dark side of the moon.

Longest Gap in MCU Films in Over a Decade

A long time ago before the House of Mouse backed up the money truck to bring together a group of remarkable people, Marvel Studios worked as a sub-division for numerous studios . This lack of synergy meant the infant MCU couldn't work as fast as they do today, and time between film releases was lengthy.

Universal Pictures' The Incredible Hulk debuted on June 13, 2008. We wouldn't see another MCU installment for 693 days , when Paramount Pictures dropped Iron Man 2 on May 7, 2010.

As previously stated, the MCU was very young back then, and had to take baby steps. Hulk and Iron Man 2 were the second and third films, respectively, in the now 23-flick juggernaut that is the Marvel Cinematic Universe. After Disney acquired Marvel Studios, it opened up the possibility for much more frequent MCU content.

Up until 2020, Marvel Studios was pumping out three flicks a year for three consecutive years. While only two MCU films were originally slated to debut this year, the gap would've been a mere ten months between Spider-Man: Far From Home and Black Widow .

As of this writing, it has been 399 days since an MCU project was in theaters. If Black Widow makes its current release date of November 6, it will have been a 493 day gap, the longest gap between MCU movies since 2010. With three billion dollar (and higher) flicks last year alone, the MCU does not seem to be in any danger of fan fatigue, but missing out on any MCU content in 2020 could stall momentum. 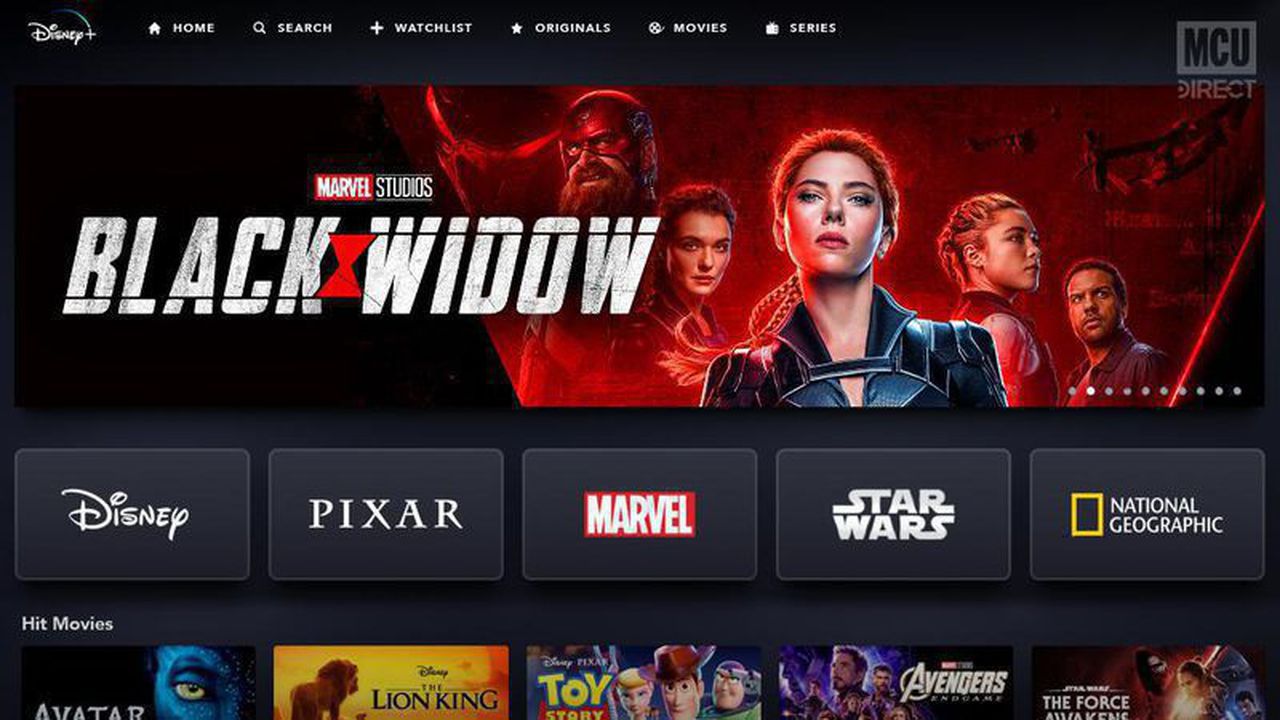 The biggest criticism Disney+ has faced in its first year is it's lack of original content. Netflix and Amazon Prime have been crushing it with their exclusive programming, and while Disney+ saw great success with originals like The Mandalorian and Hamilton , they have already become old news.

The House of Mouse is at a disadvantage in the streaming game due to when they put their horse in the race. Netflix took six years before they started their first original show in 2013, House of Cards, simply because the demand for original programming wasn't there yet.

Back then, streaming was still an viewed at as alternative, but today, it has become the main source of entertainment. Subscribers' expectations have changed drastically in the past seven years, now desiring more original programming and less nostalgia-based content.

While Disney+ delivered upon its debut , it has been months since the service has seen fresh seasons of original shows. Hamilton premiered last month to massive applause; however, the buzz has died down since.

With the proven success of MCU programming, Disney could not only ensure a strong profit, but a fresh vote of confidence for their streaming service's longevity.

Delaying Releases is a Temporary Solution

When studios invest in a movie, they expect to see a profit soon after production begins. Very rarely will a movie be shot to completion and held off from releasing in theaters. Yeah, I'm looking at you, New Mutants .

Blockbusters know the appeal of the box office, and want nothing more than to see their flicks land on the big screen; however, the unpredictability of today's world could force more films to look at the VOD option.

Shifting release dates once is expensive . Having to pivot every couple months is going to get really exhausting for studios, and it's only a matter of time before they want to see a profit on their investment.

It May Already be Available! (if you're in the NBA) 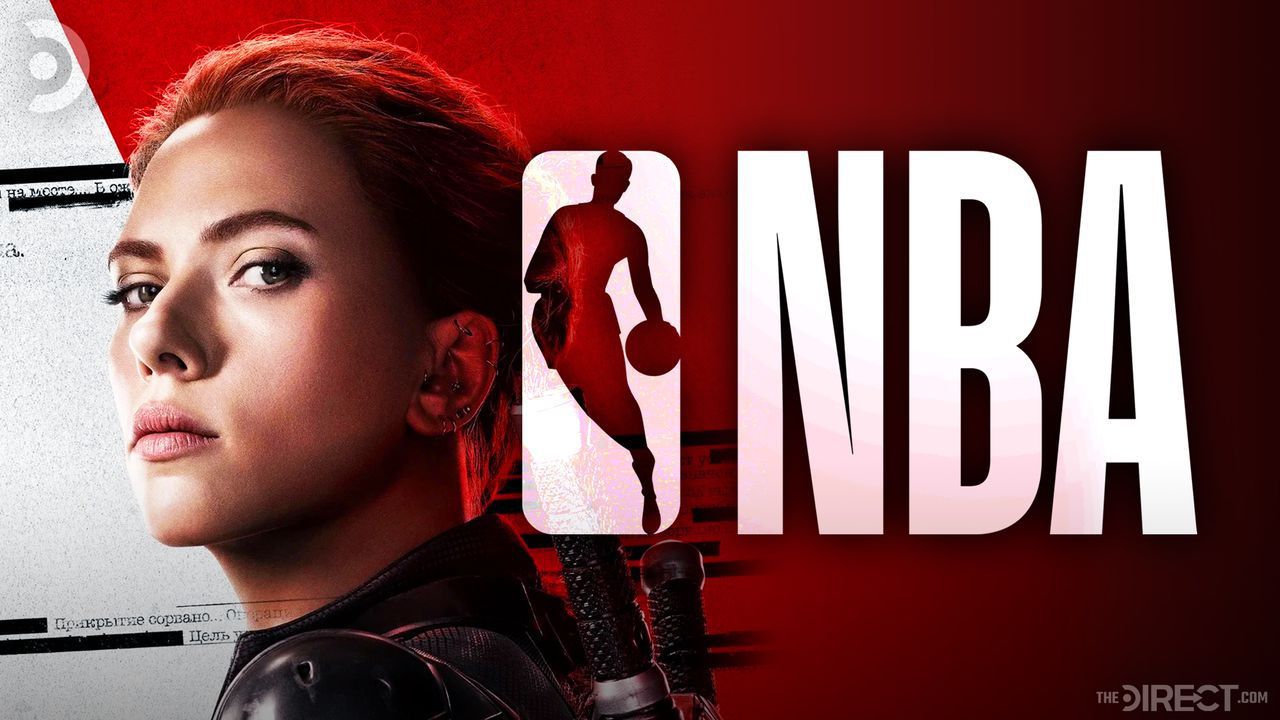 The NBA has done a magnificent job of returning to "normal" operations in the coronavirus era, and much of that is due to making the bubble as appealing as possible.

Entertainment options have been rumored to include exclusive access to unreleased Disney titles such as Mulan , Jungle Cruise , and Black Widow. While nothing has been confirmed, the fact that the idea was floated around suggests that Disney may be moving in the streaming direction for the Russian spy's solo outing.

And if it is going to be available for athletes, it may be best to make it available to the general public as well. After all, we all know athletes don't have the best track record when it comes to keeping their lips sealed about MCU spoilers.

To this day, I refuse to draft LeSean McCoy in fantasy football ever again. I don't forget.

Black Widow is currently scheduled for a November 6, 2020 release "only in theaters." We'll find out soon enough if Disney is forced to add "and Disney+" to their promotion of the MCU's Phase 4 kick-off event.