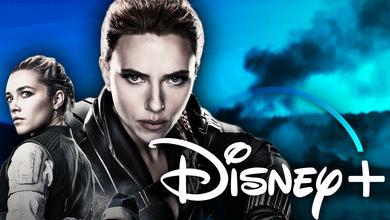 The world is still feeling the overwhelming effects of the pandemic early into 2021, especially in the entertainment industry. The streaming world is busier than ever with regular new releases on services like HBO Max and Disney+, and movies meant for theatrical release are slowly moving toward SVOD and PVOD releases as many theaters in major cities remain shuttered.

Warner Bros. has already decided to release their entire slate of movies in 2021 both theatrically and on HBO Max, including those in the DC Extended Universe, although it has remained unclear whether Disney would make the same decision. According to the latest news release, it's at least in consideration.

Variety is reporting that Walt Disney Studios is considering releasing Black Widow concurrently in both theaters and on Disney+ at a premium price. In December, it was announced that Disney Animation's Raya and the Last Dragon would be adopting this release model for its March 2021 release.

The Disney company is reportedly denying these Black Widow rumors, though Variety reports that there is "chatter" about a hybrid release for the Marvel Cinematic Universe's first Phase 4 flick.

Disney has been adamant about wanting to keep their major blockbuster movies as theatrical releases through the duration of this unfortunate time, especially those coming in Phase 4 of the MCU. However, after Warner Bros. made the decision to release their entire 2021 slate both in theaters and on HBO Max, it seemed logical that all options would be on the table for their most direct competitor.

Marvel Studios has already pushed the releases of their movies roughly a year back from their original slots, and the fandom is anxious to finally see the work the studio has put in for their new feature-length stories. With the immediate future of movie theaters still unclear, it appears that Disney and Marvel are at least considering this option should all others fall through.

If Disney pulls the trigger on this "chatter", Black Widow would release on Disney+ in May as a premiere access movie, likely for a similar $30 price tag as other films like Mulan. Disney is planning this same strategy for the upcoming Raya and the Last Dragon in March 2021.

Marvel Studios has an expansive Phase 4 theatrical slate that will begin with Black Widow, so fans are hopeful that the film is delivered to them in one way or another at the start of May.

For now, Marvel is preparing for the imminent release of WandaVision, set to premiere on Disney+ this Friday, January 15.