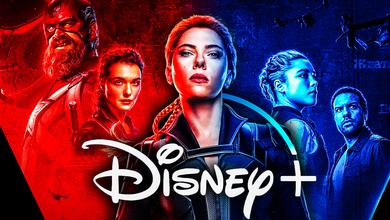 Much like the rest of the world, the global COVID-19 pandemic has certainly put Marvel Studios in a difficult position. While the entire Phase Four theatrical slate has been shifted a multitude of times, no other film has seen as much attention from the situation as Black Widow.

The Scarlett Johansson-led solo outing was initially intended to debut in theaters in May 2020; however, three delays and more than a whole year later, the film is finally set to release on July 9. Unlike many of Disney's other upcoming blockbusters, Black Widow will release simultaneously on the big screen and on Disney+ Premier Access.

With a $30 premium attached to the Premier Access release, it's safe to say a lot of fans may be less than happy to pay that much for the digital purchase. Luckily for those who continue to avoid theaters and don't want to cash out for the premium purchase, it seems there won't be too long to wait before that hefty $30 price tag is removed and the first Phase 4 film is available at no extra cost on the streaming service.

According to the pre-order page for Black Widow's Disney+ Premier Access release, the Scarlett Johansson-led blockbuster will be made available to all subscribers free of charge on October 6, 2021.

Black Widow is will drop in theaters and Disney+ Premier Access on July 9, meaning the solo film will become available to all subscribers at no extra cost exactly 90 days after the initial debut.

As the hit original series on Disney+ like Loki and The Mandalorian continue to succeed, Disney appears to be doubling down on its newfound commitment to streaming.

The Disney+ streaming outlet has proven to be a powerful tool for the House of Mouse throughout the pandemic as it continues to expand its biggest franchises despite theatrical releases no longer being an option until recently.

Paid Premier Access releases on Disney+ including Raya and the Last Dragon and Cruella have displayed great popularity on the service, and Black Widow will likely prove another strong success for the release model as it releases simultaneously with theaters.

Shang-Chi and the Legend of the Ten Rings will be releasing in September and is set to serve as Marvel's first post-pandemic project to stick strictly to theaters. But the theatrical-exclusivity window appears to be going shorter than ever for Disney as they switch from the traditional 90 days to a much shorter 45 days with this film, meaning Shang-Chi could hit Disney+ for free even sooner after its theatrical release than Black Widow.

Black Widow is set to hit theaters and Disney+ Premier Access on July 9.