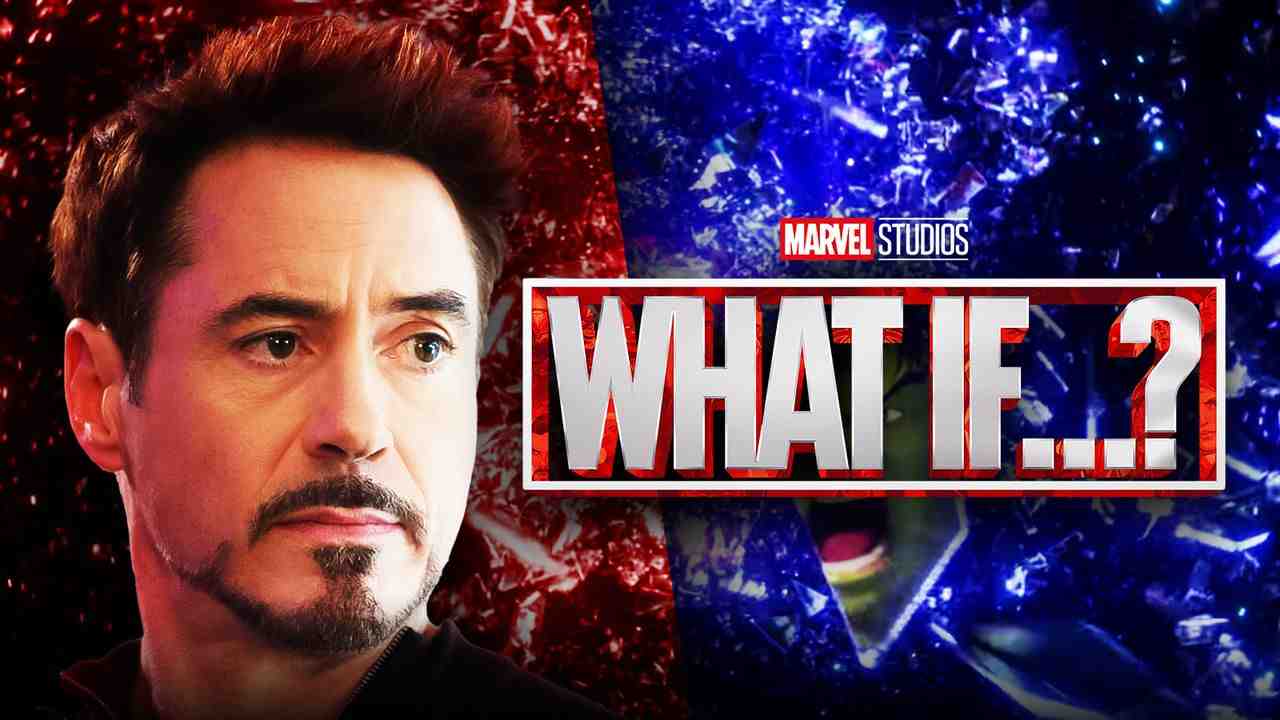 A new trailer for Marvel Studios' What If..? has been released . Fans get their best look yet at the animated elseworld series diving into what the Marvel Cinematic Universe would look like if certain things happened differently.

While getting a look at what this show will look and feel like is exciting, more major news comes in the casting of one of Marvel's biggest characters.

A NEW TONY STARK FOR WHAT IF..?

What If..? will have an alternate Tony Stark origin story with a new voice actor — notably not Robert Downey Jr. — playing the genius, billionaire, playboy philanthropist.

The first 20 seconds of What If...?'s new trailer depicts an alternate animated version of the opening scene of 2008's Iron Man, in which Tony Stark is riding with military personnel in Afghanistan before their patrol is bombed. Stark repeats the same dialogue from the movie, "Yeah, peace. I love peace. I'd be out of a job with peace." However, these words are clearly spoken by an actor who's not Robert Downey Jr.

Marvel and Disney have yet to announce the replacement voice actor of Tony Stark.

There are also currently no clear signs as to why Robert Downey Jr. isn't returning for the role despite over two dozen MCU actors & actresses returning to voice their respective characters.

Many fans will have a tough time adjusting to the idea of the iconic Tony Stark being voiced by someone other than Downey Jr. While this was reported all the way back in 2019 , seeing it in action is just as impactful to see (or hear, rather).

There are at least twenty-five different MCU actors confirmed to be reprising their roles in the animated series, the least of which being Dominic Cooper returning to play Tony's father, Howard Stark. What makes this interesting is that fans often praise Cooper for his performance as the elder Stark capturing the magic of Robert Downey Jr.'s performance. The possibility of the Captain America: The First Avenger star pulling double duty to cover the entire Stark family is not out of the question, but unlikely.

The first speculation for the reasoning behind the lack of RDJ is what most of these decisions come down to: money. Bringing over two dozen high-profile actors to work on this show leaves little budgetary room for one of the highest-paid movie actors of all time — especially when the Tony Stark character is sharing an episode with Eric Killmonger, played by A-Lister Michael B. Jordan.

This is particularly interesting considering the recent news that Kevin Feige and Marvel Studios are moving away from the long-term contracts held by major players in the MCU.

Another financial hurdle is the terms of Robert Downey Jr.'s previous contract with Marvel Studios. A major part of Downey Jr.'s Marvel contract revolved around his cut from the profits made by movies that he appeared in. This would not apply to the Disney+ series and is likely a driving factor in the decision to not bring back the godfather of the MCU.

Despite not hearing the iconic voice of RDJ behind the face of Tony Stark, the idea of an alternate origin to the MCU's biggest name is an exciting one for fans. And with the idea of this alternate reality series forming a brand-new Avengers team , it will be interesting to see how big of a role Iron Man plays with his new path and a new voice.

Marvel Studios' What If..? will debut on August 11 on Disney+.

Watch the new trailer for Marvel Studios' What If..? here: