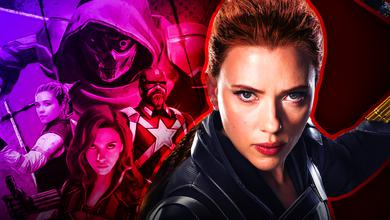 After numerous delays, Black Widow appears to be on track for its theatrical release on May 7, 2021. Though there have been rumblings of another possible pushback or a launch on Disney+, fans should expect to see Natasha Romanoff in action again very soon.

An official listing noted that the film would be a whopping 2 hours and 13 minutes in length, ensuring that fans are in for a treat for Marvel's first Phase 4 flick. Rumors and evidence from social media also suggest that another MCU veteran could be making an appearance in the film, which should provide a satisfying team-up for audiences.

With Natasha Romanoff finally getting a solo film of her own, many are wondering whether Scarlett Johansson will get the chance to suit up again for a potential sequel. One of the creatives behind Black Widow chose not to answer this lingering question, which could indicate where the franchise may be heading...

BLACK WIDOW SEQUEL IN THE MIDST?

In an interview with ComicBook.com, Black Widow writer and WandaVision creator Jac Schaeffer was asked whether the upcoming MCU film could receive a sequel.

Schaeffer avoided giving any solid confirmation, instead expressing her gratitude to be able to work on Black Widow and other projects in the MCU:

"Well, you know I was lucky enough to jump on board, the Black Widow train, when it first left the station and then I moved on to WandaVision and several other very talented writers, picked up the pen and continued on...so, I can't actually speak to the totality of Black Widow other than to say I'm so excited for it to come out."

A FUTURE FOR NATASHA ROMANOFF?

With Schaeffer choosing to avoid the question of a future for the Black Widow franchise, this could be an indication that some sort of sequel is in the pipeline. The WandaVision creator didn't shoot down the idea outright, nor did she say that she was unaware if a second film was in the works. Therefore, this could suggest that Marvel Studios is chipping away at another Black Widow film in the background.

The question really comes down to how they would achieve another film, considering the circumstances of the Black Widow character. In MCU canon, Natasha Romanoff has long but passed on, tragically dying in Avengers: Endgame. Black Widow works around this by being set between the events of Captain America: Civil War and Avengers: Infinity War. Could another sequel feasibly take place within this time period, allowing Scarlett Johansson to return?

The other option is to propel Florence Pugh's Yelena Belova as the new Black Widow. Director Cate Shortland previously stated that the film would be a "handing [of] the baton" to Pugh's character, so perhaps she could take on the mantle for a potential sequel. There are also rumors that Yelena could appear in the upcoming Hawkeye series for Disney+. If Marvel Studios has plans set for Florence Pugh, perhaps this could indeed extend to a Black Widow sequel.

The wildcard alternative would be to open up the multiverse. There are, in theory, an infinite number of alternate Black Widows out there, so perhaps Marvel Studios could bring in a new version of Natasha Romanoff altogether.

While fans wait for a potential second installment, Black Widow will release in theaters on May 7, 2021.