Black Widow was going to kick off Phase 4 of the Marvel Cinematic Universe several months ago, but the plan was derailed due to the ongoing health crisis. With the film now set to premiere this November (barring any delays), it is only a matter time before Marvel Studios decides to ramp up the marketing efforts for the film once again.

It took a while, but Black Widow will mark the first solo adventure of Scarlett Johansson's Natasha Romanoff on the silver screen. Plot details of the film are still being kept under wraps, but several trailers and TV spots may have already given fans an idea of what's to come. At this point, it's clear that the film will heavily revolve around the concept of family while a huge mystery has yet to be uncovered in the form of the identity of Taskmaster.

Regardless, the chatter surrounding the film is still sky high given the prominence of the Black Widow character, and a new interview with Johansson may have added more hype to the Phase 4 entry. 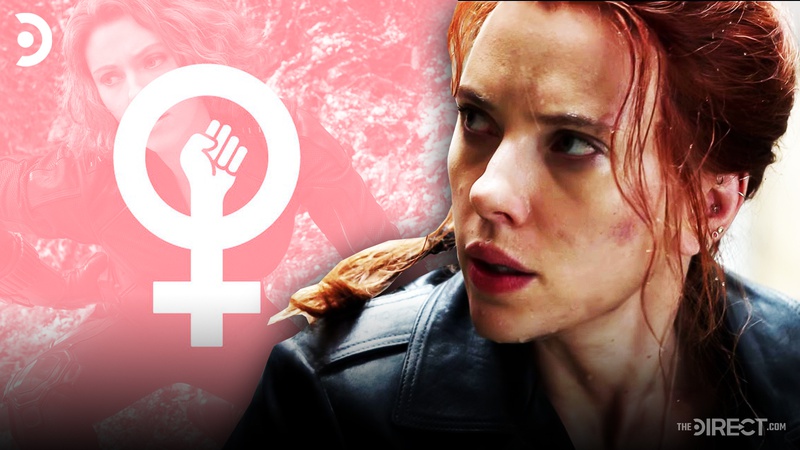 While speaking with Empire, Black Widow star Scarlett Johansson shared interesting tidbits about the feminist theme of the Phase 4 film, citing the fact that it is "very much reflective" of the "Time's Up movement and #MeToo movement." More so, Johansson also admitted that it was important for Black Widow director Cate Shortland to "make a movie about women who are helping other women:"

“I think this film in particular is very much reflective of what’s going on in regards to the Time’s Up movement and the #MeToo movement. It would be such a miss if we didn’t address that stuff, if this film didn’t take that head-on. I think, particularly for Cate, it was so important for her to make a movie about women who are helping other women, who lift other women up out of a very difficulty situation. Someone asked me if Natasha was a feminist. Of course she is, it’s obvious. It’s kinda an asinine question.”

Meanwhile, Empire also unveiled a brand new image from the film, and it shows Romanoff face-to-face with the villainous Taskmaster:

On top of serving as the second female-led superhero film after 2019's Captain Marvel, Johansson's comments about Black Widow reflecting powerful real world movements could very well serve as an inspiration to many female fans. Interestingly, this isn't the first time that Johansson addressed the aspect of female representation in the MCU. In a past interview, the MCU actress revealed that she was "pushing" for an all-female Marvel movie, even if her Natasha Romanoff persona is ultimately left out.

Romanoff is the first significant female hero of the MCU, and Johansson's portrayal elevated the character in more ways than one. And now, Black Widow will expand the history of Romanoff by answering many questions about the character's past. Not only that, the film is set to thoroughly explore the dynamic between the sisterly bond of Romanoff and Florence Pugh's Yelena Belova, diving deep into the lore of the Red Room program. With so many moving parts, Black Widow offers a chance for a proper last hurrah for the character while still leaning towards the female representation aspect of the film.