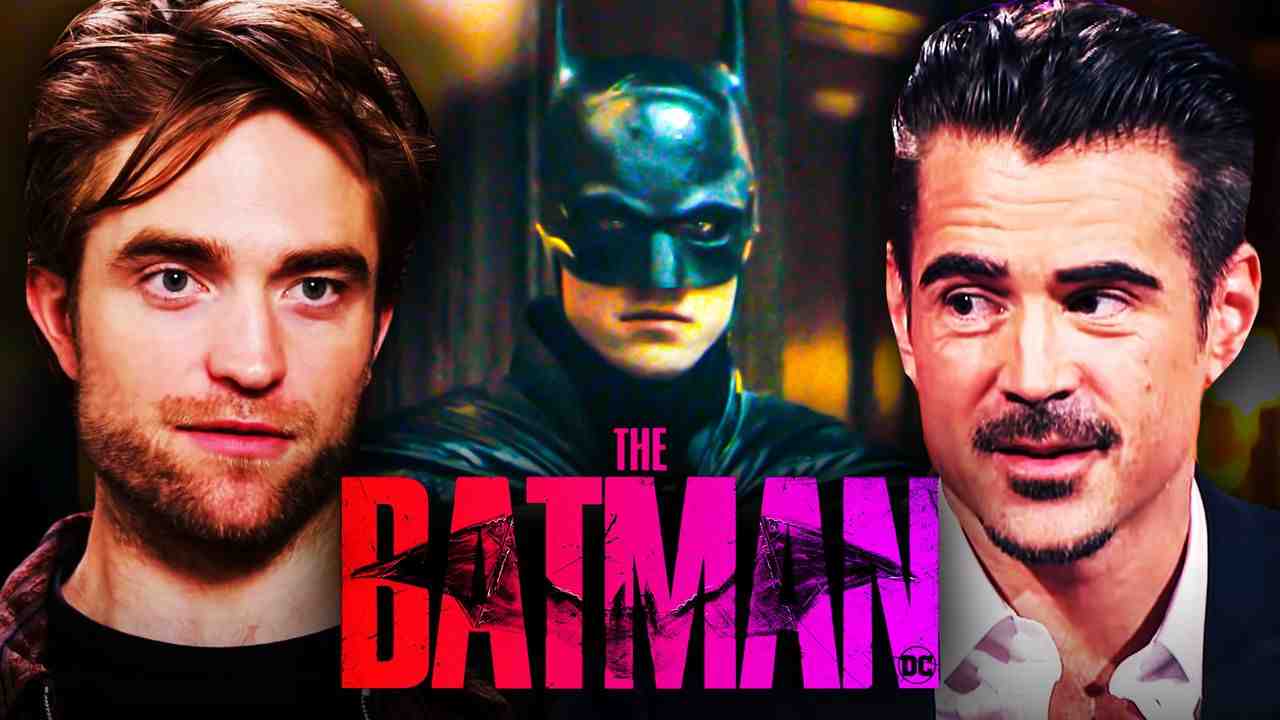 The Batman has had a long road leading up to its long-awaited release .

The film was initially set to hit theaters in June 2021, but was forced to suffer through two delays due to the global pandemic, being pushed back to October 2021, and later to March 4, 2022.

Robert Pattinson, the lead actor portraying Batman in the upcoming film , was reported to have tested positive for COVID-19 during filming, causing production to halt.

Aside from a teaser trailer released in August 2020 at DC FanDome and a handful of photos revealed to the public, fans have had to patiently wait for other looks at Pattinson's version of The Dark Knight . The trailer gave viewers their first look at actor Colin Farrell, who will be portraying the menacing Penguin, a character that will likely be alongside the Riddler as Batman's adversary.

In March 2021, director Matt Reeves took to social media to confirm that principal filming had wrapped . A new report has recently revealed Pattinson and Farrell's arrival at a shooting location, suggesting that the film is in its final days of additional photography.

THE BATMAN EN ROUTE TO SCOTLAND

A report from Daily Record shares that both Robert Pattinson and Colin Farrell are heading to Glasgow, Scotland to shoot scenes for The Batman throughout the next month.

Multiple scenes for the film were shot in a Glasgow cemetery in February 2020, shortly before the COVID-19 pandemic halted filming. The city was used as an exterior filming location for a Gotham City graveyard; that same location will reportedly be revisited for these reshoots.

The report added that both Pattinson and Farrell are set to film in multiple Scottish locations, completely wrapping filming by the end of July.

THE BATMAN IS ALMOST READY

It is encouraging to see that production on The Batman is close to completely wrapping up.

Due to the agonizing journey the film and actors have endured through so many delays and production halts because of the pandemic, fans can now rest assured that the movie will likely be releasing on schedule early next year.

It is also worth noting that reports about the film crew doing reshoots for the movie are a great sign. If there is enough time to be able to do these reshoots, that should only increase the quality of the final product.

Once production finally concludes at the end of July, fans can expect to see a second trailer in the coming months, providing more new footage of Pattinson's Caped Crusader, Paul Dano's mind-boggling Riddler , and Farrell's Penguin.