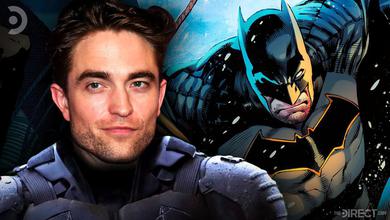 With a new Batman movie in production, fans everywhere are eager to see what director Matt Reeves' new take on the iconic DC character will bring. Robert Pattinson is breaking away from his teen-heartthrob status to take on the role as the Dark Knight and audiences are excited to see how this new younger Batman will break the mold of his predecessors.

The casting of well-known characters featuring Colin Farrell for The Penguin, Zoe Kravitz as Catwoman, and Paul Dano as Riddler have brought waves of speculation, with plenty of villains for Batman to take on in this new film.

But the casting announcement of Peter Sarsgaard for the role of Gil Colson has been one of the most mysterious. All that is known of Sarsgaard's character so far is that he is an original character created for the film and he will be a district-attorney who "has trouble telling the truth" and is "pretty distasteful".

In an interview with The Hollywood Reporter about Sarsgaard's new film Mr Jones, the actor also answered some questions regarding his time on The Batman.

Like every major production, filming on The Batman was halted earlier this year in the UK due to coronavirus. Sarsgaard expressed he is eager for filming to recommence but that it is harder for large scale productions to resume amidst the pandemic:

He also revealed that he doesn't have much left to film on The Batman, saying "I’m about 80 percent done with my part, so I would just like to do the last 20 percent."

He looks amazing. I have to say, he really, really does. The work he was doing was really cool. I really dug his Batman, and I can’t wait to see it [on-screen]. I think he’s a very interesting actor, and I’ve liked him in a number of things. I loved him in the Safdie brothers movie [Good Time] that he did. He was so good in that movie. And I actually really liked this one he just did. It’s crazy, to me, the comedy movie he just did with Willem Dafoe. The Lighthouse. It’s so strange and awesome. He’s just an interesting, interesting actor.

There has been speculation that major productions will continue to face filming delays, particularly as the pandemic continues to ravage countries. But with Jurassic World: Dominion being the first film to resume production in the UK in July, there is now hope that The Batman can get back on set, sooner rather than later.

Sarsgaard has avoided commenting directly on his character Gil Colson but fan speculation was rife when an image was shared by his wife, Maggie Gyllenhaal (The Dark Knight), showing Sarsgaard with half his head shaved. Another well known district-attorney character in the Batman universe who does things by halves would be Harvey Dent aka Two-Face, although Sarsgaard has worked to debunk these rumors. With 80% of Sarsgaard's part already done in The Batman it's possible his role is smaller in this film. However, this doesn't rule out more appearances for his character in the rest of the planned trilogy.

Pattinson's Batman is shaping up to be a standout in the long lineup of Batman portrayals. Pattinson has been training hard for the role and credits great superhero actors like Chris Evans and Robert Downey Jr. as inspirations. Along with Sarsgaard's excitement about Pattinson's approach to the role, it's looking like the new Batman will definitely be an interesting take.