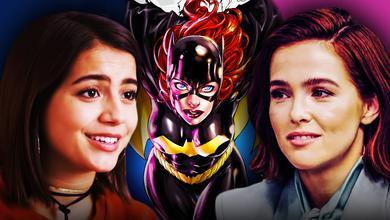 Warner Bros. is looking to 2022 for the start of its new expansion into blockbuster streaming content, particularly with additions to the DC Extended Universe that will interact with big-screen counterparts. This will kick off with John Cena's Peacemaker as well as Finn Wittrock's Green Lantern Corps series before the streaming platform gets its first exclusive movie in Batgirl.

Ms. Marvel directing duo Billal Fallah and Adil El Arbi will bring their expertise to DC once their first outing with Marvel Studios is finished, although story details for Barbara Gordon's DCEU debut are still largely unknown. Thus far, the only rumor that's come out revealed that the team is casting a new Commissioner Gordon, which will make it interesting to see how the movie will fit alongside the rest of the franchise.

While no official casting has come yet, the latest breaking news hints that this may happen sooner rather than later.

Deadline revealed that Warner Bros. is beginning to test out actresses this week for the role of Barbara Gordon in Warner Bros. & DC Films' Batgirl movie.

A NEW HERO IS ON THE WAY

Batgirl was initially announced in a group of two dozen titles DC-based titles coming to screen in the next few years, although there is still no timetable on production or release. That could change quickly now that casting is seemingly on the way for the movie's leading lady.

Warner Bros. is reportedly planning to release the film exclusively on HBO Max, another sign of how invested WarnerMedia-Discovery is in greenlighting high-budget, theatrical-type projects for the streaming service.

It's obvious that Warner Bros. is looking for top-notch talent to bring Barbara to life for this new live-action adaptation with names like Merced (Transformers: The Last Knight) and Deutch (Zombieland: Double Tap). The biggest question remaining is how long the casting process will take before the rest of the supporting cast is assembled around the Gordon actress.

With both Peacemaker and Green Lantern Corps likely coming before Batgirl, there is still likely plenty of time before more concrete news on casting, production, and release come to light.