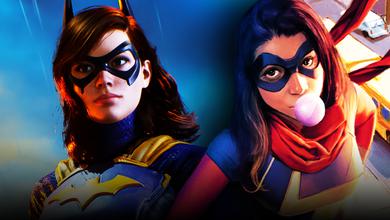 Batman continues to make a name for himself as one of the most popular heroes in comics, leading to expansions for his universe all across the media landscape. This includes new entries coming to the DC Extended Universe like next year's Gotham PD series on HBO Max as well as the recently announced Batgirl movie in the early stages of development.

Barbara Gordon will make her first true run in a live-action movie after first appearing in 1995's Batman & Robin, played by '90s cornerstone Alicia Silverstone. It's unclear if this is the same film that Joss Whedon initially meant to be directing a few years ago, but signs are pointing to progress being made on production for the movie soon.

That continues today with the announcement for the movie's directors, who are now no strangers to comic book projects.

FROM MARVEL TO DC

The Hollywood Reporter has revealed that Warner Bros. has hired Bad Boys For Life and Ms. Marvel directing duo Bilall Fallah and Adil El Arbi to direct a Batgirl movie. They join writer Christina Hodson on the crew for the movie, who has previously worked on Birds of Prey and The Flash for DC.

The outlet also reports that the Batgirl flick is being prepped for a release on HBO Max, suggesting that it won't have a traditional theatrical run.

BATGIRL HAS ITS STAR DIRECTING DUO

It’s safe to say Warner Bros. has found a couple of rock stars to direct one of their highly anticipated upcoming movies.

Fallah and El Arbi broke onto the directing scene in early 2020, taking over the reins with Will Smith and Martin Lawrence in Bad Boys For Life. This put them on multiple studios’ radars, even leading to meetings with both Marvel Studios and Warner Bros.

Their first comic book movie project will come with Marvel Studios’ Ms. Marvel, which will come to Disney+ later in 2021. While it’s unknown how many episodes the duo will direct, their passion for the work is evident as they help bring Kamala Khan into her first live-action adventure.

They will continue their work with female superheroes, tackling Barbara Gordon in her first featured role within the DCEU. Story details and casting information are unknown, but the hype is certainly building with this duo leading the way behind the cameras.