Agatha Harkness, played brilliantly on-screen by Kathryn Hahn, became a fan favorite coming out of WandaVision and cementing herself in the Marvel Cinematic Universe. Although, fans were still surprised when Marvel Studios gave Harkness her own spin-off show, Agatha: Coven of Chaos.

Typically, the comics division implements synergy in anticipation of Marvel films or shows. Whether it be putting the spotlight on one specific character, creating a sequel to a comic event about to be adapted, or redesigning a character to match more closely to their MCU counterpart.

In this case, it would be the latter, as "Midnight Suns" #2 will soon debut a younger look at Agatha Harkness.

Yassification of Agatha Harkness in Comics

Marvel announced that in issue #2 of "Midnight Suns," debuting October 19, fans will see "Agatha’s shrouded past" and a much younger look at the ancient witch. 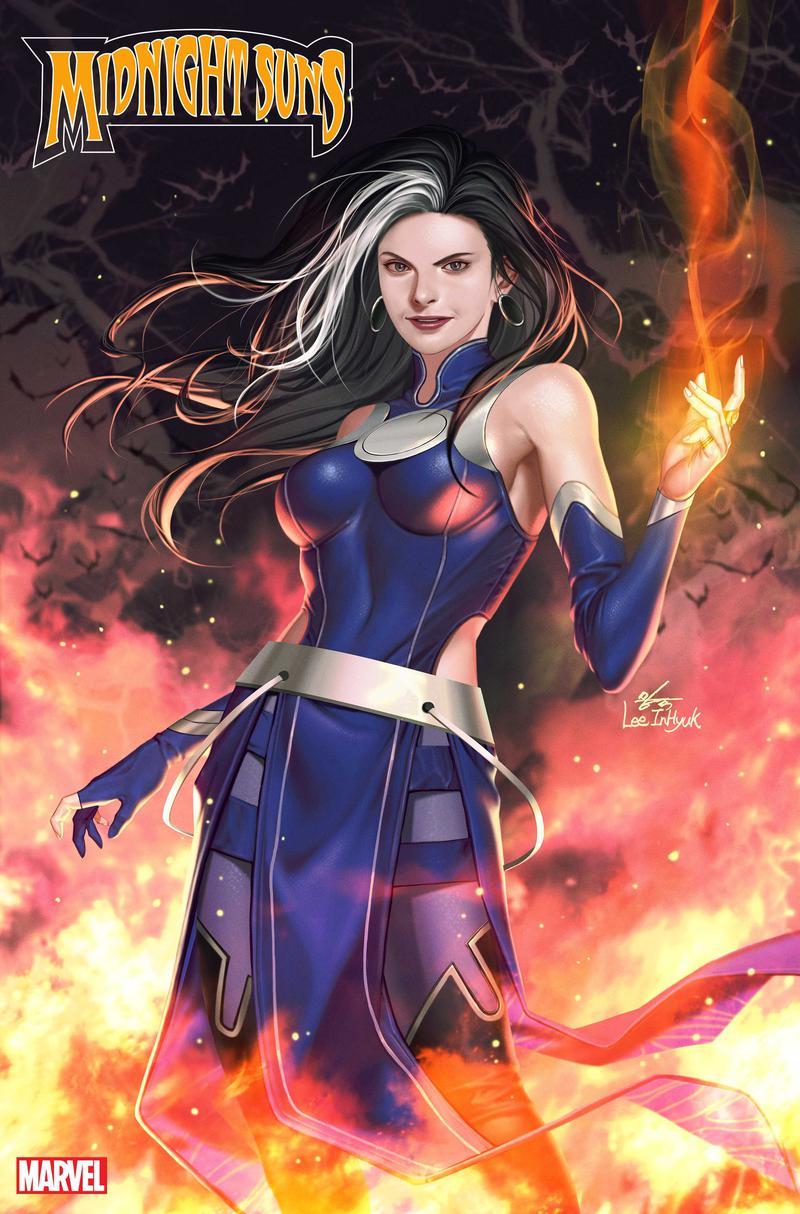 Shown off in a variant cover illustrated by InHyuk Lee for issue #3 of 'Midnight Suns,' Harkness is seen younger than she's ever looked, sporting a white streak of hair.

An accompanying character design sheet by artist Luigi Zagaria shows off more of her new, or old, costume.

Remember, Harkness has looked like an old woman in the comics for the longest time. So, the comics show off her youth now while also sporting a design that makes her look a bit more like Kathryn Hahn's Harkness in WandaVision. 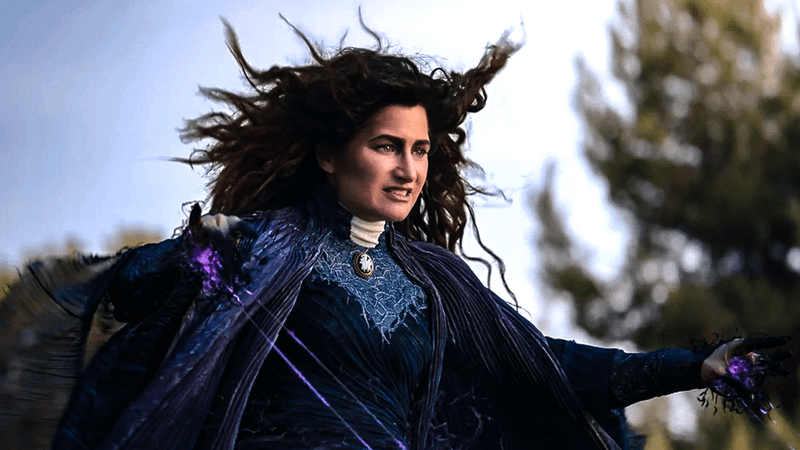 The writer for "Midnight Suns," Ethan Sacks, brings up the Disney+ series when discussing Harkness' upcoming appearance in the comic. He recalls Harkness being a fan favorite "long before her MCU debut in WandaVision:"

"Agatha Harkness has been a mysterious character that had Marvel fans under a spell long before her MCU debut in WandaVision. Getting to reveal some of her comics backstory, from her younger, more passionate, and less cynical days has been, well, magical."

Should fans expect to see Hahn fitted into a similar costume in Agatha: Coven of Chaos? The possibility is certainly there.

It's always amusing whenever the comics attempt synergy, especially when it's blatant. So yes, Sacks may have wanted to explore Harkness' past in the comics, but that didn't stop Marvel from making it a news story.

As for the story itself, it says that it's just exploring the witch's past, so it doesn't seem like Harkness will be making herself younger in the present day. But, if she did, that'd certainly be overt, even compared to past examples from Marvel Comics.

Fans will have to see if Harkness sports a costume like this when Agatha: Coven of Chaos premieres on Disney+ in Winter 2023.