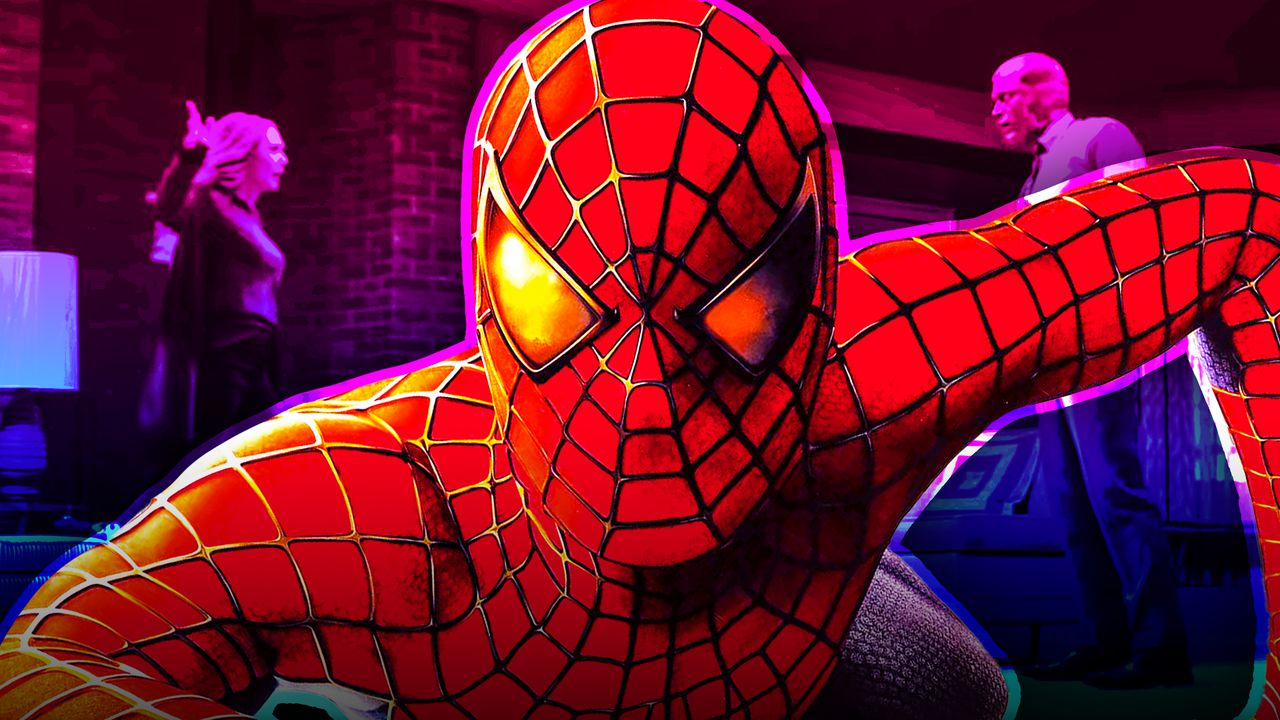 WandaVision is less than two weeks away from kicking off Phase 4 of the MCU. The series will star Paul Bettany and Elizabeth Olsen, reprising their roles as Vision and Scarlett Witch, respectively.

A "New Era" trailer of the upcoming DIsney+ project was released Monday morning, revealing even more about the nearing superhero sitcom. More plot details were unveiled, and Disney released the official episode count of WandaVision. Among the bevy of new plot and logistical details, the trailer also gave fans a glimpse at a curious Easter Egg.

At the 0:35 mark of the latest WandaVision trailer, a movie theater sign in the background appears to display Oz the Great and Powerful showing.

This Easter Egg is particularly head-scratching because if this is supposed to be sometime in the 1970s, Oz the Great and Powerful wasn't released until 2013. Here are a few explanations for this:

It remains to be seen how exactly the plot of Wanda and Vision being married over the course of many decades will be explained. One popular theory is that Wanda will be shaping her own new reality, similar to the House of M comic book. The key difference being that in the MCU, she will be bringing Vision back to life instead of her twin boys.

Oz the Great and Powerful could be appearing on the theater sign because Wanda liked the movie and it is being used as a form of comfort.

The other possibility is that exterior powers, like the people we've seen in hazmat suits outside of what looks like a force-field of some kind, are controlling this altered reality. In this case, they may have been studying Wanda and know that her favorite movie of 2013 was Oz the Great and Powerful, so they included it for her to feel more at home.

Sam Raimi is directing the upcoming Doctor Strange in the Multiverse of Madness film that will also star Olsen as Wanda Maximoff. Raimi also directed the teased Oz the Great and Powerful, so perhaps this is just an inconsequential teaser for her appearance in the Dr. Strange sequel.