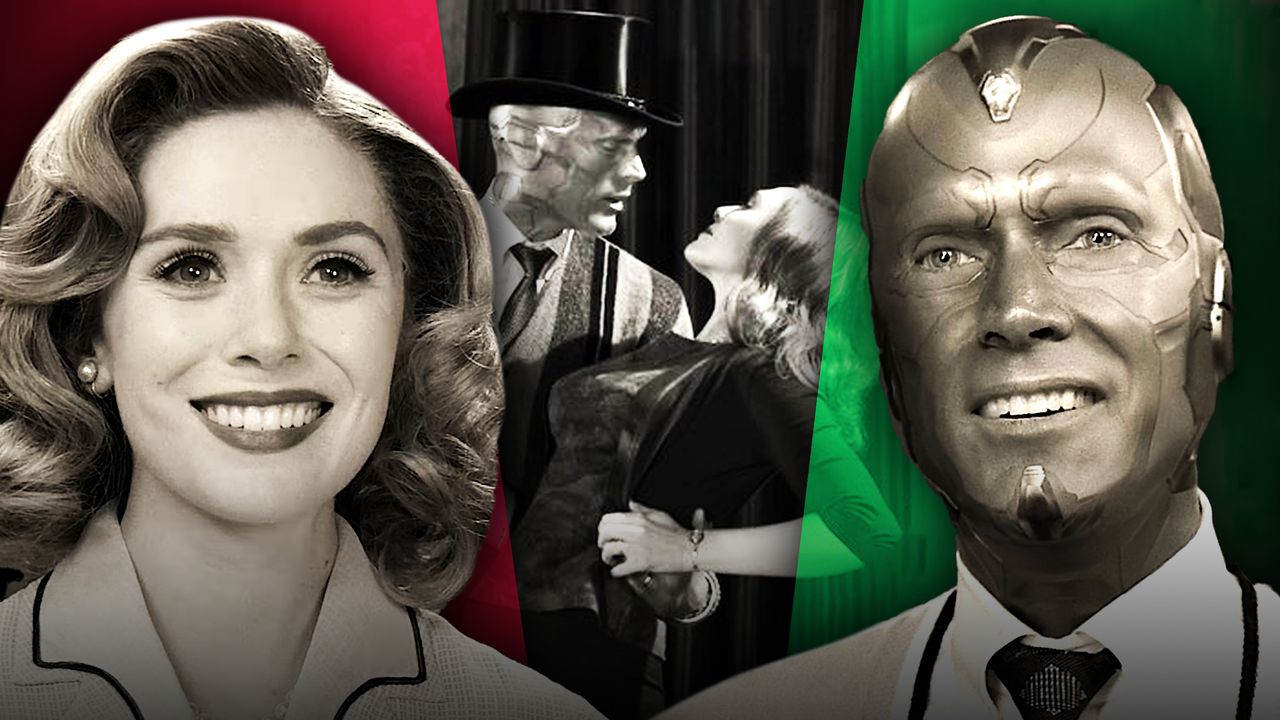 In October 2020, set photo leaks from behind-the-scenes of WandaVision showed Elizabeth Olsen dressed up for a possible circus performance. Leaked merchandise would reveal Wanda in this same outfit, with Vision wearing a suit and top hat, which stated that Wanda would be acting as Vision's magician assistant.

With the release of WandaVision getting closer, the marketing for the show has intensified, with new TV spots and trailers releasing seemingly every week before the show finally launches on Disney+ on January 15, 2021. Another TV spot has been captured, which gives greater context to that theatrical outfit Elizabeth Olsen was wearing and her being a "magician's assistant."

An attentive fan was able to record a brand-new TV spot for WandaVision, including more footage from the show, even showing Wanda and Vision performing a magic show.

Here’s a new WandaVision spot that was on my tv a few minutes ago featuring one of the twins beds!! #wandavision pic.twitter.com/F2pfOQ0jJF

Update: To ring in the New Year, Marvel Studios officially released the aforementioned TV spot above.

A poster for 'WandaVision' was officially revealed by Matt Ferguson.
Jess Hall said that he filmed 'WandaVision' with the same camera lenses that were built for 'Avengers: Infinity War' and 'Avengers: Endgame,' pointing out that it was important for the show to have "elements of continuity."
A still from "Episode 8" of 'WandaVision' was revealed.
See All WandaVision News, Rumors and Leaks on DirectFact

It seems like this magic show Wanda and Vision are performing is for their neighbors in Westview. It might be part of a larger competition, maybe a talent show, as indicated by the trophy Wanda is holding both in the TV spot and the exclusive image from TV Line.

The TV spot also shows Wanda and Vision preparing one baby crib, so it seems likely, in typical sitcom fashion, it will be comically revealed that Wanda will have twins, shocking both of them.

As for those circus tents that were seen on set, it could be that this whole magician act Wanda and Vision perform for Westview could evolve, on a much larger scale using the circus tents. Avengers: Age of Ultron actually included a line that could cause this connection, as Baron von Strucker called the Avengers “circus freaks.” So, the second performance at the circus could be in a far less humorous light.