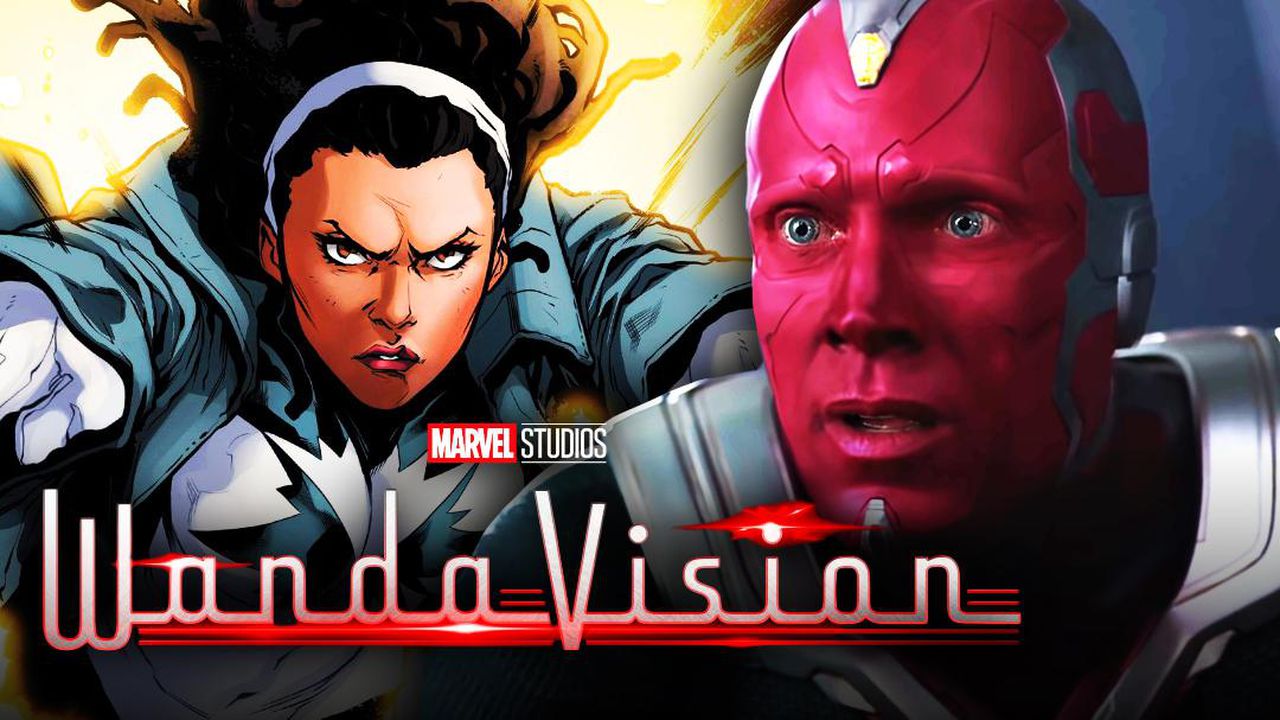 Marvel Studios is ramping up marketing for its first Disney+ series, WandaVision. That means merchandise for the series is gearing up to roll out, including some new bag clips that provide a look at some yet-to-be-seen outfits worn by characters in the series.

Monogram Products has a WandaVision line consisting of 11 new bag clips, each featuring a version of a character from the series.

Fans who have been curious about Monica Rambeau’s role on the show will be especially excited to check out this line as it has the first piece of merchandise featuring her character.

In her bag clip design, Rambeau appears to be wearing a superhero-style suit reminiscent of her classic black and white Marvel comics suit. There looks to be a miniature symbol of some kind on the front, possibly for S.W.O.R.D., the organization hinted at in the post-credits scene of Spider-Man: Far From Home and previously reported to be part of WandaVision.

This seemingly confirms that Rambeau will be one of S.W.O.R.D.’s agents, and that the organization will be dealing with the sitcom world created by Wanda in some capacity.

The rest of the designs in this bag clip series are of Wanda and Vision, which makes sense since the show will cover several different bygone sitcom eras each featuring dramatically different looks for its two leads.

There are the 1950’s, 60’s, 70’s, and Halloween-themed 90’s designs, as well as a set of outfits that have not yet been seen in official promotional material. It appears Wanda is wearing a circus-style leotard and white gloves, with her hair in an updo covered by a top hat or possibly a bowler hat, and Vision is wearing what is certainly a top hat along with a dapper suit or tuxedo.

While set pictures revealed actress Elizabeth Olsen wearing a leotard that matches the one on the bag clip, it was previously unknown exactly what era this part of the series would take place in. However, given that the image below appears to display the clips in chronological order and these two clips are in black and white just like the 1950’s and 60’s ones, it seems like this circus-related scene will take place in the 1960’s-era of the show.

WandaVision will begin streaming on Disney+ on January 15.