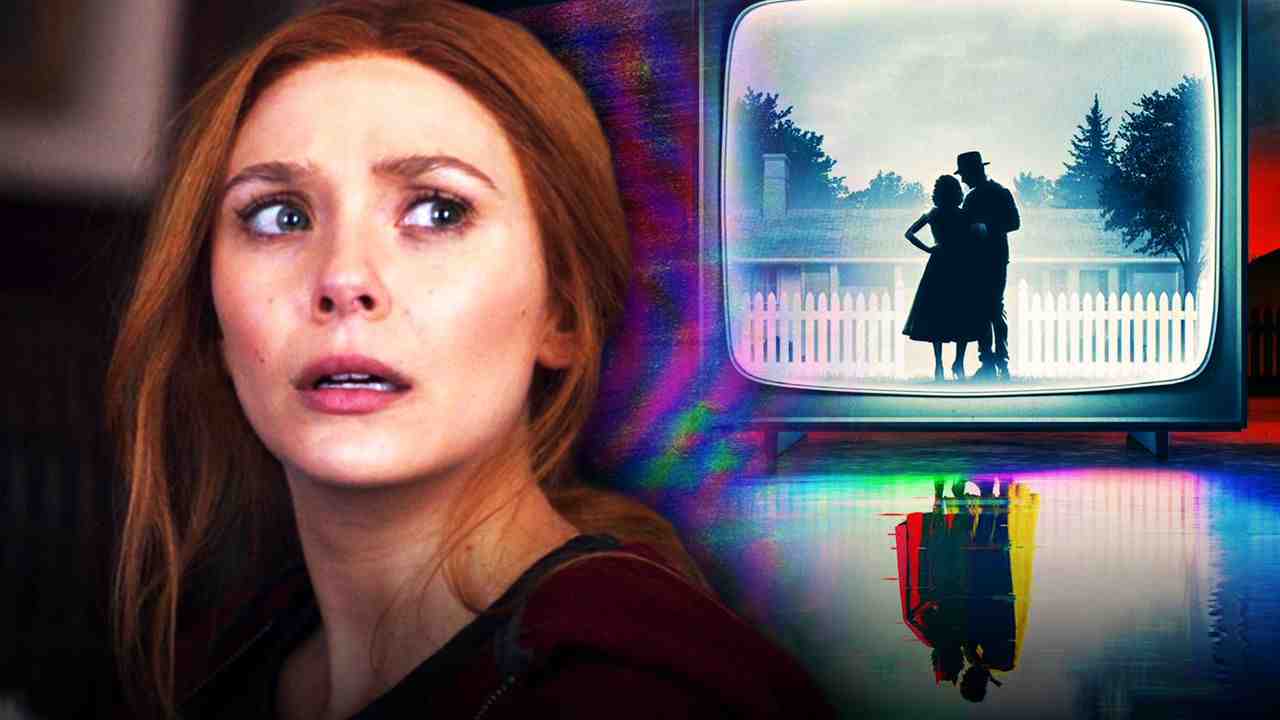 WandaVision 's nature as an era-hopping sitcom mystery in the Marvel universe has turned it into one of the most unique properties to come out of the MCU so far.

Jumping through eras from the 1950s all the way through to the modern 2000s has allowed the creators to explore a variety of stylistic nuances to match the setting of each installment led by the two leads, Elizabeth Olsen and Paul Bettany.

As the series moves ever-closer to its dramatic conclusion , it is hard to believe it has already been six weeks since the series made its Disney+ debut in a fairly simple '50s episode. However, by this point, things have drastically changed for the series as it turns increasingly into the Marvel action-spectacle fans expect from the MCU .

Throughout its run, a slew of amazing art has come out of the show in a huge variety of different styles to match each weekly installment. However, the newest poster for the series has just been released, showcasing something very different as it reflects on the jump from the first to sixth episodes .

In a recent tweet, artist Matt Ferguson from Cakes Comics revealed a brand-new official poster that he has designed for WandaVision. The uniquely styled poster showcases art of Elizabeth Olsen's Wanda and Paul Bettany's Vision from both the original '50s episode and the '90s Halloween extravaganza.

The poster art can be seen below:

Marvel UK has retweeted the original tweet, promising a giveaway that offers the chance to win one soon.

Check out this incredible new poster art from @Cakes_Comics for #WandaVision! We’ll be giving a few away soon, keep your eyes peeled for a chance to win. https://t.co/XkoZrNTOkY

THE SURPRISE HIT OF WANDAVISION

Kevin Feige and Marvel Studios have proven with WandaVision that they can truly do anything. When the series was first announced, a lot of people questioned the decision to put two of the most powerful Avengers - played by Elizabeth Olsen and Paul Bettany - into a sitcom taking place across multiple decades.

The series has truly turned into a viral success for Disney+ as the mysteries of the show continue to be discussed across social media. The first episode proved to be controversial among Marvel fans as it did an excellent job of paying homage to I Love Lucy , something Marvel's younger fans won't be used to.

But many viewers stuck through it and by now are experiencing what some have called the best MCU project to date . The Halloween episode was arguably the biggest one for the series yet, as Vision explored the outskirts of Westview and Evan Peters' Quicksilver came to town to terrorize Wanda.

So, this gorgeous piece of poster artwork is an amazing homage to the show as it cleverly reflects the contrast in the show from the early episodes to its most recent installments.

WandaVision will release its penultimate chapter tomorrow, exclusively on Disney+.