WandaVision was the very first project in Marvel's fourth phase of their Cinematic Universe.  It was met with mostly praise, with even the mixed responses finding high praise in the intimate emotional moments the show provided the characters.

Needless to say it certainly made an impact, and served to only prove that the hype for Marvel and their heroes hasn't died down one bit since their last project in 2019.

Next on the docket is The Falcon and the Winter Soldier, starring Anthony Mackie and Sebastian Stan as Sam Wilson and Bucky Barnes respectively.

The show aims to focus on the weight that Steve Roger's legacy has , and how the shield embodies that. It will also serve as a tale that will theoretically end with someone new taking up the Captain America mantle.

With all of that, the show will certainly be bringing its own unique flair to the MCU much like WandaVision provided their own completely original journey. The hype is at an all-time high for the show, so much so that even Wanda and Vision feel it. 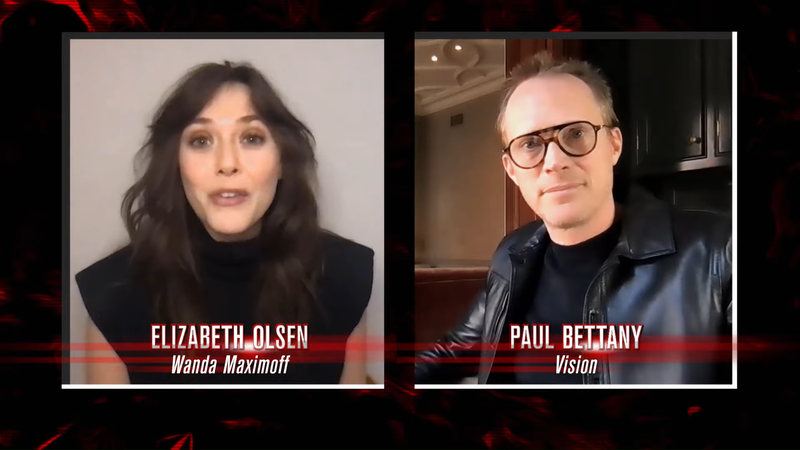 As part of the virtual launch event for Marvel's The Falcon and the Winter Soldier , Elizabeth Olsen and Paul Bettany were on hand to congratulate the cast of the show and voice their excitement for seeing Sam Wilson and Bucky Barnes lead their own show.

While The Falcon and the Winter Soldier was certainly going to be a thing no matter how WandaVision went, Elizabeth Olsen is still right: they paved the way.  The success of that show, and the hype that it has generated amongst fans, is going to propel this show higher than it may have initially been.

Just look how Loki is currently trending . This is truly the beginning of a new fantastic era of Marvel.

Like WandaVision , The Falcon and the Winter Soldier is set to explore the aftermath of Avengers: Endgame . However, this time around promises to really get down into the details about what life is--and was--like in a world where Thanos erased half of existence.

Sam and Bucky's journey promises to bring its own uniqueness to the table, while also bringing things back to what one might call standard MCU affair .