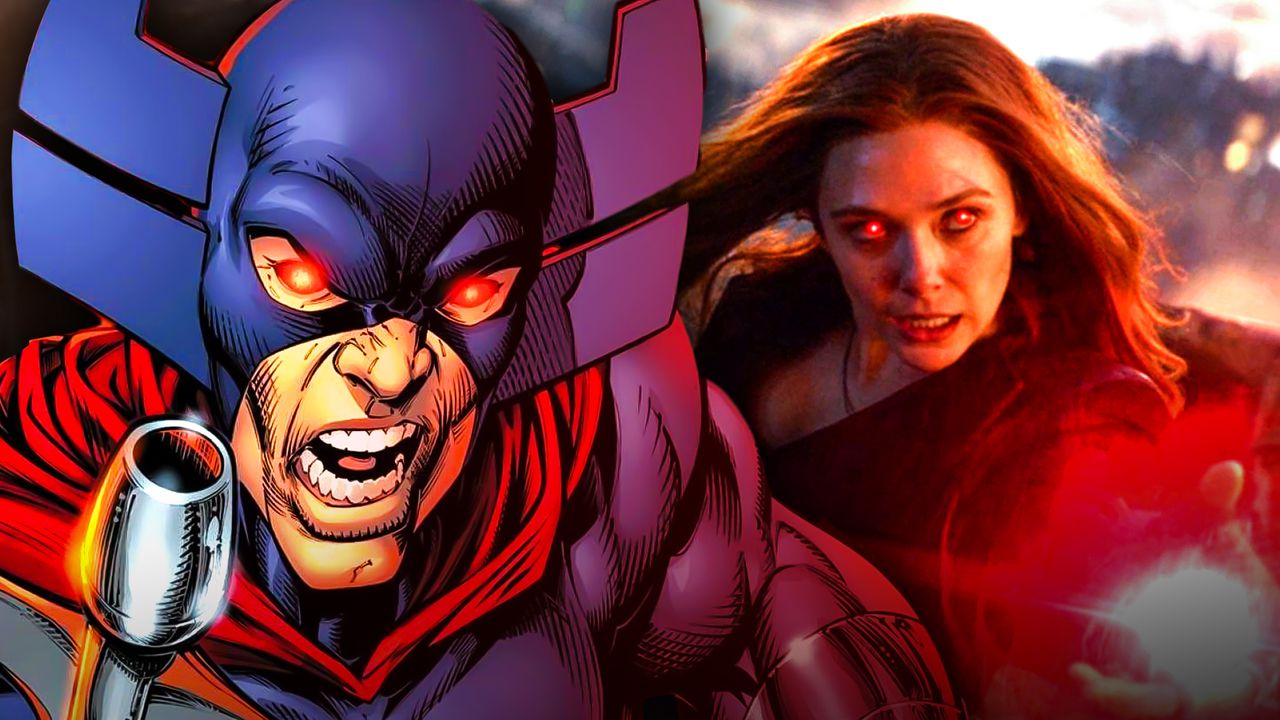 WandaVision has finally arrived, launching on Disney+ with two brand new episodes packed with laughter, charm, and, of course, Easter eggs. The episodes were a bold new direction for the MCU, completely distinct from any Marvel property that has come before it.

With the premiere, Marvel Studios released a behind-the-scenes featurette that shows what the black-and-white sets look like in full color. The production company even updated their opening logos, sprinkling in a healthy dose of Avengers: Endgame footage.

In classic Marvel fashion, "Episode 1" and "2" featured several Easter eggs and references to the wider MCU. The series oddly alludes to a minor Spider-Man: Homecoming character, in addition to using commercials to reference traumatic events from Wanda's past.

In another quite literal blink-and-you'll-miss-it reference, WandaVision includes an allusion to one of the comics the series is inspired by...

During the animated intro to "Episode 2" of WandaVision, a brief frame of Vision phasing through walls and ceilings reveals what's hidden inside their home. In the space between the first and second floors, the helmet of the comic book villain Grim Reaper can be seen, in addition to several bones and cobwebs.

The Grim Reaper is a key player in Tom King's comic book run on Vision, which WandaVision is partially inspired by. The comic book storyline follows Vision with his own robotic family, as they try to adapt to living a suburban lifestyle.

Grim Reaper invades Vision's home whilst he is away at work, injuring Vision's son and daughter Vin and Viv. This forces Vision's wife, Virginia, to attack the Grim Reaper, accidentally killing him in the process. In order to keep this secret from Vision, Virginia hides the Grim Reaper's body in their backyard.

This Easter egg wasn't included on accident, so there is quite a strong possibility that this helmet inclusion could herald the arrival of the Grim Reaper.

Unlike the actual Keeper of the Underworld, Marvel's Grim Reaper is traditionally just a supervillain with a technological scythe for a hand. The scythe is capable of a few key abilities, such as being able to spin quickly and shoot blasts of energy. Some versions of the character also have him fall more in line with his real world counterpart, being able to use necromancy and illusion casting.

What is perhaps most exciting about this reference is that Grim Reaper could very well be deceased. A grim thought, to be sure, but Westview is clearly hiding something dark under its deceiving outward appearance. The bones could indicate that the supervillain's body has been concealed in Wanda and Vision's attic, hidden from view to prevent more trouble. Perhaps Grim Reaper's death is the inciting incident that caused Wanda to snap and construct this more comforting reality around her.

Another possibility is that it could be foreshadowing the appearance of Vision's robotic family considering his involvement in Tom King's run of Vision. The addition of Virginia, Vin, and Viv would certainly be a surprise that could add some classic sitcom family drama to the mix, so perhaps they could be at the heart of this Grim Reaper debacle.

Agnes also seems to possess a pin that features a design with the Grim Reaper and two children. Could this Grim Reaper business go even deeper than the comic book character?

The first two episodes of WandaVision are streaming now on Disney+.