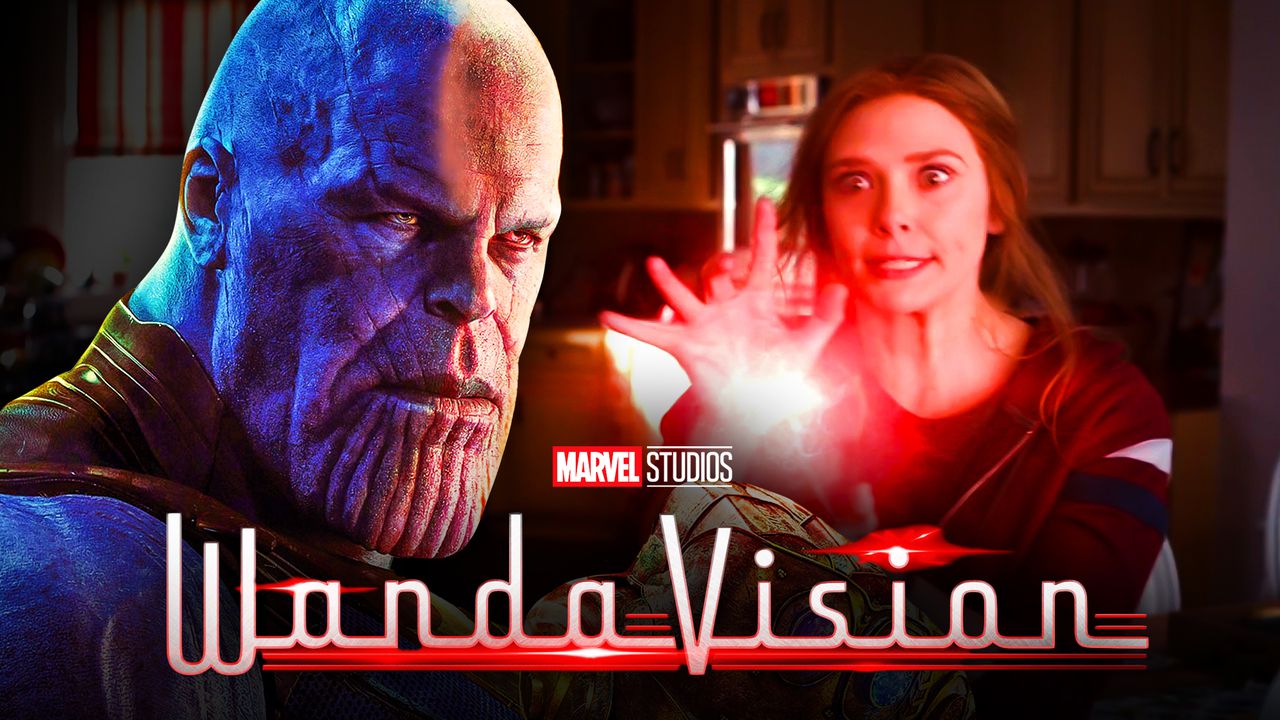 Warning: This article contains spoilers for “Episode 8” of WandaVision.

“Episode 8” of WandaVision was full of twists and turns as it gave a plot full of exposition for Wanda Maximoff and Agatha Harkness. With an epic final battle set up for the finale, fans are anxious to see how the end of the MCU’s first mini-series season will play out.

Throughout the first eight episodes, Marvel has done an immaculate job of laying out Easter Eggs in ways that add context to the story and pay respect to the franchise's history. Examples of this include the various commercials that played during the sitcom-based entires as well as real-life nods like the late Stan Lee’s birthday appearing in the introduction to “Episode 7.”

This weekend’s story continued this trend with a “blink and you’ll miss it” tribute to one of the biggest moments in MCU history.

“Episode 8” of WandaVision shows how Wanda Maximoff created her sitcom version of Westview during her breakdown dealing with Vision’s death.

As a "wave" of red magic encapsulates the entire town to transform it into a 1950s black & white setup, a billboard on the side of a building can be seen with the phrase “Make cleaning up a SNAP!” as well as the word “Lagos,” referencing the super heroic events of Avengers: Infinity War and Captain America: Civil War that Wanda was heavily involved in.

Jeremy Renner confirmed that he has finished filming scenes for 'Hawkeye.'
Elizabeth Olsen teased the "horror show vibe" of 'Doctor Strange in the Multiverse of Madness.'
'What If...?' was rumored to feature Steve Rogers as Spider-Man.
See All MCU News, Rumors and Leaks on DirectFact

WANDA’S PAST STICKING WITH HER

As has been the case throughout WandaVision, Marvel Studios is doing an outstanding job of not only referencing the MCU’s past, but making sure it connects directly to the central heroes.

“Lagos” refers to the city where Wanda helped defeat and kill Crossbones in Captain America: Civil War. In this event, she threw Brock Rumlow into a building full of people as he exploded, accidently killing multiple innocent civilians. It's noteworthy that WandaVision brought back the faux "Lagos" brand in Wanda's sitcom world after debuting it in the paper towel commercial in "Episode 5."

As for “Snap,” this obviously ties back to one of the single biggest moments in MCU history. In Avengers: Infinity War, the Mad Titan Thanos killed Vision and defeated Wanda before completing the Infinity Gauntlet and snapping his fingers to wipe out half of all life in the universe.

These are two of the most impactful moments in Wanda’s life, both of which contribute to the pain and suffering she feels so often in the MCU. It makes perfect sense that in another moment of pure grief, these two moments come to the forefront of her mind once again.

It will be interesting to find out which MCU references will find their way into the season finale. No matter what they turn out to be, they will surely delight fans who have been keeping up with the story the whole way through.